Deaf engineer Carsten Lyse could, despite his modest 44 years, write an exciting first volume of an autobiography. He has realized dreams, obtained a high education, started a family, and climbed the steep career ladder in one of Europe’s leading engineering companies.

From a harmonious upbringing in Zealand, Denmark, he has stepped out onto the catwalks of the fashion meccas, and assumed responsibility for large projects in one of Europe’s leading engineering companies. He also has a severe hearing loss. He wears hearing aids, specifically Phonak Audéo Paradise. He also uses technology like Roger On and Roger TableMic II in his private life and at work.

Life in the Countryside 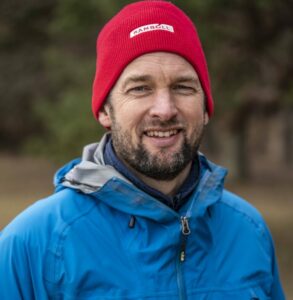 Deaf engineer Carsten Lyse grew up on Sjællands Odde with his twin brother and an older sister. He thinks back to it as an idyllic upbringing in the countryside with water on both sides.

He and his siblings went to the small local school, where the classes were small. It was a fantastic childhood – close to water and nature. There was always something going on in the small local community. They were never bored.

“We were only 10-12 students in the class, girls and boys evenly distributed,” Lyse said. There was plenty of football and fishing for him and his brother.

After the eighth grade, the world opened up. Every morning he left by bus to a new and bigger school in Højby, a good half hour’s drive. His favorite seat was at the very back of the bus, where he could have a little nap. Keeping up with the class despite a significant hearing loss required a lot of energy – an energy that should also make room for sports and games. During the ninth and tenth school years, however, football rolled over the sidelines in favor of volleyball and a place on the union team.

“It was in Højby that I really became fascinated by mathematics and physics,” Lyse said. “It was an exciting couple of years. I must honestly admit that there was also a party and a few beers, but I was probably more of a geek than the big party loser.”

Moving Away From Home

Technical high school in Holbæk was young Lyse’s next stop. There, he could immerse himself in his new favorite subjects. He was only 16 years old when he left home. Together with two other local boys, adventure unfolded. The first year he often came home at weekends, but the next couple of years, he hardly visited the family. What little free time he had he spent on divisional volleyball.

When high school was over, Lyse was ready for a break. His older sister was the source of inspiration. She had gone on a trip after high school and came home with many fascinating stories. Following suit, Lyse traveled in Australia and New Zealand. 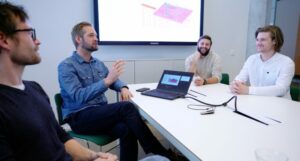 In Sydney, Lyse was stopped on the street. A casting crew asked if he wanted to be in a commercial for some surfing gear. He really wanted to, but reason got the better of him. The next morning a plane bound for New Zealand was waiting but he turned down the role.

However, Lyse could not completely free himself from the thought of commercials. Once back home in Denmark, his sister also pushed. After a few inquiries, Lyse had a modeling contract. In the next few years, he stepped into the fashion industry’s limelight in Hamburg, Milan, and New York. He was barely 22 years old when he returned to his studies.

Studying to be a Deaf Engineer

Five focused years followed, where Lyse read eagerly from a small apartment in Nørrebro in the King’s city. He had already experienced the wild student parties and outdoor life, so he adapted quite easily to the books. The course started at the engineering college in Ballerup and ended with two years at DTU, where in 2004 he graduated as a civil engineer.

He still carried a dream of returning abroad, but he now had a son and new obligations. Therefore, he stayed in Denmark. Today, after almost 20 years in Copenhagen, he is again looking forward to moving out of the city to enjoy family life in more rural surroundings. He longs for the harmony and security he grew up with.

Working as a Deaf Engineer

Lyse’s office is not far from Kastrup airport. Rambøll is one of the major players in the engineering industry. The Danish head office does not lack a signal effect. Shaped like a giant glass boomerang, the building is an unavoidable landmark along the road from the capital to the bridge over the Øresund.

Here, on one of the upper floors, Lyse has his daily work. He has been employed by Rambøll since 2006, where he enjoys the great challenges in collaboration with good colleagues.

Carsten’s specialty is geotechnical installations – all the fundamentals that take place underground on projects such as high-rise buildings, railways, bridges, tunnels, and the like. His projects are located both in Denmark and in other countries. He is wildly impressed at all the new things fresh blood brings into the profession and enjoys being challenged.

“It is exciting to work with something where you still learn something new,” he said.

It is exciting to work with something where you still learn something new. 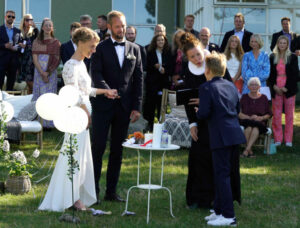 The visit to New Zealand after high school gave him a taste for mountains and great nature. Since then, he has satisfied the urge to climb the high peaks on hikes in Norway and Scotland. Jotunheimen in Norway is a favorite, also because it is available nearby. He has already walked the Besseggen with his son. The two have planned a hiking trip in Scotland next summer.

Lyse prioritizes time for outdoor activities. He shares his experiences with his family as often as possible – not least through the small local adventures with tent and sleeping bag, fishing rod and the slightly dented black campfire pot. He always looks forward to getting out again.

But first, life offers a few other milestones. There was a family addition in August and a new house in the country in October. It will be an eventful autumn for the little family. “However, the house is big, and I’m only 44, laughed Lyse. “There is still something to run on.”

Read the original Danish version of this article here