How my life changed when I wore my hearing aids

Deciding to wear hearing aids can sometimes be a difficult decision.

Wearing hearing aids is something 35-year-old C.M. King wishes she would have done earlier in her life, but she still is grateful for how hearing aids have changed her life today.

Tinnitus at a young age

“Tinnitus,” says King. “It all started with the tinnitus, when I was pretty young, around three or four, I’m guessing, but maybe sooner. But that’s what I remember. My earliest memories are of lying in bed and unable to sleep because of the humming in my ears. The tone that I’ve always had sounds like an oboe A, and over the years I’ve gotten more and more tones in different pitches: tea kettles, bassoons, cicadas. I truly thought for the first 12 years that everyone heard these sounds. They never cease; I hear them every minute of the day, as long as I’m awake.”

Noticing from an early age that King couldn’t hear as well as those around her, her parents asked teachers to place her at the front of the class. Doctors at the time assumed her hearing loss was due to childhood infections. This was wrong, however. King wouldn’t get a correct diagnosis until she was 30 years old. She has sensorineural hearing loss, caused by a genetic disorder, that is slowly progressing towards complete deafness and has been told that she will likely lose her remaining hearing by the time she is 80 years old. 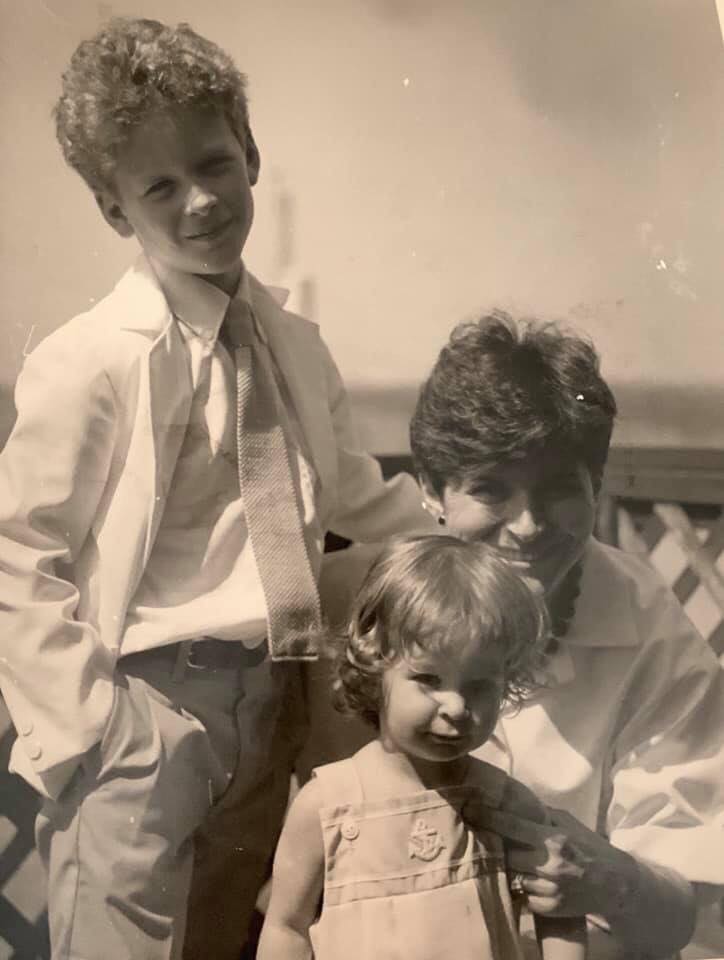 Having the opportunity to get hearing aids back in the ’90s is still a regret, however, due to peer pressure and the stigma attached to deafness,  the chance slipped by. Back then there were some people who saw hearing loss as a mental disability, rather than a physical one.

Confusion and miscommunication became another part of life. This was difficult, particularly when others thought she considered herself above them, but really she couldn’t hear them.

It was around the time of seventh grade that King got her first pair of hearing aids. Fear of being bullied made her dig her heels in and refuse to wear them, which hardly helped the situation.

“I wish someone had been able to convince me how much I needed them,” laments King, “and reassured me that hearing was more important. I wish I had been stronger.”

Her school grades began to go up, despite the lack of hearing aids or peer interaction. This was because she made studying her life.

College as a game-changer

College was a game-changer. All of a sudden she was faced with large lecture halls filled with 80 plus students and all of the hearing challenges that this presented.

“One day I came to class just before it started and tried to sit in front,” King says. “The girl sitting next to me informed me that her friend was sitting there; she was saving the seat for her. I didn’t explain to her, as I should have, that I needed to sit in front so I could hear the lecture. Instead, I got frustrated and told her that her friend should be there if she wanted the seat, and that it wasn’t elementary school anymore. She held a grudge towards me for the rest of the time in college. I still feel sorry that I spoke to her so rudely and that she misunderstood me to that extent. At that point, I was really taking my frustration out on others.”

Double majoring in architecture and Spanish, King’s wake-up call came the day she started doing poorly during a conversational Spanish class. In the English speaking class watching Spanish films, King was the only student unable to understand anything in either language. She decided that she had to bite the bullet and get hearing aids.

“When I got hearing aids, to say my life changed is an understatement,” King says. “I became more outgoing and friendlier to others. For the first time, I enjoyed being with people.”

“When I got hearing aids, to say my life changed is an understatement.”

Why wearing hearing aids is important

Success in life isn’t always about being given a break or about being lucky. More often than not, it’s about being strong-willed and having the tenacity to be the person you know you are waiting to become. King has proven this.

“At times I do get sad that I missed out on so much, but our experiences shape who we are, so maybe it wasn’t a bad thing. I’m more empathetic to others because of whatever I went through.”

Read more: Why I decided to wear my hearing aids