How Phonak Marvel hearing aids are transforming my life

How my life changed when I wore my hearing aids

Anne knew something was going on inside her body. She had frequent fevers, chills, and nausea. Her ears were making a strange chirping noise, then all of the sudden she lost her hearing in her right ear.

She went to the doctor several times, but was told there was nothing wrong.

“It was strange,” says the 37-year-old. “I wondered what my body was doing, but no doctor could help me.”

Eventually, she found a doctor who ordered an MRI. That’s when they discovered the brain tumor.

The acoustic neuroma brain tumor had been growing for the past six years on her nerve cells, doctors told her. That was the cause of her hearing loss. When Anne first found out about her brain tumor, she felt disbelief and questions raced through her mind.

“At first it felt unreal and I asked myself a lot of questions,” explains Anne. “For example, where the tumor came from and whether I would be able to get it away with medication. I admit that was a very naive thought at first. But I had never had such a diagnosis before and I tried to deal with it somehow.”

She dealt with her diagnosis and surgery with optimism. By remaining positive, she realized how an attitude can affect your life.

“Ultimately, the psyche plays a major role in connection with our physis and vice versa,” says Anne.

Doctors were successful in removing the tumor, but after Anne’s life had forever changed after the surgery. She had partial paralysis on the right side of her face and she still didn’t have hearing in her right ear.

The months ahead consisted of different types of therapy and hard work for Anne to regain her balance and speech.

“However, it took almost three months before I could go straight ahead again,” Anne says. “Because my balance nerve was severed, I had major balance problems and received physiotherapy. In the beginning, I couldn’t put a foot in front of each other. And because of the facial paralysis, I got speech therapy.” 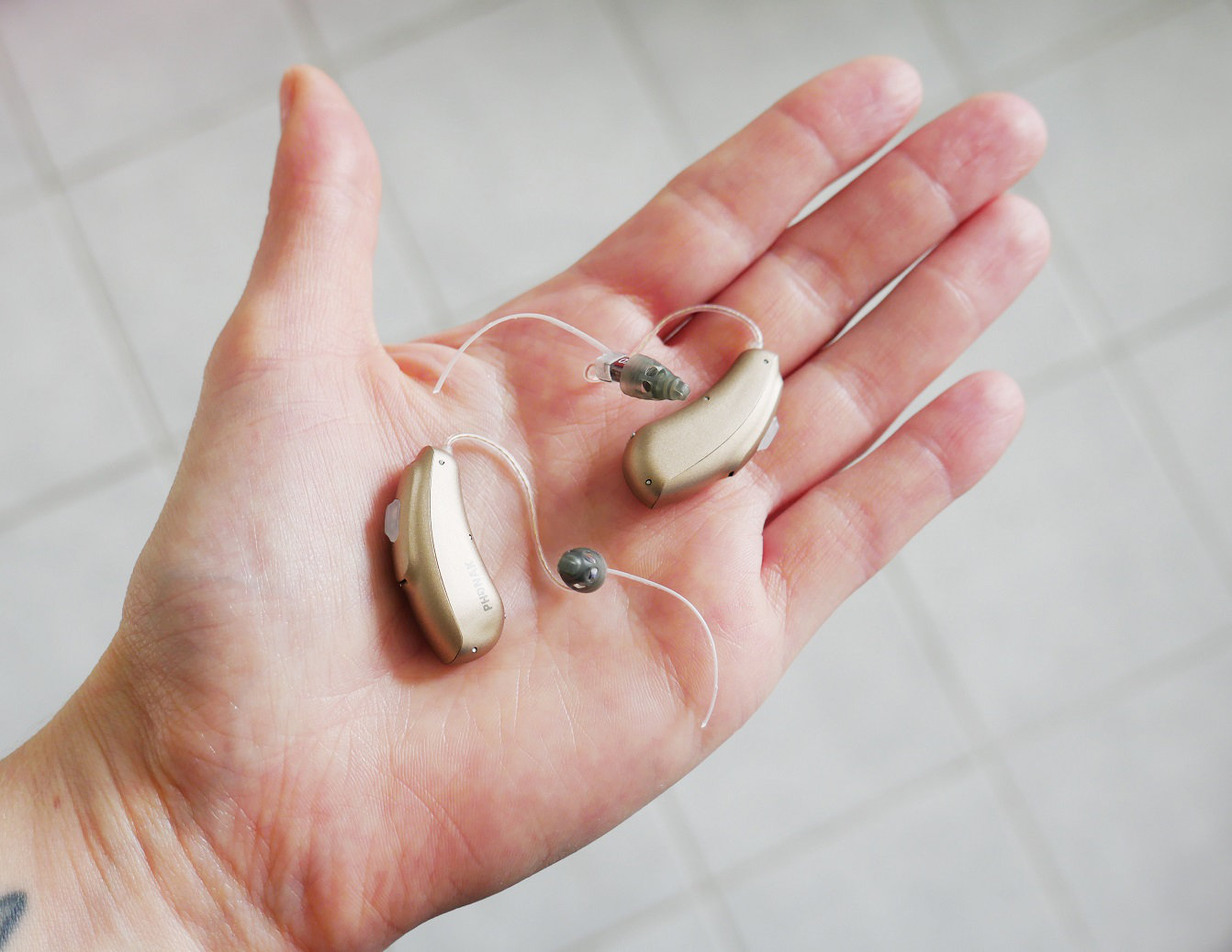 Immediately she began looking for a hearing solution, and was fit with Phonak CROS hearing aids, for unilateral hearing loss. When she wears her hearing aids the sound from her deaf ear is transferred to her “good ear,” so she doesn’t miss out on the noise happening next to her “bad ear.”

“Of course, it is true that you can no longer hear as you would with two healthy ears, but I am no longer too overwhelmed with background noises and thankful for this support,” Anne says.

It wasn’t easy adjusting to hearing aids, as Anne recalls often leaving them at home when she first got them. She also had to adjust to the sound, which was unlike a sound she had ever heard before.

Standing up for those with hearing loss

Although Anne is new to hearing loss, she quickly dove into advocating for herself and the deaf and hard of hearing community. Anne says she originally starting advocating to help and encourage others who have had an acoustic neuroma brain tumor. She wrote a book about how she dealt with her acoustic neuroma brain tumor and hopes it will help others that are in the same boat as she was. As time went on she began to learn more about how the world isn’t as accessible to people with hearing loss at is to those with normal hearing.

“I quickly realized how much the world is actually set up to hearing people,” says Anne. “I wanted to counteract that. Why is wearing glasses for example accepted in society, but wearing hearing aids is still a phenomenon to some people? But no one, neither glasses nor hearing aid users have to be ashamed. This is why I am wearing my hearing aids with dignity, pride, and courage. And everyone should do that! This is exactly what drives me.”

“Why is wearing glasses for example accepted in society, but wearing hearing aids is still a phenomenon to some people?” 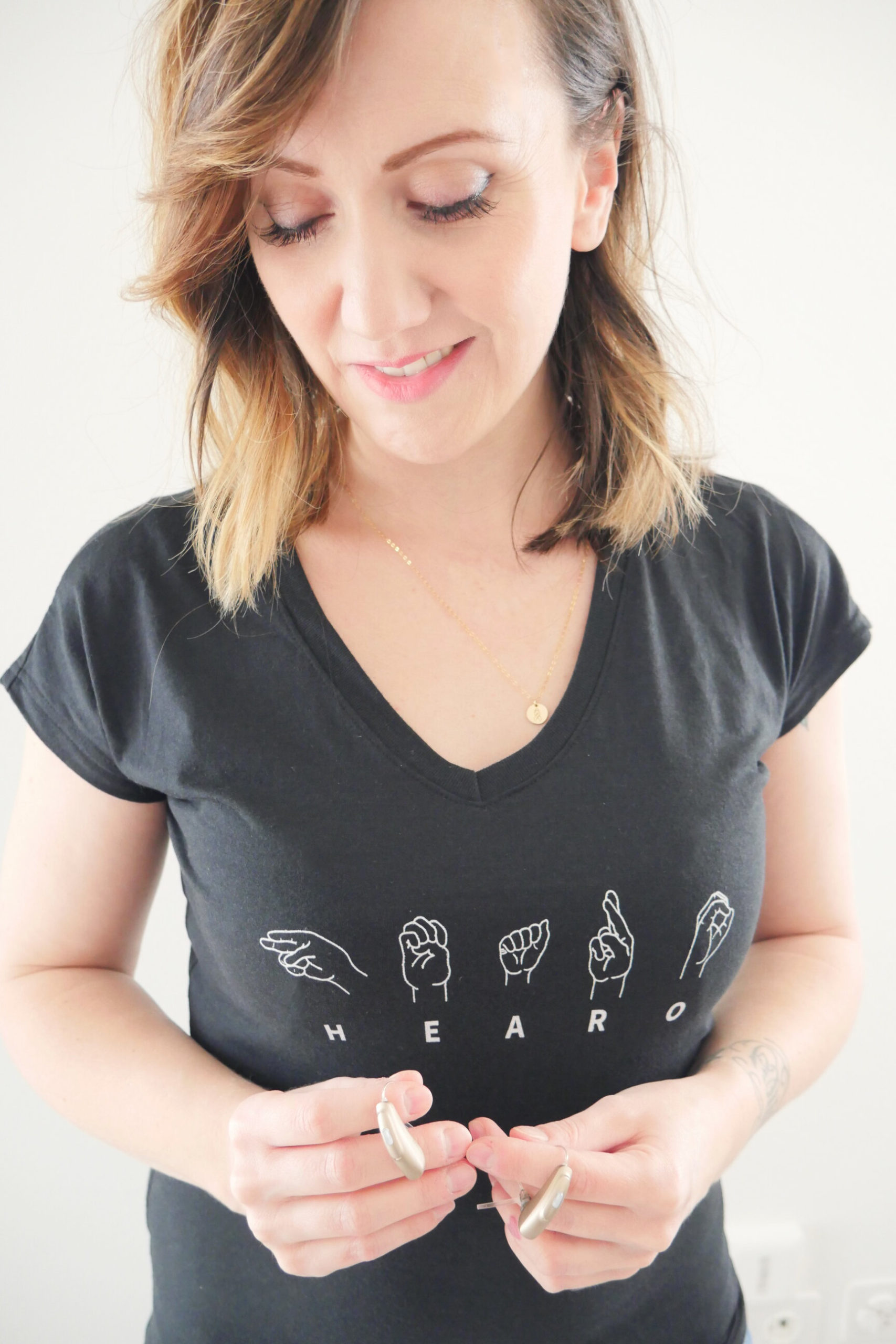 With a drive to change how society views hearing loss, Anne is posting pictures on her Instagram account and videos on her YouTube channel, to show how she lives her life with hearing loss.

She is also learning German Sign Language, (DGS) and plans on sharing her learning journey on social media as well.

Anne is motivated to connect with others in the hearing loss community and wants to join together to make change happen.

“I am full of ideas, but foremost I would love to communicate with more people from the hearing loss community,” says Anne. “It would be nice if we could fight against the stigma that deaf or hard of hearing people are bored or illiterate. There are lots of very talented and above all very kind people who should be ‘heard’ in the truest sense of the word.”