Ask Anna: Can noise damage my hearing even though I have hearing loss?

Could a robot help deaf children communicate in the near future? 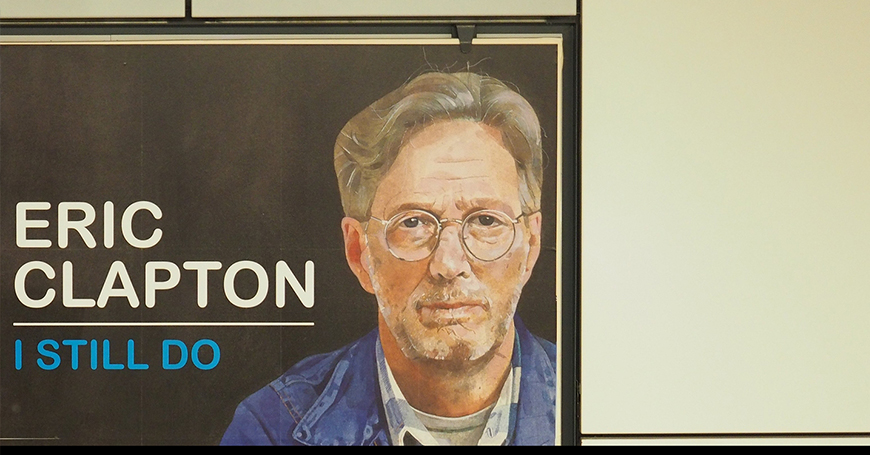 Guitar legend Eric Clapton is the latest musician to admit he’s losing his hearing, after years of being exposed to loud music.

The 72-year-old, who is most famous for his hits “Wonderful Tonight” and “Tears in Heaven,” told the BBC that he is struggling to hear the strums of his guitar because of his noise-induced hearing loss.

“I am going deaf, I’ve got tinnitus, my hands just about work,” Clapton told BBC Radio 2 on Tuesday, ahead of a scheduled show in London this summer.

“I mean, I am hoping people will come along and see me, me more than I am a curiosity. I know that is part of it, because it’s amazing to myself that I am still here.”

The three-time Rock and Roll Hall of Fame inductee joins a list of aging rock stars who are now struggling to pursue their musical passions alongside their progressing hearing loss.

Last year, AC/DC’s Brian Johnson was forced to cancel a tour because of his hearing loss. Other musicians have also reported noise-induced hearing loss or tinnitus as a result of constant exposure to loud noise, including the WHO’s Pete Townshend, The Antlers’ Peter Silberman, Will.i.am, Ozzy Osbourne and Sting.

Some musicians are turning to hearing aids to compensate for their loss, but find it challenging to train their brain to understand music as it originally did.

Read more: Sting: Hearing aids made me hear “more than I wanted to”

“The big problem is that when noise-induced hearing loss occurs, it is often too late, irreversible and, if a significant loss, can be life-altering,” says deaf musician Eloise Garland. “I believe this lack of education to be the biggest contributing factor in musicians’ seeming apathy towards their hearing health.”

“I believe this lack of education to be the biggest contributing factor in musicians’ seeming apathy towards their hearing health.”

Just two minutes at a concert with 110dB of sound can damage your hearing, according to Hear the World Foundation. An AC/DC “Back in Black tour” concert in the early ‘80s once measured at a deafening 130dB, according to Gibson.com.

A 130dB level is the equivalent of being 50 feet from a Military jet aircraft take-off from aircraft carrier with afterburner, and ranks as a painful experience, just below eardrum rupture (150dB), according to Purdue University, “Noise Sources and Their Effects.”

In situations such as concerts, it is important to use earplugs and maintain an adequate distance from the source of the noise to avoid damage to hearing.  It is recommended to take acoustic breaks and switch off all sources of noise, giving your ears at least 10 hours’ rest following such events.

Clapton says he will continue to play music as well as he can, while he lives with his new reality of life with hearing loss.

“What I’ll allow myself to do, within reason, is carry on recording in the studio,” he says. “I don’t want to go off the boil to the point where I’m embarrassing myself.”

How hearing aids helped me rediscover my love for music

How hearing rehabilitation can help musicians with hearing loss