5 ways to support a loved one with Meniere’s Disease

Face masks in school: Tips for navigating a new classroom

Disney is currently doing a casting search for a Deaf actress for an upcoming Disney+ television series.

In a casting call out that was shared on social media, Sarah Finn Casting reports looking for an actress with American Sign Language knowledge to play the lead role of “Malia,” an independent, athletic and bright character in her 20s.

The casting search describes the role as:

Who is Disney’s Deaf Malia character? 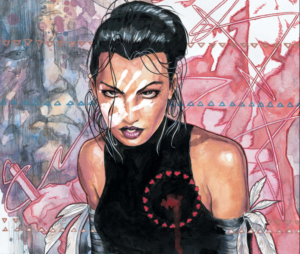 Echo (Maya Lopez) is a character by Marvel Comics.

As soon as the casting call was released, rumors began to spread about who this mysterious Deaf Disney character is.

According to GeekTyrant.com, the role is believed to be for the Deaf comic book character, “Echo,” character of Marvel’s Universe, who has served as an Avenger, a killer for the Kingpin and a lover of Daredevil.

“The character is a Native American and one of the very few deaf comic book characters,” according to GeekTyrant. “Her ‘Echo’ guise includes a white handprint that covers most of her face.”

However, others aren’t certain that the casting isn’t for another role.

MurphysMarvelUniverse.com suggests the role could be for a Star Wars project.

“…Finn is Marvel Studios casting director, she has also worked on Star Wars projects as well including “The Mandalorian.” So, it’s possible the role could be for one of the Star Wars series in development as well.”

According to the casting search, interested applicants can apply to audition for the role of Malia by submitting a recent photograph, bio or resume to MaliaSubmissions@sarahfinnco.com.

Actresses are encouraged to know American Sign Language (ASL) as the dialogue in the audition scene will need to be signed.

On the casting call, Disney shares its commitment to a diverse, inclusive and authentic casting. 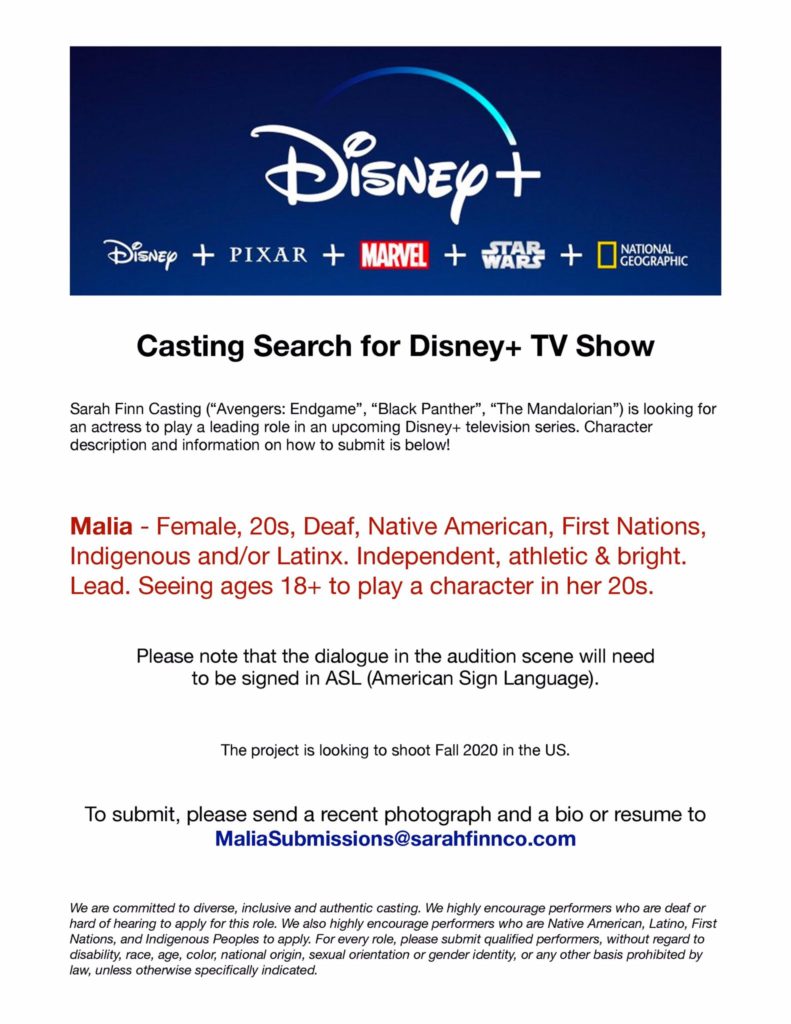 Engaging Deaf actors to play Deaf characters has been an important issue among the Deaf and hard of hearing communities.

Deaf filmmaker, Jules Dameron, first spoke to HearingLikeMe in 2017 about her efforts in leading the #DeafTalent movement, to bring an awareness to the industry of the talent that people with hearing loss have.

“The mentality that ‘deaf people should only play deaf roles’ has been the mentality of the deaf community since the ’90s,” she said. “I just feel that it’s unethical for a privileged person to play a role that is meant for others. Deaf people already can do the job themselves.”

Some actors are even turning down roles for Deaf characters, if they aren’t Deaf themselves.

British actress Jameela Jamil, for example, says she turned down a movie role for a deaf character last year.

“It wouldn’t be appropriate … to take that role and they should find a brilliant deaf woman to play it,” she told the Independent.

Jameela’s actions were commended by famous names in the deaf community for giving the opportunity to an actress who is Deaf.

“We need more actors like her!” Nyle DiMarco, winner of “America’s Next Top Model” and a deaf model and activist, tweeted in support.

Casting Deaf characters for Deaf entertainment roles is a big step forward for equal representation of deafness and disability in the media, and we’re happy to see Disney casting a Deaf actress. We look forward to seeing who fills the role of Malia, and seeing more deaf actors on screens in the future.