Stresses and rewards of genetic testing for hearing loss

On the road to performing again, but this time with hearing aids

Recently I made a decision to perform again. This may seem deceptively simple, yet it’s a challenge.

For 25 years I was an entertainer. I began as a lead guitarist in a band back in the 80s. We played professionally for six years, but failed to make it and ended up folding.

From this, I went into comedy and performed across the country as part of a comedy duo performing stand up. After that, I trained in drama and went into stage work, playing mainly character parts and producing and directing occasionally. Eventually, I ended up as a magician. It was in this role that felt like the real me.

One day I began to look back over my years of performing and felt the urge to give back. Earlier in my life, I worked as a nurse and loved the work so much but disliked the stress involved. After much thought, I decided to retire from the stage and devote myself to helping others.

I re-trained and became a therapist and life coach. For 10 years I have enjoyed my work and its daily challenges. During this time I have remained creative, writing and self-publishing three books, and playing music for my own pleasure.

The itch to perform

Recently, though, I have begun to experience the itch to perform again. It isn’t that I have a wish to walk away from my therapeutic work. That would never happen, as I love it too much.

It’s more a need for self-expression through performance. When you’ve performed in public, there’s something about an audience that is addictive. The feeling is difficult to put into words. It is more subtle than simply giving a performance. It is a two-way experience. A performer projects energy to those watching, and in turn the audience fuels the entertainer. This dynamic goes back and forth, like a dance where two people are working together to form one action. 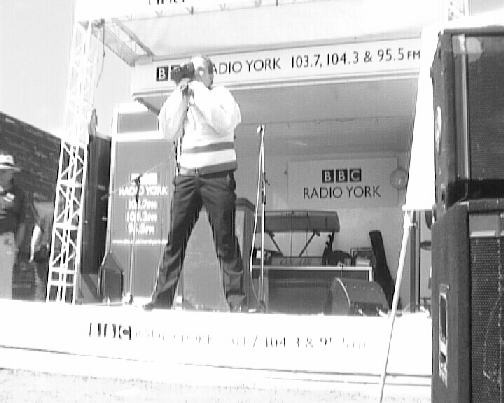 It is this feeling, this hard-to-explain exchange, that I miss and which — to be honest — I crave. This is not a need for applause, which is worthless unless it is earned as part of the experience.

There’s one little problem. When I last performed I had my hearing.

The challenge of hearing loss

These days I wear two hearing aids and cope very well, but like the majority of hearing aid users, nothing is without its challenges. The question is how will I perform as a hard of hearing magician and how will this work with an audience?

“The question is how will I perform as a hard of hearing magician and how will this work with an audience?”

This has been giving me a lot of thought recently as I attempt to unravel this most tricky conundrum. It would be all too easy to consider that part of my life over, shake my head, and move on.

But isn’t that saying as a hard of hearing person, I am somehow less than I was? Do I honestly think that I have lost something – apart from some of my hearing, that is? Of course, only I can decide this for myself.

Since learning to hear again with the help of my Phonak hearing aids, I have actually surprised myself with a number of things. One very nice shock was music – not only listening to it, but also playing it. Having lost what I consider a reasonable amount of my hearing over the years, my hearing aids have given me back so much.

It is easy to say you don’t miss what you don’t know about, but the reality of rediscovering sound via aids was nothing short of breathtaking for me. Listening to my music collection, I realized that albums I had been listening to for years sounded so different through my new hearing aids, and so much better.

Read more: How hearing aids helped me rediscover my love for music

I had been hearing bass and lower mid-range sounds well enough, but had missed all the warm mid-range notes and had become all but oblivious to the blistering top notes. It seems strangely funny to think just how important sound always was in the past. As an actor, speech, volume, and pitch translated into drama and comedy. As a musician, without a good solid command, I would have felt confused and more than a little lost.

So here I am in possession of the different ranges of sound and able to hear music and understand speech and yet… Ask anyone who wears a hearing aid whether their hearing is always good and you will get a whole range of replies. That’s because we do not hear with our ears, but with our brains. The sound relayed to us is somewhat varied in nature. I can say from personal experience that some days it is brilliant, but other days I feel as though I may as well not be wearing my aids.

Questions running through my head

This is my dilemma, or it was. I thought about the differing sounds, the good and bad days, and wondered how I would ever survive if I returned to performing. Wouldn’t an audience eat me alive and jump on any mistake? What if I didn’t hear someone correctly? What if I had to ask someone to repeat something? How would that make me look? The answers to these questions are not quite as difficult as they may sound.

“What if I didn’t hear someone correctly?”

What if a hearing person misses something said to them? Do they just try to muddle through and attempt to ignore what was missed, as though it didn’t count? Would a hearing person who was uncertain fail to ask another to repeat themselves?

Answers to my own questions

The answers are obvious. It doesn’t matter how good a person’s hearing is, as other circumstances will prevent them from hearing at times. As I thought back to live performances and how I would handle audience members, speaking to them, talking, and listening, I realized that at times in the past I misheard or didn’t hear at all.

“It doesn’t matter how good a person’s hearing is, as other circumstances will prevent them from hearing at times.”

Did it make me panic? Did it make me want to quit? Hardly. I would stop, turn, and ask what was said, and ask for it to be repeated. Nobody felt awkward; there were no self-conscious silences or embarrassing moments.

It is just a normal part of life and as a performer, you need people to like and trust you if you are to pull them into your performance. The more normal and friendly you appear, the quicker your audience will settle down and become open to whatever you are offering. Once I came to these conclusions, it felt like a great weight had been lifted.

Of course, I could return to performing. Would everything be smooth? No, it would be just the way it has always been, with unexpected moments and tricky situations. Just like life.

I’ll need to consider how best to work with people in terms of distance now that I have my hearing aids. Advance planning will be in order, like checking out performance spaces, though this won’t be much different from past gigs.

As long as I make sure to carry spare batteries and remember that having a hearing loss isn’t about suffering or disability. It’s about communicating in a different way, while everything else is the same. Like any other hearing-challenged person, I can do anything I choose to. It’s all in the details. 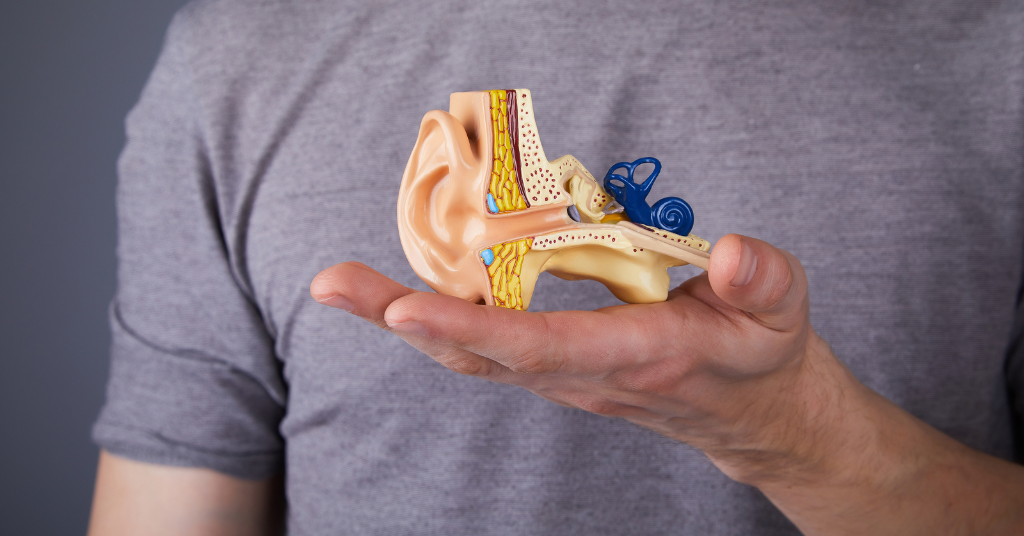