James Vickery, a deaf RnB singer, is being hailed as the new face of UK RnB.

Outspoken About His Deafness

When 27-year-old deaf RnB singer James Vickery tweeted a video of himself showing a small tattoo behind his left ear, his fans and the deaf community took notice. The tattoo was of a speaker icon with an “X” beside it, showing the universal symbol for “mute.”

I was born with a condition that made me deaf in my left ear.
I spent years in surgery and have the scars to prove it.
If you needed to hear this today…I am a full-time singer with a hearing impairment…
DON’T LET ANYTHING STOP YOU FROM ACHIEVING YOUR DREAMS💫 pic.twitter.com/2dBYFCmYIV

“I was born with a condition that made me deaf in my left ear,” Vickery wrote. “I spent years in surgery and have the scars to prove it. If you needed to hear this today…I am a full-time singer with a hearing impairment…Don’t let anything stop you from achieving your dreams.”

“I am a full-time singer with a hearing impairment…Don’t let anything stop you from achieving your dreams.”

As a child, Vickery had various ear infections. When he was just eight, he was found to have developed a non-cancerous tumor. As it threatened his brain (and his life), it was decided to remove his left eardrum. This left him totally deaf in that ear. During speech therapy, it was suggested that singing could help with his clarity in his clarity, pitch, and tone. Vocal coaching added to his already impressive vocal ability. 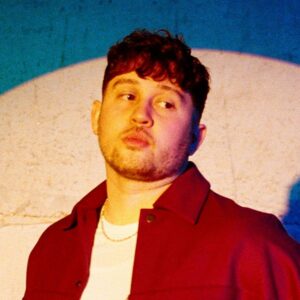 That suggestion has turned into a full-fledged career. The South London singer amassed an amazing 22 million views with his online 2018 Colours session. This led to him signing contracts with LA-based TH3RD BRAIN and RocNation. The quiet-spoken Vickery thrives on live performances. His Live From London session was another multimillion viewing sensation as he treated music fans to his songs backed with a full live band.

Vickery garnered critical acclaim with his first EPs, Overture and Until Morning, on which he collaborated with Kenny Beats, SG Lewis & Sinead Harnett. His debut album, Songs that made me feel, appeared in July 2021. It’s an eagerly awaited release from an artist being recognized right across the globe as an R&B singer to watch. The vocals are smooth and buttery and are reminiscent of classic singers of the past. There is something of Simply Red’s Mick Hucknall or an early Luther Vandross.

The inspiration behind the songs on the album was completely inward-facing, as Vickery turned the spotlight on his own issues and insecurities, as both the artist and the man.

“I wrote about everything that happened in the last two years of my life, good and bad,” Vickery wrote on his Facebook page.

This biographical songwriting adventure led to the creation of almost 200 songs. These were then painstakingly whittled down to the final 10 tracks on the album. He sings about how young men in our society are expected to behave in a certain way and “man up,” and are not encouraged to be in touch with their emotions.

It was a very personal project and one that Vickery says he will be forever grateful for.

“So many people played a vital role in this album..to the numerous girls who broke my heart, and to the hearts, I broke too,” he wrote on his Facebook page. “The friends who have come and gone and the ones who are still around, the memories we had together are all instrumental in how this body of work was created. Thank you.”

Vickery has a voice that is timeless and a heart for soulful beats. Does deafness bother him? Yes, of course. But it will never stop him from delivering his own unique brand of RnB, which is timeless.