The hearing aid emoji is here!

If you could edit your unborn child’s DNA to ensure they don’t have hearing loss, would you?

Human gene editing in hopes of curing inherited diseases has been a controversial topic since it was first dreamed up by science fiction. But now, as science gets closer to actually making these edits possible, families around the world are facing the real consideration: If their baby could be born without hearing loss, would they choose that path?

A deaf couple in Russia is among the first to participate in a controversial plan to use DNA editing to prevent hearing loss in their unborn child, according to ScienceMag.org.

The mother, who was born deaf and recently received cochlear implants, and the father, who is partially deaf and wears a hearing aid, say they want to have children who will not inherit their hearing loss genes. They already have one child who failed a newborn hearing test. 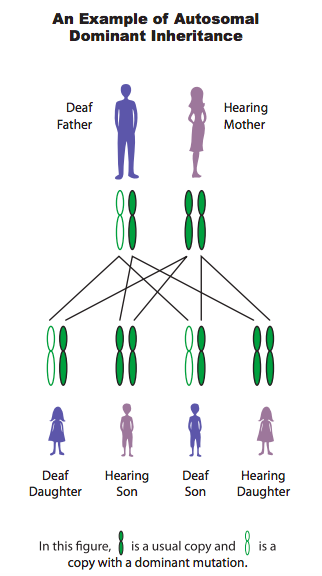 Genetic factors play a role in 50-60 percent of hearing loss in babies, according to the Centers for Disease Control and Prevention.

“Genes contain the instructions that tell the cells of people’s bodies how to grow and work. For example, the instructions in genes control what color a person’s eyes will be. There are many genes that are involved in hearing. Sometimes, a gene does not form in the expected manner. This is called a mutation. Some mutations run in families and others do not. If more than one person in a family has hearing loss, it is said to be “familial”. That is, it runs in the family,” according to the CDC.

Additionally, age-related hearing loss is approximately 25-55% genetic, according to Hear-it.org.

When their first daughter was born, the family says tests showed she had the genetic mutation of the GJB2 gene. The mutation is one of the most common genetic causes of hearing loss.

The parents are both 35delG homozygous, which means their daughter has inherited the mutations, according to ScienceMag.org.

According to the CDC,  “The GJB2 gene is one of the genes that contains the instructions for a protein called connexin 26; this protein plays an important role in the functioning of the cochlea. In some populations, about 40% of newborns with a genetic hearing loss who do not have a syndrome, have a mutation in the GJB2 gene.”

People born with the mutation, known as 35delG, like their daughter, will inevitably have hearing loss. However, the hearing loss occurs in varying degrees.

The future of DNA editing to prevent hearing loss

Russia does not have clear regulations prohibiting gene editing of the deafness mutation in an in vitro fertilization embryo, however, it is still controversial in many parts of the world.

In December 2018, Chinese researcher, He Jiankui, shocked the world when he used CRISPR to edit the cells of two embryos. He claimed the edit would protect the twin girls from contracting HIV in their futures.

In the United States, there are scientists working in university laboratories that are experimenting with genetic editing of human embryos, according to Harvard University.

However, the debate continues surrounding DNA editing to prevent hearing loss. The ethics of these procedures and the risks versus the potential outcome continue to be discussed.