As One Song Ends, Another Finds Its Voice 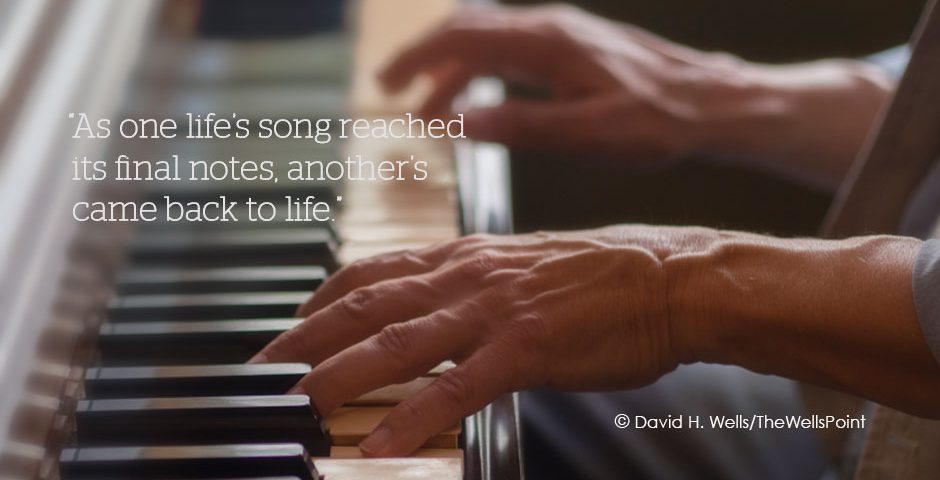 Managing the late stages of a rare and fatal cancer was challenging enough, but our communication was deteriorating as well. Her voice had weakened to a whisper and my poor hearing and inadequate hearing aid could not compensate. We sat quietly in her final weeks making contact with our eyes and hands when words failed us both.

And then she was gone.

As painful as that period was it had an antecedent. I have been a musician, singer and songwriter all my life, though a
successful career in the ‘70’s and ‘80’s ended when, by 1982, I had lost hearing in both ears. I was able to retain hearing in but one ear only. My wife knew of my musical past, but did not get to experience it or me in their full. By the time we had met in 2002, I had long been away from music though I continued to play a small keyboard, and when the spirit moved me, to sing.

But as my hearing loss included tone and pitch issues, whenever I tried to sing and play an instrument together, I could not make them match.  As the result, what my wife heard me sing was out of tune and she asked me, finally, to play for her but not to sing as it was understandably irritating, especially to someone who had herself been a choir singer. Though acquiescent, it forced me to quiet even more my musical self, a painful reminder of what I had lost and believed I would never regain.

After she died, I went to see my audiologist to learn about new aids, new research and technology, and the possibility that I might simply hear music better. She fitted me with a Phonak behind the ear aid and immediately, “the lights went back on.” I heard my own voice much more clearly, tones, pitches and external sounds more clearly, and eventually, even some music more clearly. I was astonished that I had lived with such a poor hearing device for so long and that hearing technology had so advanced that I might even contemplate returning to music one day. 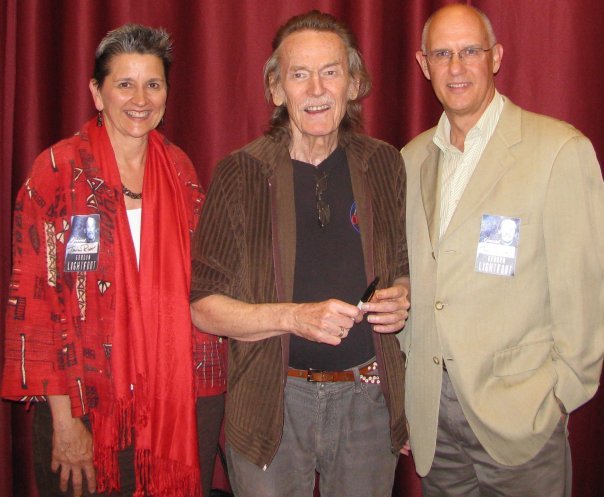 That day is at hand.

In 2015 I will return to the studio to record new music. An album that I released in the ‘70’s  which featured two songs that made the US Top 100 Singles charts and a #1 record in Brazil is about to be released on a new CD.

Issues remain. One doesn’t return from the forest that easily after so many years.  The new aid gave me a much broader hearing palette on which to not only hear sound but to begin reclaiming my musical self. After 30+ years in inferior aids my speech and musical hearing had deteriorated and the processing, programming and filtering in most aids still did not allow me the kind of tonal clarity I needed to feel confident. But just getting into the Phonak made me passionate about making music again one day — whatever it would take.

With the new aid, I was able to start playing with my musical skills and muscle memory to try and make sense out of my own and others’ music. I sought to understand how the technology helped or hindered my musical hearing and started down a variety of interesting pathways with experts in the field.

Geoff Plant, a hearing rehab specialist in Boston, is providing me ear training to improve my comprehension and tonal hearing. I’m playing and tuning the guitar for the first time in 30 years with exciting results. To better focus on tones, Geoff is encouraging me to listen to simple, one instrument, one voice music. I play the harpsichord rather than just the piano to get a better sense of single note, pure tones — one string vs many. We also focus on the brain and its role in hearing and I listen to ever more complex music than I have in years — simply to bathe the brain in it.

My voice and pitch now sound the best they have been with a hearing aid. Geoff and I are working on getting me closer to singing with an instrument. I also know that the processing in a hearing aid can create a mild to severe pitch distortion — even with an open or music program — so we are addressing the challenge as tech refinements continue to emerge.

Voice work is complementing my ear training to create a kind of ear and vibrational (body) musical synergy that is allowing me to better remain in key when singing a capella or playing an instrument. I will be working soon with Brian Fligor, an audiologist and engineer also in Boston, to customize ear monitors I can wear with my aid in the studio and on stage.

It’s also time for an upgrade to my hearing aid and I am very excited about what is to come when all these various pieces — passion, skills and the right technology — come together. I plan on being back in the studio by February 2015 with several dozen songs ready to go, some older and others more recently composed.

And so it goes.

The bittersweetness of this tale is never lost on me. As one life’s song reached its final notes, another’s came back to life.

My musical journey, long interrupted, is about to continue…