Which Will it Be? Dementia, or Hearing Better Than a Normal-Hearing Person

Why I Set Up Deaf Blog The Limping Chicken

I set up The Limping Chicken, a deaf news website and blog, in February 2012. My life hasn’t been the same since!

From that day onwards, we have published at least one article every weekday, featuring over 120 deaf writers, and gaining over 2 million views.

In December, we broke the worldwide story about the fake interpreter at the Nelson Mandela memorial service, which by far was our biggest story to date – the site crashed for a while (but luckily we managed to fix it!).

We have a number of supporters, which enables the site to exist, and we are honoured to count Phonak among them.

Although it keeps me very busy, writing, editing, moderating comments and finding new contributors, it’s the best job I’ve ever had!

Well, I’m a deaf journalist and scriptwriter, and I’d been writing about deaf life since 2006.

Although I’d long wanted to be a journalist, writing articles was something I did on the side for a few years, while I also made films, did part-time jobs and looked after my young daughters.

A strong feature of my work, both in journalism and in dramas, has been focusing on deaf culture, issues and the community I grew up in (my parents and brothers are also deaf).

You could say that a lot of my writing tries to bring deaf culture and issues affecting deaf people, whether serious or humorous, to wider attention.

By 2012, I’d built up my journalism, writing for the Guardian and the BBC online, and other publications too. I was spending more and more time pitching articles to various publications I wrote for. Sometimes they commissioned my ideas, sometimes not.

So, rather than wasting a good pitch, I started to blog some of the articles that people didn’t want to publish. These articles started to get thousands of hits, and around the same time I noticed there wasn’t really an online destination for deaf news and opinions.

When it all began, I thought it might work for a while but I really had no idea whether people would contribute to the site, or whether they’d read it!

I aimed to get 8,000 views that first month, but the figures were four or five times more than that, and that was when I first started to think there could be potential in the site.

A lot of people ask where the name for the site came from. I didn’t want to simply call it ‘Deaf News’ or something basic like that. I wanted the site to have attitude, a personality.

So I called it after a joke that had just gone viral in the deaf world. During a BBC3 documentary, a deaf student’s notetaker told her she had to go home early because her chicken was ill.

Cue lots of jokes, photos, tribute videos about the chicken… and the name of our site!

The way I run the site’s developed a lot in the last two years. I now schedule a lot of the articles a week or two ahead, and then add news stories as they happen.

We now have a Deputy Editor, and a team of Contributing Editors who write once a week or once a month.

It’s great to give these talented folk the chance to bring their ideas and creativity to our readers – and it means I can go back to writing a bit more, as well as editing!

My favourite comment so far came from one reader who said they weren’t particularly interested in deaf culture before, but they loved our site and went on to develop an awareness of deaf life through reading our articles! That was so satisfying.

In the end, although it’s a deaf site, the site is really about people, what they think about things, what affects them. They just happen to be deaf, so they come at it from a different angle.

Hopefully, we can show the serious and the comical sides of deaf life by equal measure. If you haven’t seen the site yet, then I hope you’ll come along and check it out! 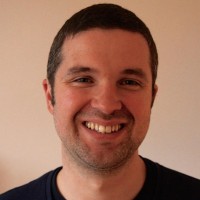 Author Details
Charlie Swinbourne
Sorry! The Author has not filled his profile.
×

Charlie Swinbourne
Sorry! The Author has not filled his profile.

What is ‘Deaf Gain’ and ‘Deaf Identity’?

Book Review: ‘My Hard of Hearing Life’ by Cynthia Dixon