If you’re raising a hard-of-hearing children in a hearing world, helping them develop skills through speech and listening games can be vital for their speech development.

By holding a colorful airplane in the air and repeating, “ah – ah – ah,” Raina’s speech therapist caught my daughter’s attention. Within moments, she was happily repeating “ah” back to us, reaching for the toy.

My 22-month old is a bit young to repeat some of the vocabulary in the Hear to Learn Spaceship activity, (PDF) but we adapted it to her level. She can’t say “trapezoid” or “diamond,” for example, but she can say, “da – da -da.”

“Any adjustments that make the activity easier or more difficult to meet the needs of your child are wonderful. We hope parents will adapt these in any way that are useful,” says Dr. Lauri H. Nelson, a Utah State University Associate Professor and Deaf Education Division Chair who helps create materials on the Hear to Learn website.

Raina’s repetition of the consonant “d,” for diamond, showed me she was using her listening skills. When she approximated the sign for “diamond” and said “da” at the same time, I was one proud mama.

Another way we adapted this activity was by throwing a foam airplane and repeating the “ah” ling sound. Raina loved to chase the plane and before long was associating “ah” with the airplane in her hand.

“Ah” might seem like a basic baby sound, but actually, “Ah” is a ling sound, which is one of the indicators that Raina has access to sounds needed for speech development.

“The intention is for these interactions to be meaningful and fun for the child, while also promoting age-appropriate language and academic development using auditory strategies that help to strengthen the child’s auditory system,” Dr. Nelson says.

I threw the airplane and said, “High! High!”

She doesn’t have the “h” sound yet, but easily repeated the vowel.

The goal of speech-development games

According to Dr. Nelson, the goal in all of the “Hear to Learn” activities is for parents to recognize how everyday activities or routines can have a strong language and auditory focus.

One of the skills we’re working on with Raina is listening. With mild-to-moderately severe, bilateral hearing loss, listening is a skill to be practiced. Along with her Phonak Sky VP hearing aids, Raina is able to tune into sound and learn to register it as something important.

Ever since we played this airplane activity, something kind of cool happened. Out of the blue the other night, Raina lifted her little fist high in the air, her approximation for “airplane.” She started saying, “Ah – ah – ah!”

I thought, “That’s weird, I don’t see an airplane.” So I walked over and looked in her hand. She was holding one of my earrings – my Piper Cub earring!

A colorful object, movement and repetitive speech helped move my kiddo closer to acquiring the word “airplane.”  It helped her make the connection between the object “airplane” and the sound “ah.” It’s a nice linguistic reward for just tossing an airplane about.

Let me end with a random memory about hearing aids and airplanes from when Raina was just an infant. You know the flashing indicator lights on Phonak’s pediatric hearing aids?

When she first wore hearing aids in the dark, I said, ‘”They look like little tail lights.”

My husband scooped her from her bassinet, handed her to me and said, “She’s coming in for a landing!” 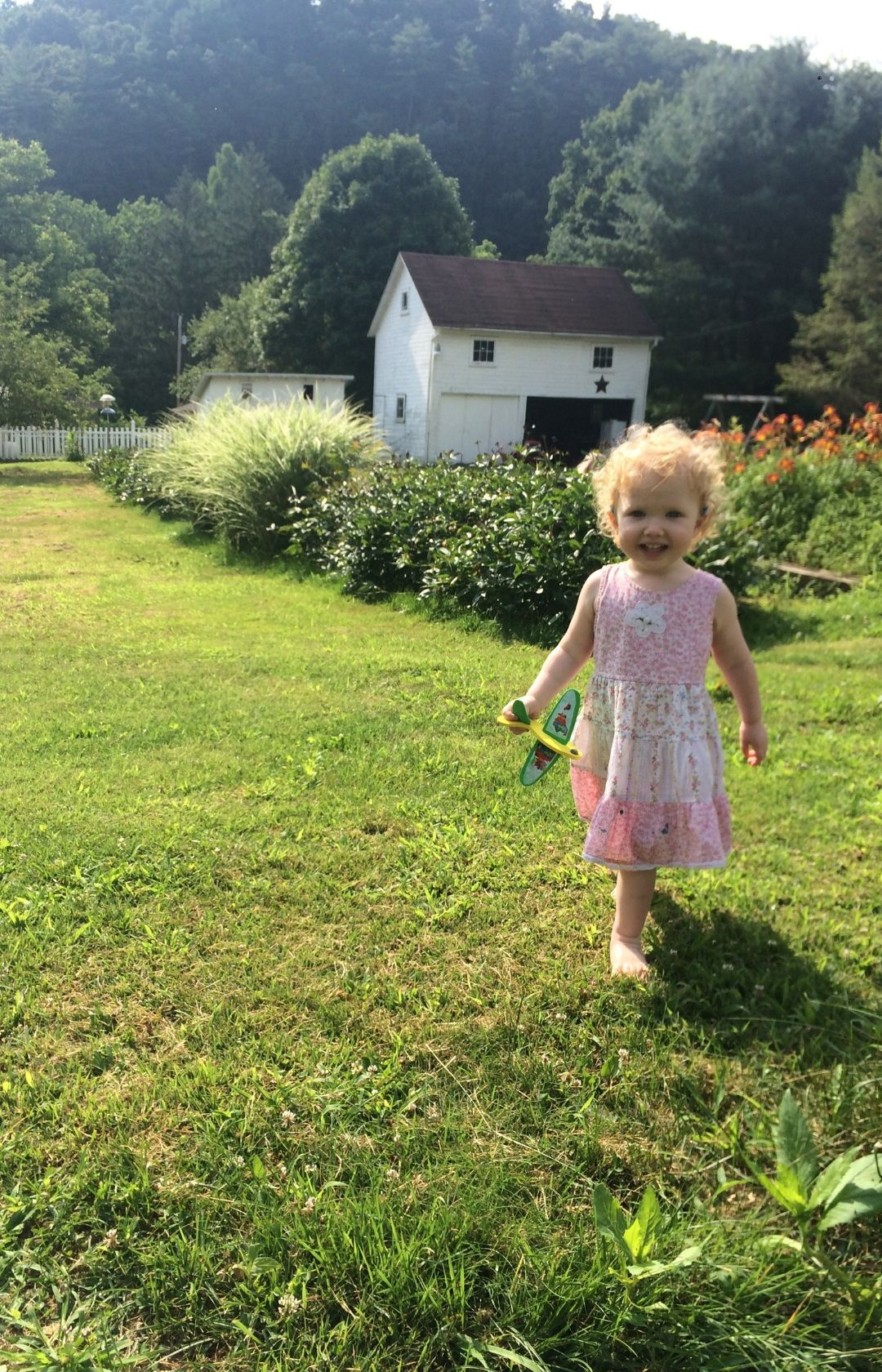 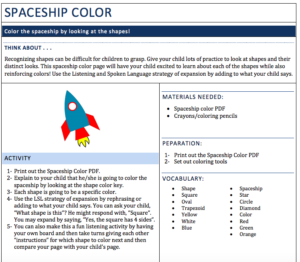