The Evolution of Wireless

The Ups and Downs of Hearing Aid Reimbursement

One of my monthly tasks as Sales Analyst for Phonak is to monitor official market sales data within Europe. Changes to reimbursements and subsidies affect the number of hearing aids that are sold, as funding becomes more or less available to the end user. This has an impact on the trends that can be seen within the market data.

For example, a German court ruling stated that the hearing aid subsidies should rise by 76% to 740€ per hearing aid. No one could have predicted the dramatic effect it would have on the German market.

The new reimbursement amounts came into effect in November 2013 and just 12 months later the market has increased, on a like-for-like basis, by an unprecedented 145%.

The favourable changes for subsidies in Germany are unusual because most other European countries have experienced less funding available to subsidise medical devices. The Netherlands, Denmark, and Switzerland are some of the countries where less funding has resulted in end users being more reluctant to make purchases and as a result the growth of the markets has stilted.

So it would seem that the relationship between the availability of subsidies and the end user’s willingness to purchase a hearing aid seem to be intrinsically linked. However, the subsidies are linked to the prevailing economic conditions and as the economy in the Eurozone continues to falter it looks unlikely that positive reimbursement changes will be available in the near future. In fact, there are already rumours that, partly due to its success, the German reimbursement model is unsustainable and, in the near future, will again be changing.

More information about reimbursement changes in Europe can be found in this 2013 article on the Hearing Review blog. 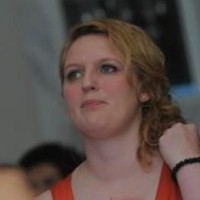 Author Details
Lyndsay Lomax
Sorry! The Author has not filled his profile.
×

Lyndsay Lomax
Sorry! The Author has not filled his profile.

How my Hearing Aids Have Helped my Tinnitus

How sign language helped me accept my hearing loss