Hearing people benefit from nifty car technology, like having their texts read to them or being able to contact OnStar for support. Now it’s our turn: Hyundai Motor Group has demonstrated technology specifically for drivers with hearing loss.

While it’s currently just a project in Korea, hopefully, Hyundai and other companies will take note of the positive reaction.

Hyundai’s technology uses artificial intelligence (AI) to identify sounds outside the car, which are then visually communicated to the driver. Two driving assist systems are actually being combined to make this happen: Audio-Visual Conversion (AVC) and Audio-Tactile Conversion (ATC).

Just like it sounds, AVC is all about the visual, while ATC is about touch. AVC turns sound patterns into pictograms that appear on a head-up display. If an ambulance is coming up from behind you, the display will show the ambulance and the shape of an arrow indicating from which direction the ambulance is approaching as it nears. The steering wheel also has multi-colored LEDs that light up when informing the driver of navigational information. Instead of looking over at the GPS system or your phone to find out when to make a left turn, the left side of the steering wheel will light up when it’s time to do so.

As if that’s not enough, thanks to ATC, the steering wheel will also vibrate. It can also vibrate for other notifications, like the distance from obstacles. This is achieved by the length of the vibration corresponding to the distance. Hyundai also developed an application to allow drivers with hearing loss to better communicate with passengers, such as a taxi service.

To showcase this technology, Hyundai made a video about the first Quiet Taxi in Seoul, which reached 10 million views in 11 days on YouTube. It opens up with Seoul’s first hearing-impaired taxi driver being turned down for rides because of his hearing loss. The rate of hearing impaired driver accidents is actually lower than the average in Korea, and the taxi driver’s daughter reinforces this when she talks about how good of a driver her father is.

“He pays a lot more attention when he drives.” she says. “Although he’s so careful, sometimes a misunderstanding may occur because he’s unable to notice the sound in time.”

As a researcher explains, people with hearing loss tend to be more sensitive when it comes to sight and touch. Passengers use a tablet in the back seat to communicate with the driver, who has one up front as well. Passengers are interviewed; they admit their initial concern with having a hearing impaired driver, but then they share how safe they felt.

At the end of the video, the following words appear on the screen: “The time it took for the hearing impaired to attain rights to driving taxis – 15 years. Hyundai Motor Group looks forward to the future, where 300,000 hearing impaired people of Korea are given new opportunities through our technologies.”

“The time it took for the hearing impaired to attain rights to driving taxis – 15 years.”

Commercialization for this technology has yet to be decided – in Korea or elsewhere. “We have started this project as part of our efforts to share our ‘future technology’ vision, showing what kind of benefits our technological initiatives can bring to those who are physically challenged,” Hyundai’s global office in Korea says. “Thus, applications to production vehicles will be decided later depending on market needs and value proposition.”

Unfortunately, nothing similar has been done with other car companies, much less in the U.S.  Some design features do exist, which are helpful. Subaru, for example, utilizes EyeSight, which helps with traffic and lane movement. It does so with lights as well as sound. Many cars are now available with optional collision-avoidance systems now. This feature – in which your car is able to “see” other vehicles or pedestrians, anticipate collisions, and act accordingly — is a great example of universal design, as it helps all drivers. Many hearing drivers probably have their music up too loud to hear external sounds, so this is an added layer of safety.

There’s good news coming. According to AARP, “industry experts predict that 70 percent of new cars will incorporate [augmented reality dashboards] by 2020.” These intelligent dashboards project information like turn-by-turn directions onto the windshield directly in the user’s field of vision. Whether they’ll incorporate information like other external sounds remains to be seen.

If you’re too impatient to wait for car companies to get their acts together, there are a couple of devices you can purchase to make your car more deaf-friendly. For example, if you’re worried about your phone not being in your line of vision, look into getting a head-up display. Not all of these will transmit information from your phone, so research them carefully.

A siren detector would also be useful, as it might allow you to relax a little more and not worry about being an obstacle between an ambulance and hospital. Unfortunately, there doesn’t seem to be an actual product on market, just patents, and failed Kickstarters.

Until cars on this side of the world follow Hyundai’s lead, it’s up to us to remain ever vigilant. That means no lipreading or signing while the car’s in motion, you hear?

Do you have any tips or tricks for driving with hearing loss? Let us know in the comments. 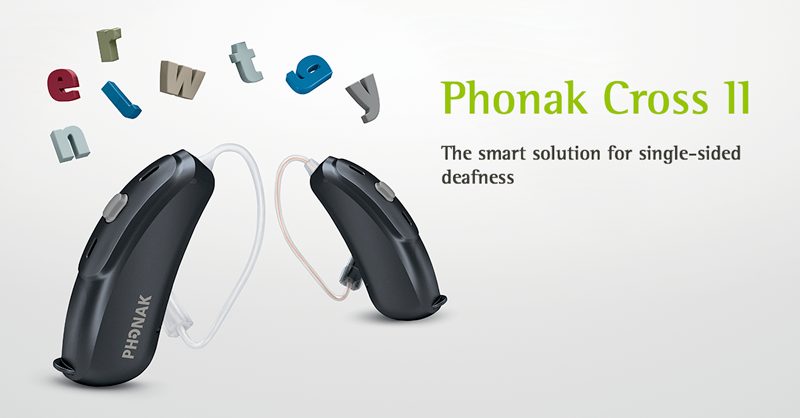