How my mom dealt with acoustic neuroma and hearing loss

This circus performer with hearing loss has suffered from degenerative high-frequency hearing loss in both ears since birth. This wasn’t picked up until he was five years old and it was noticed that he was falling behind in his reading and writing.

Now 28, Murphy enjoys the freedom of being his own boss and working at something he loves – the circus. How many of us have jokingly said how we’d love to run away to the circus? That’s just what Murphy did.

It all started one day when his parents were late picking him up from school. Bored, he wandered into a room where an after-school club was in full swing.

“I remember opening the doors and seeing kids and adults riding unicycles, throwing balls around, spinning plates,” Murphy says. “It was very surreal.”

It didn’t take long for young Murphy to become a regular. By the age of 16, he was working alongside the circus trainer, teaching the skills to other pupils himself.

This led to an audition at the circus school Circomedia in Bristol and a two-year course in weird theatre and allied skills. He transferred for a third year to the London based school Circus Space, where he completed a BA (hons) in Circus Arts. Hands up those who knew that you could get a degree in circus skills? No? Well, that’s at least two of us. Very cool, now how do I enroll?

Going down this path was quite a surprise to Murphy too, because he had always dreamed of being a screenwriter or cameraman, but the sawdust roared the loudest.

Hearing loss played quite a large role in the decision to continue in the visual performance arena, he says. “My hearing has very much influenced the person I’ve become,” says Murphy. “I found a real love for philosophy and reflection, for visual arts like photography and circus, and for writing, reading and playing games.”

“My hearing has very much influenced the person I’ve become.” 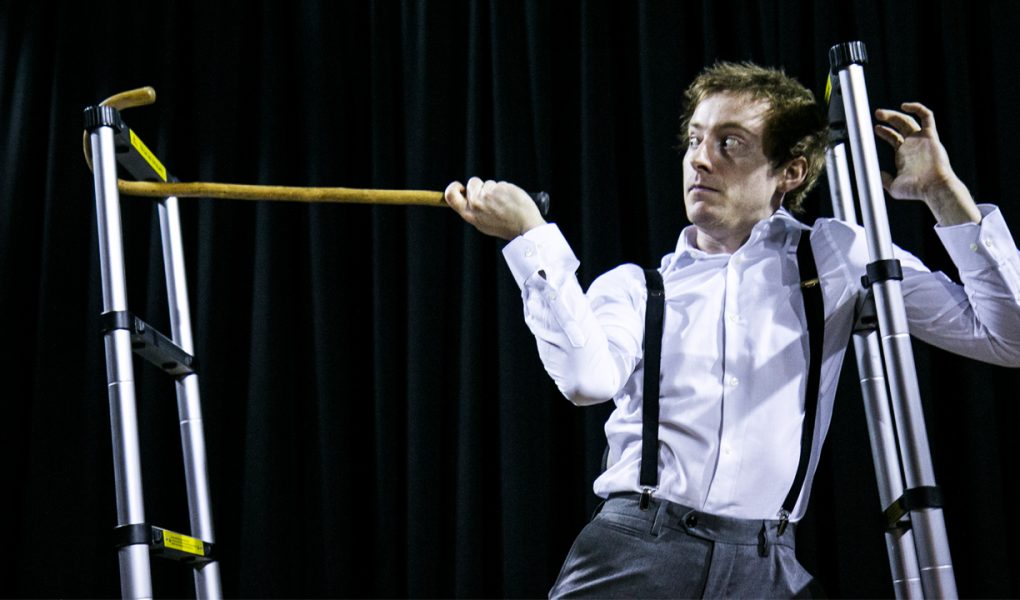 Influenced by the likes of Buster Keaton, Charlie Chaplin, and Laurel and Hardy, Murphy fell in love with the comedic visual theatre of what he terms “unusual juggling.” This extreme form of juggling can involve almost anything being juggled, from suitcases and crockery to hats. He has even been known to juggle kitchen ingredients in order to make an omelet during a show.

This visual silent comedy is perfect because hearing never comes into the experience. Whether a performer or viewer, the entire experience is a pure visual feast of entertainment.

On the subject of difficulties with communication, Murphy has certainly had his share.

“In terms of difficulties to do with my hearing, there were many!” he says. “Even in the arts, there are hurdles to jump. I found learning aerial rope/trapeze difficult, because it’s hard to hear the teacher when you are upside down and high in the air. But circus is very inclusive and instructors are used to working with different people, different cultures, different bodies, and different attitudes. The technical skill learning comes down to your own dedication to practice. Therefore, nothing is holding you back. I may have learned something’s slower, but I learned other aspects (like clowning and physical comedy) much faster.”

As a performer, Murphy has much to offer those of us with hearing challenges ourselves. 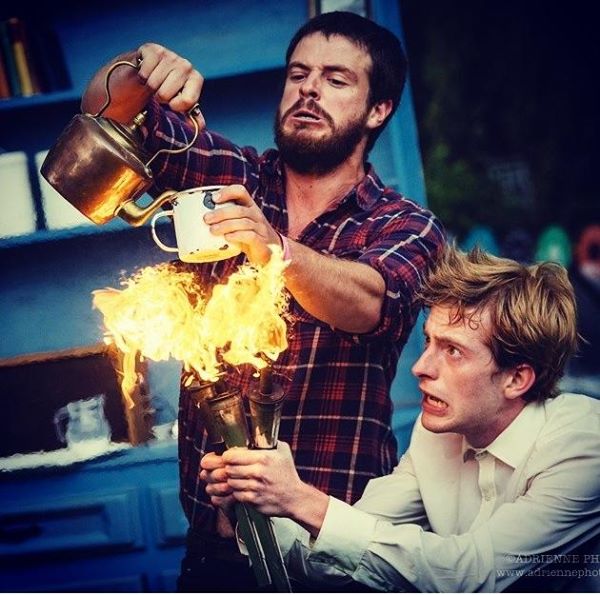 “There’s this hyper sense of alertness you learn as a performer, listening with your entire body,” he says. “A lot of it was facial expression, subtle body language, and listening not with your ears but with every shred of awareness of your being. As a deaf person, this came quite easily to me! Forever poised to react to the smallest shuffle of movement.”

Professional networking and meetings with other artists after events have caused some difficulty because of the often noisy, busy environments of cafes and other loud bustling places. Being upfront is Murphy’s weapon of choice. He makes a point of telling people early on about his hearing loss and allowing people to get to know him as he is.

“If people know you are deaf they will take this into consideration,” he says. “If you don’t tell them, and you start missing stuff or getting confused, they wonder what your problem is.”

Of course, not everything always runs smoothly. This hard of hearing circus performer admits to struggling at times on long car journeys on busy motorways with other performers. Rehearsal spaces with poor acoustics can be difficult, but he has found his own coping strategies. For example, he always tries to place himself optimally to hear. “Ultimately, a positive attitude doesn’t eliminate the hurdles and difficulties hearing loss throws at you, but it does help you to meet them head on,” he says. 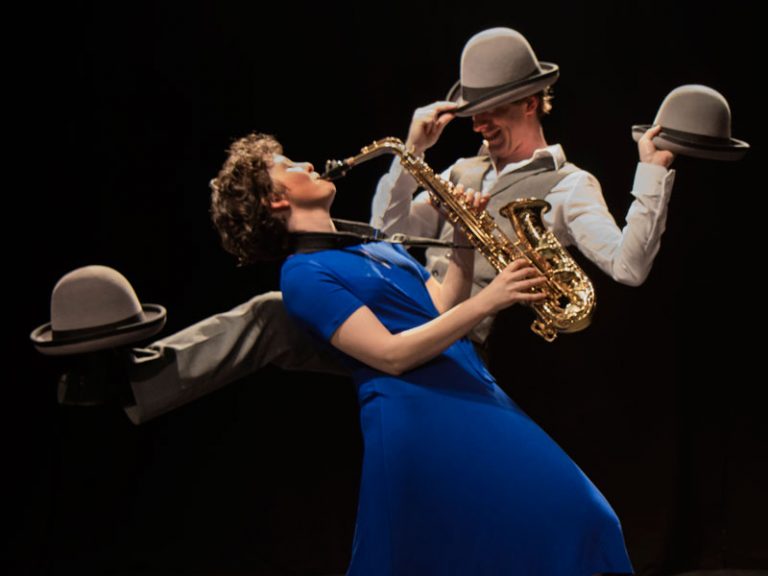 A true performer, Murphy leaves us with more words of wisdom: “As with any ambition in life, we get to where we need to be by showing kindness to ourselves when the world doesn’t, by accepting kindness from others when you are struggling, never believing that anything other than yourself, and only yourself, defines who you are and what you can be.”

Find out more about Ryan Murphy