Son of My Deaf Parents

When Stephanie contacted me, I had actually never heard of Mother Father Deaf Day, which is this Sunday. It’s probably not well known in France, and that’s a pity. On the other hand, everybody these days is talking about “La famille Bélier“, a movie which features children of deaf parents. It is funny and moving, and allows everybody to discover the world of silence. People are astonished and ask me if it’s realistic. And I have to say it is!

For many years, I considered being the son of deaf parents a burden, particularly when I was a teenager. But what teenager has not been ashamed of his parents? Today, I think it has provided me with cultural and social richness. As if my parents were from a strange country, passing along their culture to me, and their slightly different vision of life.

My parents have always done things by thinking that they were not different from the others, they only were struggling to be understood, and needed to fight to find their place in society.

When my mother was unemployed, she was offered a position as a teleoperator twice, which she quite obviously refused. But being deaf was not a valid reason to do so, according to unemployment administration! Similarly for my father, who was offered a promotion to a position where he would have to make multiple phone calls all day. In the end, however, because they didn’t let these things discourage them, they had “normal” careers. I apply this value in my life every day and it helps me to move forward even if I’m sometimes misunderstood. If someone else can do something, why not me?

“Proud” is the word that comes to my mind when I think about my parents. Being a child of deaf parents is a heritage to make one’s own and to pass along. I hope one day my children will speak sign language and be proud to be able to communicate with anybody, despite the differences that might come between them. 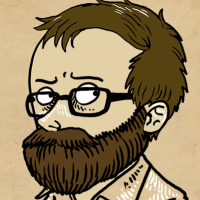 Author Details
Samuel Le Morvan
Sorry! The Author has not filled his profile.
×

Samuel Le Morvan
Sorry! The Author has not filled his profile.

Why it’s important to negotiate with your hearing partner

7 tips for dating with hearing loss