Robin Gillon never let his hearing loss hold him back from becoming a professional skier.

The 24-year-old was born severely deaf and has been climbing the ranks in his professional skiing career. He ranked in the top five skiers in the European Cup and was ranked in the top 50 overall in the World Pro Tour (Association of Freeski Professionals.)

Discovering a passion to ski

Robin started skiing when he was just two years old. His family would bring Robin along on their skiing outings, introducing him to the sport he would grow to love.

“Until I was 9 years old, my parents would sit down next to the slope to watch me ski and they would pick me up when I started to fall asleep on the lift, true story!” Robin recalled.

Over time, Robin quickly discovered his passion for skiing. Being a skier has given him several once-in-a-lifetime opportunities such as traveling the world and meeting other people from different places.

“Skiing has allowed me to travel all over the globe and I’ve met an unbelievable amount of extraordinary human beings at such a young age,” Robin explains.

Skiing appeals to Robin because of the individualistic qualities of the sport. He feels that in skiing he only has to rely on himself and “doesn’t need to count on anybody else.”

When asked why he loves skiing, Robin says, “I’m on my own, there are no rules in freeskiing.”

“I was very lonely around my peers and misunderstood by society,” says Robin.

Skiing was where Robin felt he fit in and belonged. This feeling influenced other decisions in Robin’s life, such as his career. Originally, he was on a path to be a banker, but Robin desired to take a different path. When he was 16-years-old he changed his career and decided to chase his own dream of becoming a professional skier. This opened up the opportunity for Robin to attend a prestigious Swiss Olympic school in Brig Valais, Switzerland.

He describes this story further in depth in his new movie “Sound of Silence” about his life growing up with hearing loss and becoming a professional skier.

How hearing solutions help on the slopes

Hearing solutions are an important part of Robin’s ski life. They are especially important so he can hear wind gusts.

“I need my hearing aids when I ski to hear the gust winds screaming on my microphones,” says Robin.  “Although I mostly feel them with my chest, I want to make sure I have two senses for my own safety. Gusts can knock you down and get you severely injured or worse. If one of my hearing aid isn’t functioning anymore I can’t ski properly, I tend to lose balance, things get weird mid-air.” 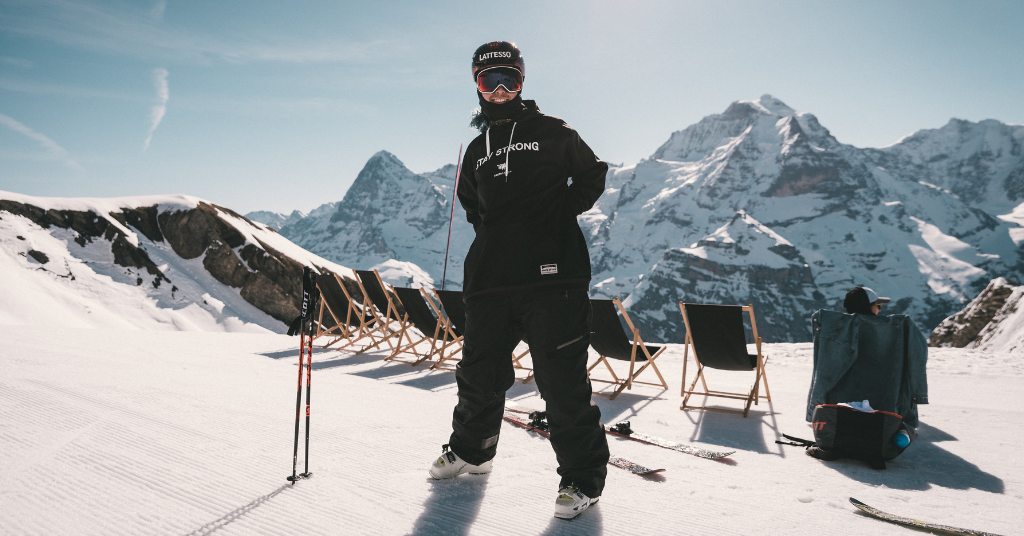 His hearing solutions also benefit him in many ways outside of skiing. Particularly in social situations, allowing him to become more social with his peers.

He knows that his hearing loss will never hold him back and will never stop him from reaching his full potential. He emphasizes that being deaf of hard of hearing is just a different way of life. It doesn’t limit you, it just means you live life in a different way with a unique way of communicating.

“We are stronger and wiser this way. It gives us tremendous abilities that no one else’s has,” says Robin. “We read lips and facial expressions, we can analyze the type of person standing in front of us just by looking with our eyes and we can guess what’s going on around us with such little clues.”

“We are stronger and wiser this way. It gives us tremendous abilities that no one else’s has.”

He encourages other deaf and hard of hearing people to take part in breaking down stigmas in sports by blocking out negative comments and staying focused on the goals you have set.

“Switch your hearing aids off every time someone is talking you down or telling you that you won’t make it,” Robin encourages. “Work hard and prove them wrong.”