Ask Anna: How can I make my office more hearing loss-friendly?

My new Phonak Naida V hearing aids are a slimmer behind-the-ear hearing aid than I’ve ever had before.

That may not sound like a big (or little?) deal to most folks, but it really made me happy when fitting day came along.

When I was a kid in the ‘70s and ‘80s, BTE hearing aids were the only option. They were not a cool contraption in those days, and I spent my entire childhood with my hair down, never wearing ponytails, braids, or pig-tails, because my mother wanted to hide my hearing aids to avoid me being discriminated against or bullied. I think I’d be hard-pressed to ever find a photo of myself with visible hearing aids until adulthood. Now, I choose to wear short hair and not try to hide them because I want people to know that speaking clearly would benefit me. 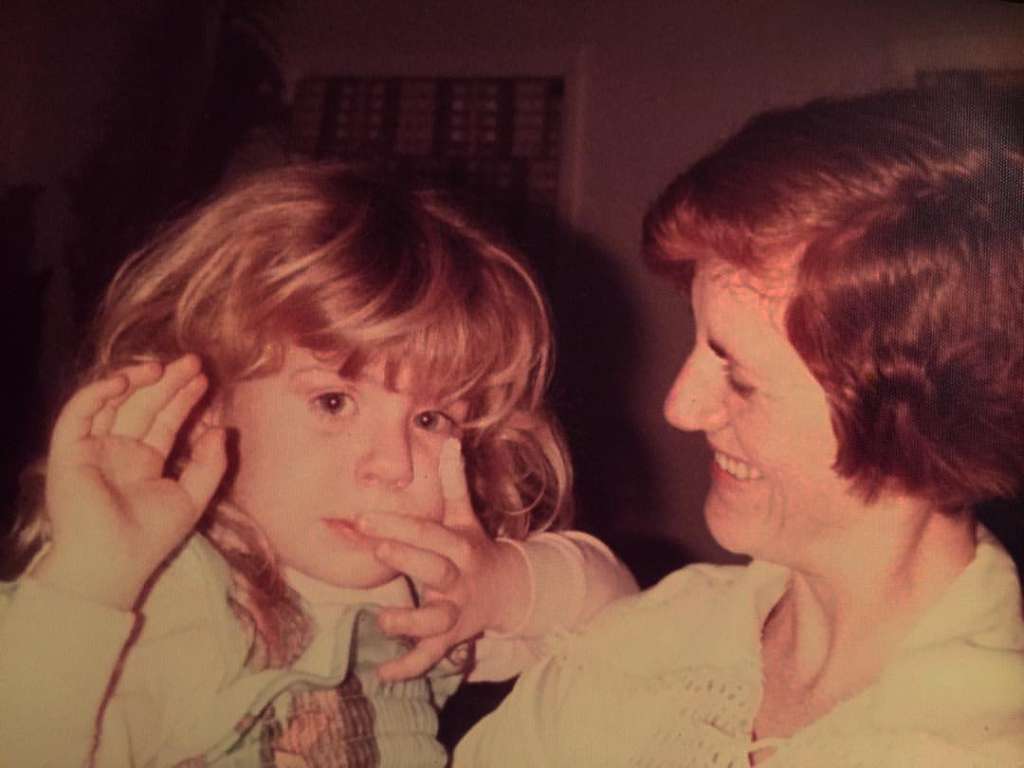 My mother and I when I was young. I had probably worn hearing aids for 1-2 years at this point, and this long, thick hair would cover them until my teens.

In my teens, I finally got to wear in-the-ear hearing aids and it was the best thing for my self-esteem and awkwardness at that time. As a teen, many people aim to fit in and not be “different.” I already wore glasses, so I really didn’t want both sitting on my ears.

Flash-forward to 2004 and a Vespa-type scooter accident had me bouncing off the pavement. Those in-the-ear hearing aids ruptured from the force of my helmeted-head hitting the ground repeatedly. I suffered brain trauma, and I lost both hearing aids to the accident. On the upside, this was the first time I was fitted with Phonak hearing aids, as  my insurance decided my audiologist.

The audiologist told me my hearing had deteriorated too much to return to ITE instruments, and that BTE would give me more power and precision in hearing. I might have been vain, but I wasn’t stupid. Obviously I had to go for the bigger, more powerful option.

If we jump ahead again to 2016, this conversation happened once again. My audiologist was at a seminar, so his boss talked to me about size and suggested I would have to jump up to the next size of hearing aids. Bigger. Clunkier. But more oomph.

It broke my heart to hear that. I wanted more sound, not more size. I wear hearing aids, glasses, and when I’m doing my day job, headphones on top of both. The last thing I need is more weight.

People who don’t wear hearing aids can’t imagine that these little things can make your ears sore, tired, and sensitive to touch. It’s an adjustment phase like anything else; ears need to get stronger so they can bear the daily weight.

Talk about weight – that news that I’d have to upgrade, that weighed heavily on me. My temporary audiologist explained that there were good reasons why they want more powerful hearing aids since my hearing ability is declining – they would need room to adjust volumes and to accommodate my changing levels, since I tend to own the same pair for an average of five years.

I mulled this heavy news over for the next week or two. When I went back for another appointment to get my new molds fitted and discuss the upcoming hearing aid order so I could pick out colors and such, I brought the topic up with Henry, my audiologist for the remainder of my hearing aid acquisition.

Did I really need to have bigger hearing aids? Because I didn’t want them, and it’d be a really crushing blow to me if that was the case.

The company had finally received more specs on the new Phonak Naída V. Henry pulled out the technical specs for the new Naída Vs and then checked out my chart. He was as shocked as I was – No! I didn’t need to go bigger! There was plenty of room, thanks to the new power behind these new aids, and I could look forward to enjoying the same sized hearing aids I was already accustomed to wearing.

Huzzah! A victory for vanity and comfort! 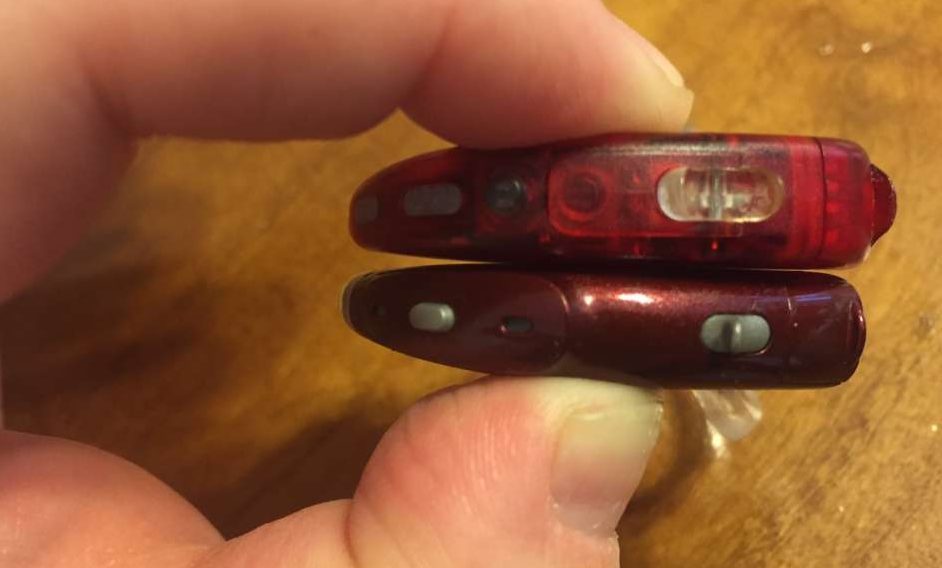 How do you like them apples? The smaller new Naida is on the bottom. Impressively narrower, given the new power they bring me.

So you can imagine my joy, then, when I arrived to my aid-fitting appointment and learned that they were actually smaller than the hearing aids they were replacing. Narrower and lighter! Double-win! Yet with a stronger case that was water-resistant.

The small hearing aids had a slimmer profile, which means I often don’t switch from my funky chunky red glasses to my lightweight, slim metal “work” glasses on the days that I have to subtitle for television and film, which entails wearing headphones. Given that I’m a nomad living abroad as I travel, “one less thing” to worry about finding and keeping organized means life is simpler over-all.

It means my short hair sticks out a little less over my ears, my ears don’t get fatigued as often, and it simply looks better.

Knowing that I haven’t had to sacrifice power and programs into the future in order to cater to my vanity, well, that’s comforting.

It’s not worth giving up hearing power for vanity, because it compromises far too much of your life. For what? Comfort, looks, and all that? I get it, I understand being torn about that, but I would’ve taken the larger hearing aids if I really needed to get them, because it’s all about sound.

Thanks to the power behind the new Naída V, though, that never became an issue, and I get to avoid that conundrum for another few years –when, if I’m lucky, technology will have taken another jump and I’ll get a pleasant surprise yet again.

Author Details
Steffani Cameron
Steffani Cameron is a writer and photographer from Vancouver, Canada, who’s gone “Full Nomad” and sold everything she owned to travel the world for five years. She’s working as a digital nomad wherever there’s a reasonably decent internet connection. She’s worn hearing aids since she was two, and currently wears Phonak Naída V90-SPs.
http://fullnomad.com/
×

Steffani Cameron
Steffani Cameron is a writer and photographer from Vancouver, Canada, who’s gone “Full Nomad” and sold everything she owned to travel the world for five years. She’s working as a digital nomad wherever there’s a reasonably decent internet connection. She’s worn hearing aids since she was two, and currently wears Phonak Naída V90-SPs.
http://fullnomad.com/ 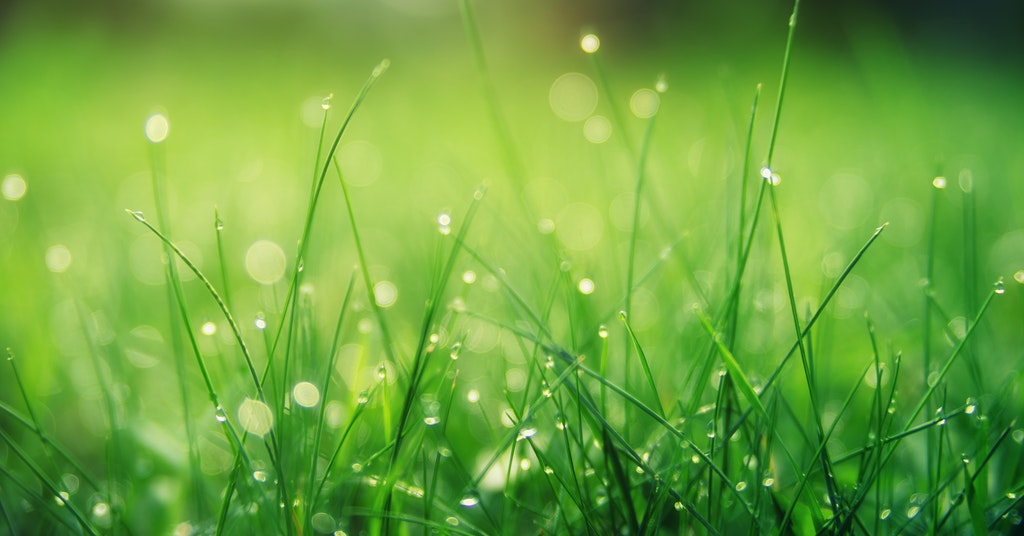 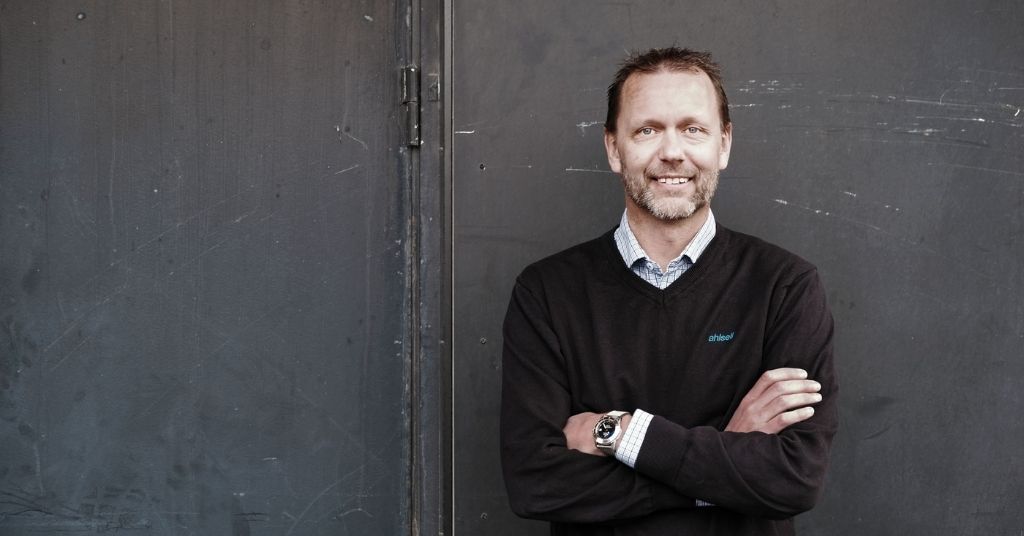 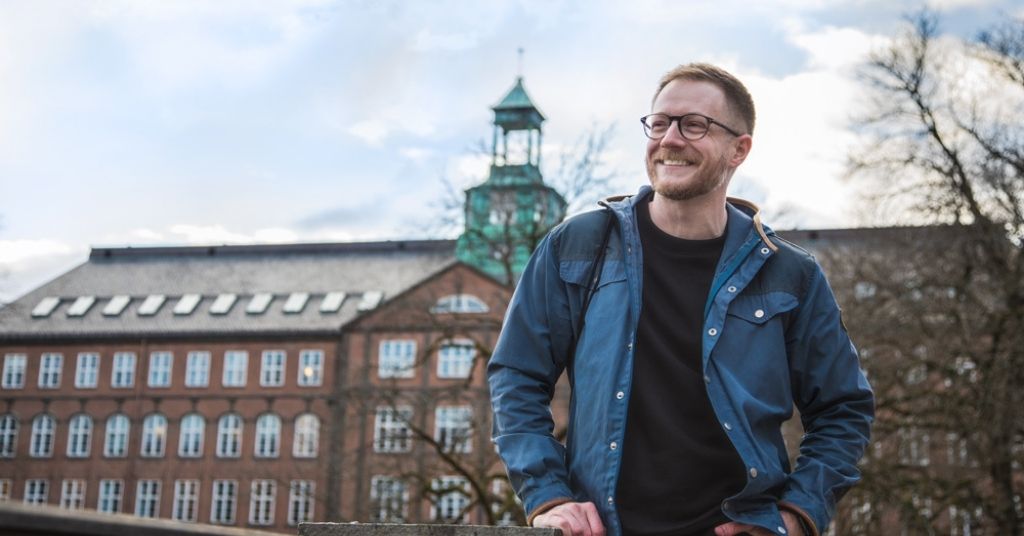