Never Mind: How to Handle Communication in Groups 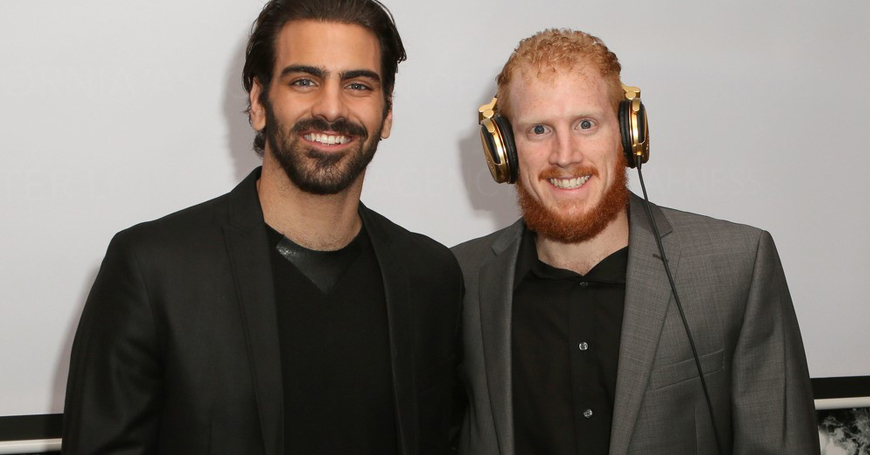 You’ve probably heard of Nyle DiMarco, the Deaf male model and winner of America’s Next Top Model and Dancing with the Stars, but what’s even more awesome is that he has a twin brother, Nico DiMarco, who is a music lover and successful DJ.

It’s a common question and misconception that people with hearing loss can’t fully enjoy music, but Nico DiMaro, who has severe to profound hearing loss and communicates with sign language, says undoubtedly, “yes!” and he’s even turned his passion into a career.

Nico says he has had a passion for music since he was a child, but coming from a Deaf family that “didn’t know anything about music” meant he had to find his own way of accessing it, he says.

“Being Deaf, I always struggled to like the songs that DJs play in bars and clubs,” he says. “I tried to suggest songs to them, but sometimes they ignored or didn’t understand me. I thought it would be easier for me to become a DJ, so I am able to communicate better and provide good music for Deaf audiences!”

To fully experience music with his hearing loss, Nico says he wears headphones relies on his other senses.

In fact, his dance skills may have rubbed off a bit on his brother, who won Dancing with the Stars, even though he couldn’t get Nyle interested in dance at a young age.

“My twin brother is deaf like me, but he has a DJ business and loves hip-hop,” Nyle told PEOPLE in 2016. “So he dances quite a bit. He tried to teach me to dance when I was growing up, but I never took him up on it. I always said, ‘No. I’m going to go play sports’ or something.”

Of course, working in the music industry with a hearing loss means there will often be communication barriers. So, it’s a good to be prepared, he says. Nico says he usually emails customers ahead of time, and types conversation on phones or use a Sign Language Interpreter when communicating with someone face-to-face.

“There is no such a thing as music industry for hearing loss people,” he says. “All we have to do is practice and listen to the music more often than hearing people do. It just requires extra time and preparation.”

“All we have to do is practice and listen to the music more often than hearing people do.”

Nico explains that some people like to read and memorize the lyrics to help them understand songs, while others like to feel the beat. Nico also recommends using apps, such as Shazam or Soundcloud, to identify songs if you can’t hear them.

Nico is well on his way to achieving his dream to DJ worldwide, and already DJing for crowds of up to 7,000 people. Being the twin brother to America’s Top Model, doesn’t hurt his career dreams either, he says.

“It’s nice feeling to have a famous brother as where people knows me more that way,” he says. “A lot of people would want to take a picture with me or hire me to do the gig because I am his twin brother. They act like I am also celebrity but I am actually not. It is pretty amazing how celebrities work, but it might be exhausting at the same time.”

As a fourth generation deaf person, Nico says he’s proud to follow a life without limitations due to hearing loss. He hopes he can inspire others to do the same, even if it requires a little extra work.

“Deaf can do anything,” he says. “The best advice is to do a lot of your homework to make this happen, because DJ is not a easy job to do. You will have to practice a lot at home and keep up with what is current popular songs. You can do it just like other DJs.”