How Rechargeable Hearing Aids Help Me Take Charge of Life

Are Lyft and Uber accessible for deaf passengers?

Sometimes in this life a number of things come together to create something new and dynamic. This is what happened with the music project by Pete Waller, known as DeafboyOne, which is a fusion of songwriting, Deaf Culture and performance.

Losing his hearing in a “freak accident”

Singer/Songwriter Pete Waller, aka DeafboyOne, has an unusual story in that the catalyst which brought the first real and lasting change into his life came about as the result of a freak accident at the age of 14.

“I was deafened when my ear drums were perforated in an accident in the school playground,” he says.

Thinking it would be funny, a boy clapped both his hands hard over Waller’s ears, causing both eardrums to be perforated at once. Waller hadn’t had perfect hearing before this, but it had also never been an issue, he says. Growing up the son of a Deaf father, he was aware of deafness and its challenges but didn’t have to deal with hearing loss himself until after that fateful day.

“My father, Ken Waller, went to Oldham Deaf School in the North of England back in the 1940s,” Waller recalls. “I remember him teaching me fingerspelling, but as he used hearing aids (the big chunky ones on the chest), he never embraced sign language. I think [that was] partly because the authorities frowned upon its use at that time.”

A new way of experiencing music 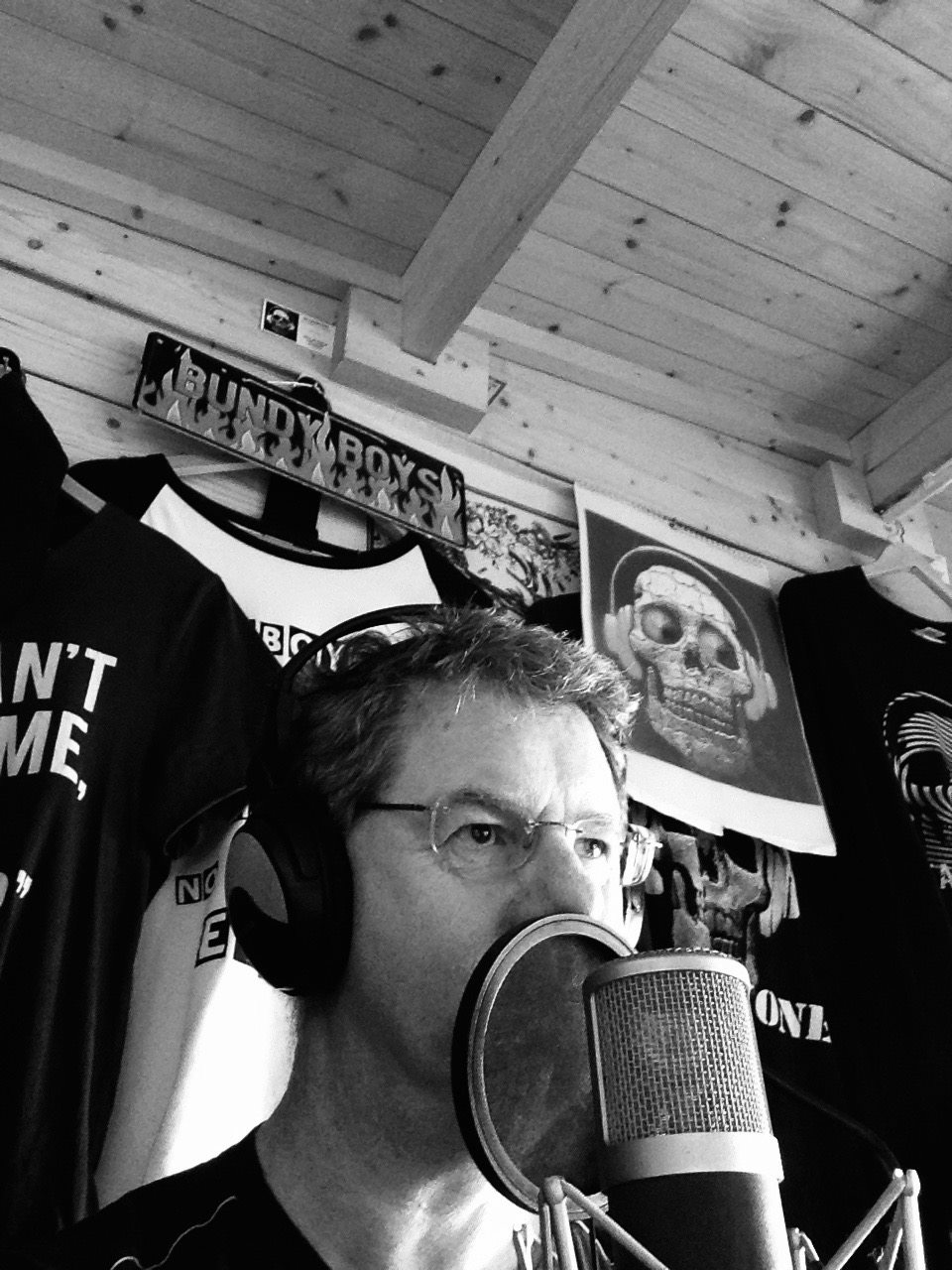 Until the playground incident, Waller was learning to play guitar. After the incident, because of his serious hearing issues, he discovered a new way of experiencing music, he says.

“I found that the vibration coming into my chest from the guitar’s body had become increasingly important in learning and interacting,” says Waller. “In fact, vibration and visual communication started to become essential in my life at such a crucial stage of my development both as a human being and a musician.”

“…vibration and visual communication started to become essential in my life”

Within a short time, he formed a band, as a new method of combined self-expression. The band was called Spontaneous Apple Creation, a name the members saw as offering an insight into the overall creative process of music-making.

Next, came a chance meeting. Waller, now an adult and working as a journalist for his local newspaper, “The Bath Chronicle,” was sent to cover a local story.

“My connection with Action on Hearing Loss came about when I met the RNID Poolemead community of Deaf people in Twerton, Bath, to cover British Sign Language Week. I liked the place so much that within six months, I left my job with the Chronicle to work for the RNID full time as a music therapist.”

It was during this time that the idea of fusing songwriting and sign language came to fruition. Each project and band that followed would always have this crossover of music and Deaf Culture.

It became important for Waller to always include sign, subtitles, or lyrics with his musical offerings as a way to bridge the hearing loss gap, he says.

His musical journey traveled 12,000 miles when he became a member of the Australian surf punk band The Bundy Boys, meeting with some success. He returned to the UK due to ill health. 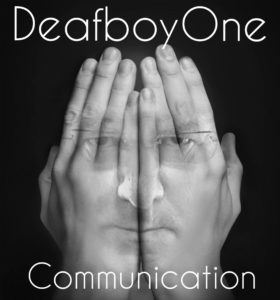 So where and when did Pete Waller become DeafboyOne? It began in a humble way and blossomed, as DeafboyOne just happened to be Waller’s sign name back when he worked for the RNID in the 90’s, he says.

He created the name as an alias, because of his love of David Bowie’s musical creation Ziggy Stardust. The day Bowie decided to kill off his own creation on July 3, 1973 coincided with Waller’s hearing loss, he says.

The DeafboyOne Project promotes artists who believe Deaf people should have access to music. This is accomplished with sign language and technology such as vibration pads, sound-to-light, vibrating floors, and more.

Waller learned British Sign Langauge 1 and incorporates BSL, ASL, and Auslan in his DeafboyOne music videos, which can be seen on YouTube.

Lately, he has been working with Mark Smith of Deaf Men Dancing and recently completed a dance based concert called Hear Hear, utilizing his music at Sadler’s Wells in London he says.

HLM: What is music to you? What does it give you?

DeafboyOne: Peace of mind. I combine music with sign language so my Deaf friends understand my songs, or stories, as I like to put it.

HLM: What is your music dream?

DeafboyOne: A concert for the Deaf and Hard of Hearing.

HLM: If you could change the world, what would you start with?

HLM: What is the most memorable song from your childhood?

DeafboyOne: Starman by Ziggy Stardust on Top of the Pops followed closely by Anarchy in the UK by Johnny Rotten and the Sex Pistols.

HLM: Who are your favorite musical artists or bands?

DeafboyOne: Marc Bolan, T.REX, Ziggy Stardust, the Spiders from Mars, and the Sex Pistols (Steve Jones is the most underrated guitarist out there!).

HLM: What inspires you to make music?

HLM: What is the message you want to send with your music?

DeafboyOne: Listen to the future. You can “feel” it coming.

HLM: How do you feel when you perform in front of an audience?

HLM: How do you see musicians’ reality nowadays? What could be improved?

HLM: What do you think of record companies?

DeafboyOne: Banks with no emotion.

HLM: What frustrates you most as a musician?

DeafboyOne: People being too busy to stop, listen, and understand.

HLM: Do you support your local scene as a fan? How?

DeafboyOne: I donate money and equipment for sponsorship and promotion.

HLM: What qualities should a musician have in order to get their music heard by a larger audience?