“My hearing loss made me want to help others hear”

UK actor, musician and television presenter Martin Kemp blames years of touring with his band for his tinnitus and hearing loss.

The former bassist for the ‘80s New Romantic era band, Spandau Ballet, told the Daily Mail that he is suffering from the ringing in his ears, which he attributes to his days of being a musician, standing in front of amplifiers and using in-ear monitors.

“There is a whistling in my ears all the time,” Martin says.

“During the day I don’t notice it, but as soon as it goes quiet, or I’m in bed, I can hear it,” he says. “It drives me a bit crazy sometimes.”

“It drives me a bit crazy sometimes.” 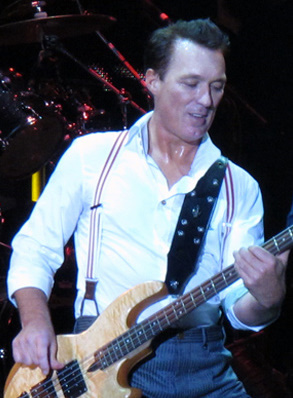 It is estimated that one in five people suffer from tinnitus – the perception of noise or ringing in the ear. The symptom is often an underlying condition of  hearing loss.

“I went to have a test because of the tinnitus and was taken aback when the audiologist said that I have hearing loss,” he told the Daily Mail. “‘But it’s not surprising considering I’ve been in the music industry since I was 17. Standing in front of a tower block of amplifiers or using in-ear monitors – which I think are worse because the sound goes right into your ears – killed the high end of my hearing. The sound on stage was incredibly loud.”

Kemp is certainly not the first musician to blame his hearing loss on his days in a band.

Recently, Sting admitted to having hearing loss, and AC/DC front man Brian Johnson reportedly took a break from touring in fears of going deaf. Other musicians have also reported noise-induced hearing loss or tinnitus as a result of constant exposure to loud noise, including The Antlers’ Peter Silberman, The WHO’s Pete Townshend,  Will.i.am and Ozzy Osbourne.

It is estimated that just two minutes at a concert with 110dB of sound can cause hearing damage, according to the Hear the World Foundation. To prevent permanent hearing damage, it’s important to protect your ears against loud noise. There are many different types  of ear plugs that can lower the level of sound reaching the eardrum, and ear plugs specially designed for musicians to wear while performing.