Roger That: My first experience with my Roger Pen

A cochlear implant may look incredibly simple to put on and take off but the assembly behind them and the care that they need can be a little overwhelming, especially on a baby or toddler!

When we were first sent home with the full Advanced Bionics kit we wondered where on earth we were going to store all of this stuff (and whether we would actually need half the things in the box day-to-day).

It turned out that a lot of the equipment would be for adhoc use or spares and there was a ton of manuals to accompany everything! But there was still quite a few things for us to learn and add a whole new routine to our already hectic days.

We quickly got to grips with the names of all of the hardware and the difference between his waterproof and non-waterproof set and we setup a little “station” in Harry’s bedroom where we keep his day to day equipment – including a dry box and battery charger.

Getting into a routine

Twice a day (morning and night) Harry sits with us to dismantle and put together his CIs. This is important for us because we want him to get to know how to put the batteries in and turn them on, so that when he gets older and wants to do it himself he knows how. He absolutely loves helping us turn the switches on and off and putting his “ears” away in the dry box before saying goodnight!

We try to put his CIs on immediately after he wakes up in the morning, but he did go through a stage a few months ago when he would throw a tantrum if we tried to put them on too early, so we would wait until he had woken up a bit and was distracted by a bit of TV before sneaking them on! (Luckily it was just a phase and now he’s quite happy to have them on first thing in the morning.) His CIs then stay on all day until bedtime, when we say goodnight to them and he settles down into a peaceful sleep!

Before Harry got his cochlear implants I was worried that we would have to sneak into his room to take them off each night, but he seems to be happy to take them off and get some quiet time before bed.

Teaching my toddler (and others) about his CI 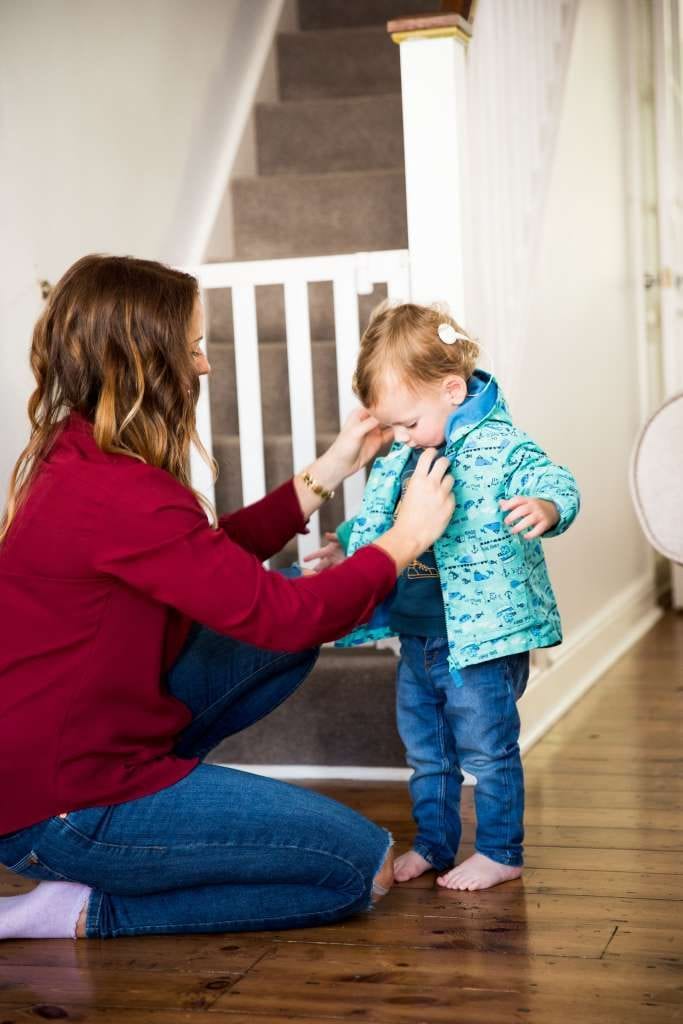 Being a toddler (and a typical boy) Harry can usually be found play fighting, stomping in mud and jumping in puddles! This doesn’t only create mess, but also a few problems when it comes to his hearing technology, as we have been through a few replacement parts. Unfortunately, accidental knocks and scratches are inevitable and almost unavoidable, but we do have a few precautions in place to try and prevent damage to his CIs when we can.

For example, Harry only wears his waterproof headpieces and lead. We do this so that if he decides to tip a bucket of water over his head (it has happened!) or goes to the beach his CIs won’t be damaged.

We also try to keep his cochlear implants really clean, to ensure nothing is clogging up the microphones. It’s Harry’s Daddy’s job to check that they are working properly on a weekly basis, including listening to them with a special set of earphones and taking them completely apart for a good inspection!

It took a long time for Harry to actually realise what his CI’s were for. At first they fell off all of the time because the magnets they use for babies are quite weak, to ensure they don’t damage their soft scalp. However, after a few months the magnet strength in increased and now they rarely fall off, unless he’s laying down and rubbing his head around. He now tells us when his “ears” fall off and will come over and ask us to put them back on, or he will have a go at reattaching them himself, which we find so cute and clever!

It’s really important to us that everyone caring for Harry knows how his cochlear implants work and what to do if they don’t appear to be working. This means that every sleepover at Nanny’s comes complete with a manual and a step by step list of instructions!

It may seem daunting at first when you are suddenly given this whole new routine and big box of stuff that you know costs a lot of money to look after, but I promise you it doesn’t take long for it to become an easy everyday routine.

My 7 Tips for Parents of Cochlear Implant Users: 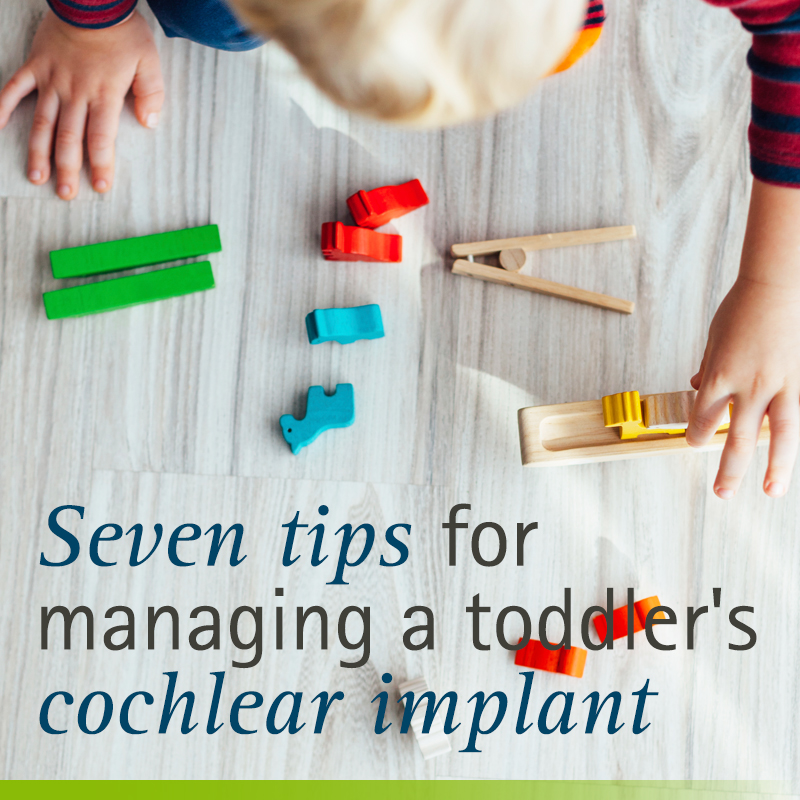 Do you have any other tips? Please share them in the comments below!