How to help when there’s a hearing loss diagnosis

*Update: “The Eternals” is now set to premier in November 2021, according to inverse.com.

Actress Lauren Ridloff, who is best known for her role in the Broadway play “Children of a Lesser God,” will be the first deaf superhero, according to Marvel Studios.

Ridloff, who was born deaf, will play the role of Makkari in the upcoming film “The Eternals,” which is based on the Marvel comics of the same name. She will star alongside actors Angelina Jolie, Richard Madden, Kumail Nanjiani, Brian Tyree Henry, Salma Hayek, Lia McHugh, and Don Lee.

The film is scheduled to be released in U.S. cinemas on November 2021 – a year after its expected premier.

The journey of a deaf superhero

Ridloff grew up Deaf with hearing parents, according to an interview she did with NowThis Entertainment. She was the only deaf child in her family and was mainstreamed most of her life, and had an interpreter who signed what the teacher said in the classroom.

Once she got older, her parents enrolled her in Model Secondary School for the Deaf in Washington, D.C., to help her identify with the Deaf community, she tells NowThis.

“I saw Deaf people who were professionals, who were teachers, who were scientists, researchers, and that blew my mind,” she says though sign language. “I feel representation is so important whether it’s in real life or on TV or on the big screen. We need to see other people who are like ourselves to help us define who we are.”

“We need to see other people who are like ourselves to help us define who we are.”

According to her Wikipedia page, Ridloff, who’s maiden name is Lauren Teruel, moved to the West Coast to attend California State University, Northridge, where she graduated with a degree in English and Creative Writing in 2000. The same year she was named Miss Deaf America.

Her acting career includes her role as Connie in the AMC television series “The Walking Dead,” and Pearl the Maid in the 2017 film “Wonderstruck.”

She was also nominated for a Tony for her role as Sandra Norman in “Children of a Lesser God” in 2018.  The 41-year-old now has two deaf sons and lives in Brooklyn.

Why we need deaf superheroes 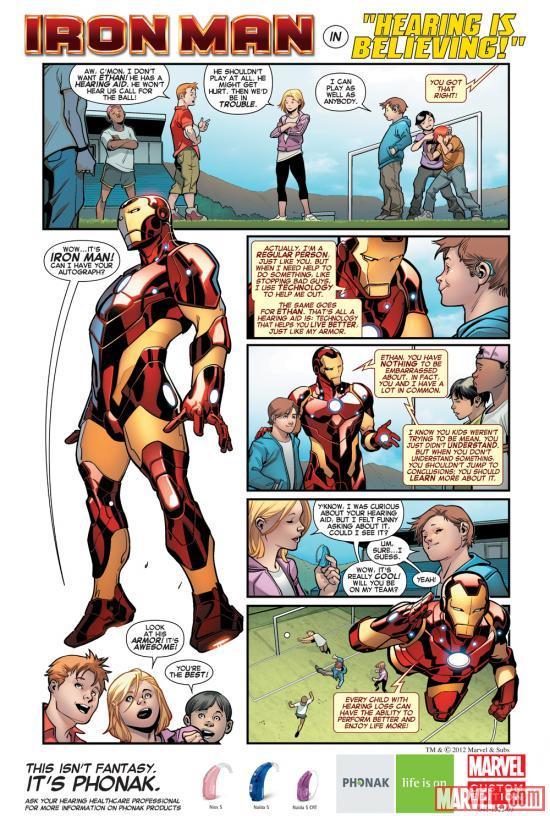 “Representation lets the five-year-old in each of us know that we will be ok,” Ridloff tells NowThis. “I didn’t meet Deaf people. For a while I thought

If you do a Google search for “deaf superheroes” you’ll find a list of comic book figures, including characters in the series “Sign Gene”; Walter Shreeve, or Shriek, or  “Batman Beyond,” who gets tinnitus after his sound suit is damaged; and Blue Ear, a superhero who wears Phonak hearing aids, created by Marvel Comics in honor of a 4-year-old fan who told his mother “superheroes don’t wear blue ears.”

However, Ridloff will become the first Deaf superhero in the Marvel Cinematic Universe.

The rise of #DeafTalent

In recent years, films featuring Deaf and hard-of-hearing actors have been receiving high praise. In 2018, the films “The Silent Child,” and “The Shape of Water,” won an Oscar for best Live Action Short Film and Best Picture respectively. Both films showcased deaf actors and sign language.

“Baby Driver,” “Wonderstruck” and the show “This Close,” are also examples of films and TV shows with themes of tinnitus, deafness and stories that focus on the “normal” lives that people with hearing loss have, rather than focusing on disability.

Read more: Why this year’s Oscars was important for deaf culture

“I think right now Hollywood is ready to hear stories from people that have been marginalized for a very long time,” Ridloff says in the video. “However, I would say we are in a learning phase where we’re learning what each actor needs as part of a whole community and as individual actors.”

“…Hollywood is ready to hear stories from people that have been marginalized for a very long time.”

Deaf filmmaker and director Jules Dameron, who lead the #DeafTalent movement, has also pushed against the historical trend of having hearing actors play D/deaf roles.

“The mentality that ‘deaf people should only play deaf roles’ has been the mentality of the deaf community since the ’90s,” she says. “I just feel that it’s unethical for a privileged person to play a role that is meant for others. Deaf people already can do the job themselves.”

Ridloff says that while she’s grateful to represented the larger Deaf community and play a role that represents closely to who she is – a female, Deaf, woman of color – she’s also looking forward to “when we can dig deeper and explore the intersectionality of identity that a Deaf and hard-of-hearing person has – and we all have throughout our lives.”