How my Roger Select helps me in the workplace

Tina Lannin has encountered many obstacles due to her deafness. But they led her to create her own company and become the UK’s foremost lip-reading expert. 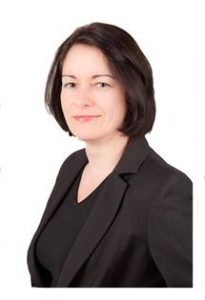 The seeds were planted early on for Tina Lannin’s future career as a lip-reading expert. She was born deaf to a hearing family. Her parents never accepted her hearing loss. As a mode of survival, she learned to lip-read quickly. Despite a certain lack of understanding, she did attend a partial hearing unit (PHU) until the age of 11. “Then I attended a hearing boarding school, which was a tough experience, including bullying by other students,” says Lannin.

She moved to Gibraltar at the age of 16. Despite the challenges of other students, she was able to find work with the local government because she was bilingual. Despite this being something she loved, it wasn’t to last.

“The Armed Forces started pulling out of Gibraltar and we were going to be made redundant, so I decided to go to the UK and get a degree in Business Studies and Japanese,” Lannin recalls. I didn’t realize my hearing had deteriorated to the point where I couldn’t use a radio aid until I actually arrived at university and tried to use one – I couldn’t hear a thing.”

Eventually choosing to pursue law but with no support, Lannin put in many extra hours of study. She had to get up at 4 AM each morning in order to keep up with her hearing peers.

“I read law and did legal work placements, but I could not secure my articles,” Lannin says. “Law firms just couldn’t see past the disability. I really struggled to get my first job after university. When employers received my CV, they would ring up, very keen to speak to me. My mother would pick up the phone and tell them , ‘She is deaf and can’t use the phone,’ and they would instantly lose interest.”

It was at this time that Lannin tried an experiment. She sent six CVs off to prospective employers detailing her hearing loss, sign language skills, and deaf awareness qualification. She followed these up with another six CVs sent to other would-be employers, but this time with no mention of hearing loss.

“The second batch all got responses,” she says. “So I believe discrimination still exists in the workplace today. It was very demoralizing. The only support I found was from an amazing agency which helped disabled graduates get into work. They helped coach me for interviews. I obtained my first graduate-level job as a finance manager for a disability charity.” 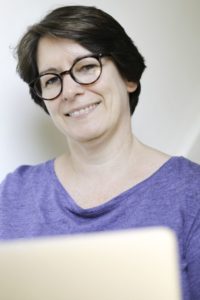 Lannin was able to land this job even though technically she had no experience in the field. “The agency’s coaching and my confidence in my skills helped me to get the job,” she says. “I have found that the charity sector is more aware and accepting of disabilities, to the point that it isn’t really an issue.”

Gaining Experience as a Lip-Reading Expert

After this, Lannin worked for Hearing Concern as their finance manager. It was at this time that she first encountered speech to text reporters (CART) who captioned meetings.

“I started lip-reading for the TV company across the road and gaining experience as a forensic lip-reader,” Lannin says. “I’ve been lip-reading all of my life and this has helped me to be a very good lip-reader. I can lip-read people from behind, sideways, and if they are in a car behind me! In my spare time, I trained as a lip-reading teacher and mentor, helping deaf people into work.”

“I can lip-read people from behind, sideways, and if they are in a car behind me!”

Lannin then became a career consultant for Imperial College, University College London and Birkbeck, using speech to text support. With a professional qualification gained at this time, she is now able to work in any university as a freelance career consultant.

Read more: Can you read my lips?

“I learned to showcase myself as a hearing person until I was offered a job interview, then only at the interview stage would I declare my hearing loss and the support required for the interview,” Lannin says. “In the interview and on the job, I had solutions for my hearing loss. I had to know how to manage group situations and be proactive whenever a situation arose that might require communication support.”

Lannin decided to get a cochlear implant and received a second shortly after. The CIs allow her to at last use the phone a little. “I am still deaf and I still can’t use the phone like a hearing person can (as I was born deaf and have been too deaf for too long),” says Lannin. “My manager would say to me, ‘But what’s the point of going through all that when you still can’t hear?’ There was just no understanding of the issues and frustrations I had to deal with.”

Tired of battling constantly at work with hearing colleagues, having to ask peers to slow down, only to be told that they didn’t have the time to slow down, Lannin knew that she had to make changes in her life.

“Colleagues would set up meetings on days when I didn’t have communication support available (due to a limited Access to Work budget), then with scorn say, ‘Why can’t you remember what I said in that meeting!'” says Lannin. “I was expected to join in team and social events, but I was unable to follow what was said. My manager expected me to know things about the job that was learned around the kettle or passed on informally. I would turn up and no internet was provided for remote captioning in that room (after being told ‘It’s easy to sort it out’) so that meant I couldn’t follow the meeting. They made me feel like I was being awkward and difficult in requesting this.”

Add to this the frustration of having to fight for Access To work payments, which had to be constantly chased up, Lannin felt enough was enough. “Having a hidden disability is HARD,” she says. “I really valued the friendships I made with colleagues as they made life at work much more bearable.” 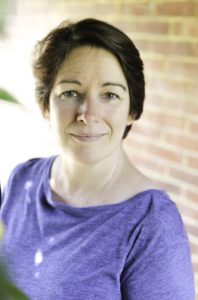 Taking a leap of faith, Tina started her own company 121 Captions, which provides forensic lip-reading services, speech to text, both remote and onsite, and sign language interpreters.

“We were the first agency in the UK to provide remote live captioning,” Lannin says. “I am a client as well, so my team has a deep understanding of how to make it work well. Accessibility isn’t just a box-ticking exercise like I see happening elsewhere. Being self-employed has been an exciting challenge. My only regret is that I didn’t start sooner. It’s very refreshing to work for a company where being deaf is an asset and where actually being deaf doesn’t matter.”

Lannin has worked with several well-known brands including Twitter, Al-Jazeera, and Disney, plus national newspapers and government agencies. She has provided training courses and talks at conferences across the Middle East and in the UK on captioning, lip-reading, and communication solutions for deaf people.

Have you ever tried forensic lip-reading?