I was born at a time when video conferencing was a reality only on “The Jetsons,” the Americans with Disabilities Act was years away, and the web was only something Spiderman used.

Newborn hearing screenings wouldn’t be routine for at least two decades. Back then, only babies born with conditions that put them at high risk for hearing loss were screened. This meant, according to the National Institutes of Health, that about 50 percent of newborns with hearing loss were sent home each year undetected.

I was one of those babies.

The start of the hearing loss journey

While my hearing loss wasn’t detected at birth, at least it was earlier than the average age of identification. At the time, that was two and a half to three years old and sometimes as late as five or six years old.

Rudimentary tools like a vacuum cleaner, clanging pans, a barking dog, the keen eyes of family, and a mother’s instinct were used to detect my hearing loss. After enough evidence gathered by my family, the pediatrician who had downplayed my mother’s concerns could no longer ignore the obvious.

I was 14 months old, and the diagnosis was overwhelming for my parents, who didn’t know anything about deafness. After research and a great deal of thought, they decided they wanted to raise me to lipread and talk so I could be independent. I could always learn how to sign, they reasoned, but I couldn’t always learn how to talk.

Luckily, the critical window for speech and language development hadn’t closed. I was outfitted with a hearing aid (the doctor felt one was best; my parents had to really push to eventually get me two), which had to be worn on a body harness. My daily speech therapy also started, which continued through high school. I still remember one therapist putting peanut butter on the roof of my mouth to teach me the correct tongue placement for a sound. My parents worked with me at home too. They labeled everything so I could make the association with their lip movements. If I wanted something, I had to verbalize it.

Three years after my birth, my sister was born. Because of my deafness, she was tested right away. She also was diagnosed with a profound hearing loss. Clearly, there’s some sort of recessive gene involved, but it’s not Connexin-26. I was tested for that common culprit as an adult but the source of my deafness remains a mystery.

We were mainstreamed in the public school system, which had a great hearing support program. I wore the FM system, an assistive hearing device that helped with amplification and also had to be worn on my chest. Luckily, by then I had behind-the-ear hearing aids or I’d have looked like Dolly Parton with botched plastic surgery. The teacher wore a microphone and often forgot to turn it off for key moments, like the time in fourth grade when everyone heard her going to the bathroom. Eventually, the technology improved to the point where I was able to clip the receiver to my belt. I wore this until middle school and then had a note taker in high school.

“I wore the FM system, an assistive hearing device that helped with amplification and also had to be worn on my chest.”

Sometimes I wonder what it would have been like growing up with today’s technology. The web, smartphones, texting, and email would have put me on a much more level playing field. If I wanted to make a phone call, I had to ask my parents to help or loan friends my portable TTY (teletypewriter or text telephone). For someone who’s impatient and types over 160 words a minute, the TTY is awfully tedious. Only one person can type at a time, and the speeds back then were so slow I’d have to wait for the text to appear after typing.

Read more: How social media is changing the lives of deaf teens

Or there was the Relay (calls made through an intermediary where an operator voiced what I typed, and vice versa), once it existed. Except in its early days, it only operated during business hours by volunteers. Getting a busy signal was par for the course, as were the operators getting involved in my conversations. Sometimes I’d have fun and throw in a curse word here and there just to make them say it. 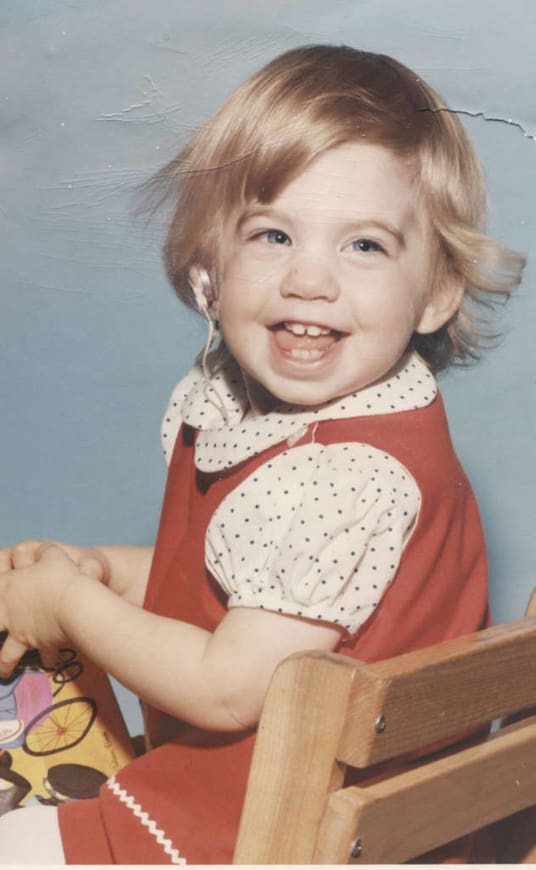 I’m also old…err…lucky enough to remember the days before closed captioning. My parents, bless them, mouthed TV shows for us. Then when there was captioning, it wasn’t as ubiquitous as it is now. Many shows were not captioned, so I missed out on a lot of popular culture. Monday mornings when I was in high school, everyone talked about that weekend’s episode of SNL.

“I’m also old…err…lucky enough to remember the days before closed captioning. My parents, bless them, mouthed TV shows for us.”

After high school, I attended a private liberal arts school where I got my BA in English Literature. A few years later when I figured out what I wanted to do when I grew up, I went to the University of California at Berkeley to get my Masters in Journalism. At that point, I was able to take advantage of technology and requested CART (real-time captioning) for my accommodation. What a far cry from having to rely on a human note taker!

I got a cochlear implant (CI) in 2006, so now I have a CI in my left ear and a digital hearing aid in my right. Thanks to my Neptune, I can even hear, and consequently feel safer, in the water.

I work as a freelance journalist with a variety of tools at my disposal including a captioned telephone, Google Hangouts, and a multitude of ways in which to connect. I have two hearing children with excellent communication skills, thanks to yours truly.

Read more: On Being a Deaf Mom 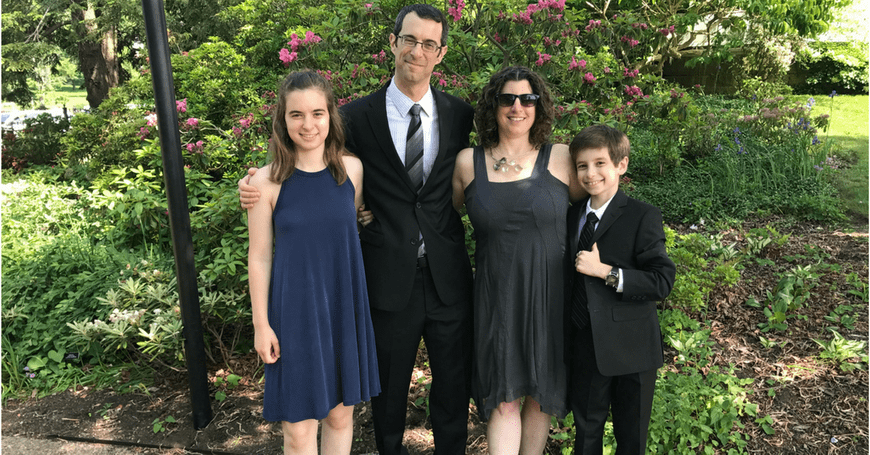 Now that I’m a parent, I have a greater appreciation for mine. It’s the parents’ job to do what’s best for their children, to allow them to reach their full potential, and to ensure their happiness. Every time I use my voice and go about my life, I give thanks that my parents made the decision they did. As I continue to marvel at what was accomplished despite limited technology, I’m also grateful that today’s deaf children will have even better opportunities.

How has technology change for you since you first got your hearing aids? 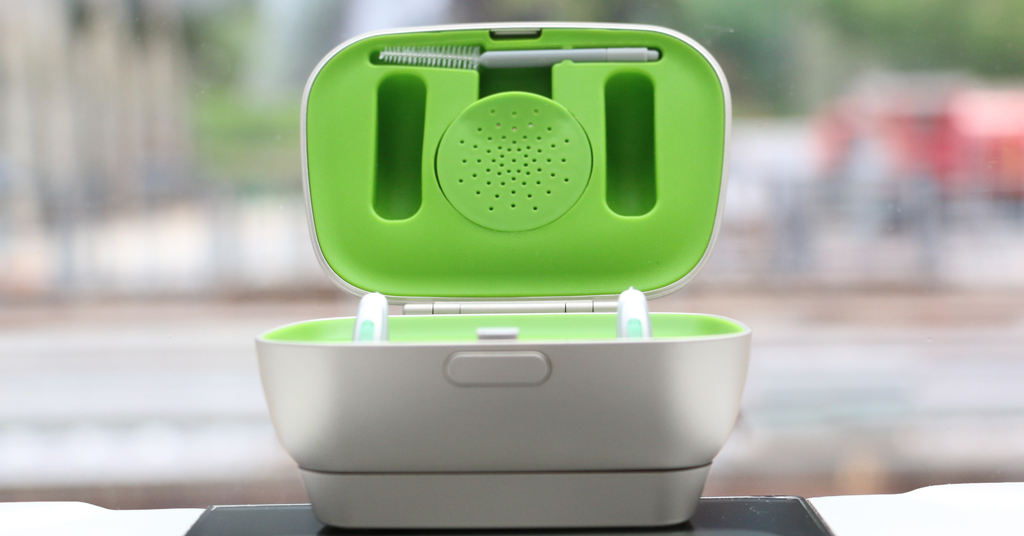 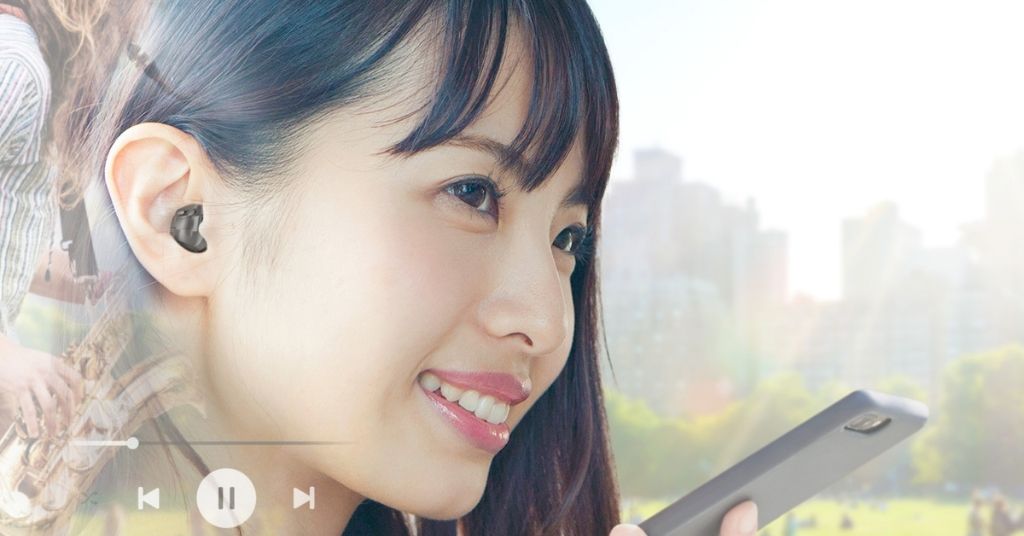