Hearing loss can be stressful. Here’s how to manage it

Hearing loss was something we never really talked about in my family, other than mentioning that I should wear my hearing aids. My father put on his hearing aids like he did his glasses and it never became a topic of discussion.

After not accepting, facing, or even talking about my own hearing loss for close to 30 years, I recently started to become fascinated by it. Now, I can’t stop talking about it. What caused this fascination? Living through so many scenarios in life where I missed out, yet still hearing enough that I felt misunderstood and I was desperate to understand what was going on. I realized that witnessing my dad’s hearing challenges growing up has taught me a lot over the years. Feeling connected to his situation through my lived experiences, I’ve not only investigated my own hearing loss, but have also been starting to learn more about my family history of hearing loss particularly on my dad’s side of the family.

My father is happy to discuss his hearing loss since I’ve been wanting to know more. So, this past year, I have been asking him more about our family history.

He was diagnosed with hearing loss in seventh grade and had some troubles hearing in class, but didn’t get hearing aids until his 40’s or 50’s. It didn’t seem necessary due to his hearing loss not being “big enough.” He has been gradually losing more hearing since then and now has moderately severe-profound hearing loss, being primarily in the severe range.

My father said his dad, grandfather, cousins, and uncles all had hearing loss. Though I have never met these individuals on his side of the family (partly because my dad was already middle age when I was born), I believe each one of them wore hearing aids and also gradually lost more hearing as time went on.

Hearing loss can be isolating

Although my father was able to “get by” and even thrive in some communication settings, I grew up witnessing many times he was left out of conversations. For example:

“People assumed he was being rude, but he literally could not hear them.”

Most people in my dad’s surroundings did not understand his hearing loss, but I was able to understand it due to living through my own similar challenges.

I have come to realize that people will make judgments out of ignorance. My dad would say: “Huh?” with his hand behind his ear, but he was never a strong advocate for himself. If he missed out in groups, he tended to let things go and just follow along the best he could. He is a very patient person and made the best of his situation, regardless.

Hearing aids have been greatly beneficial for my father 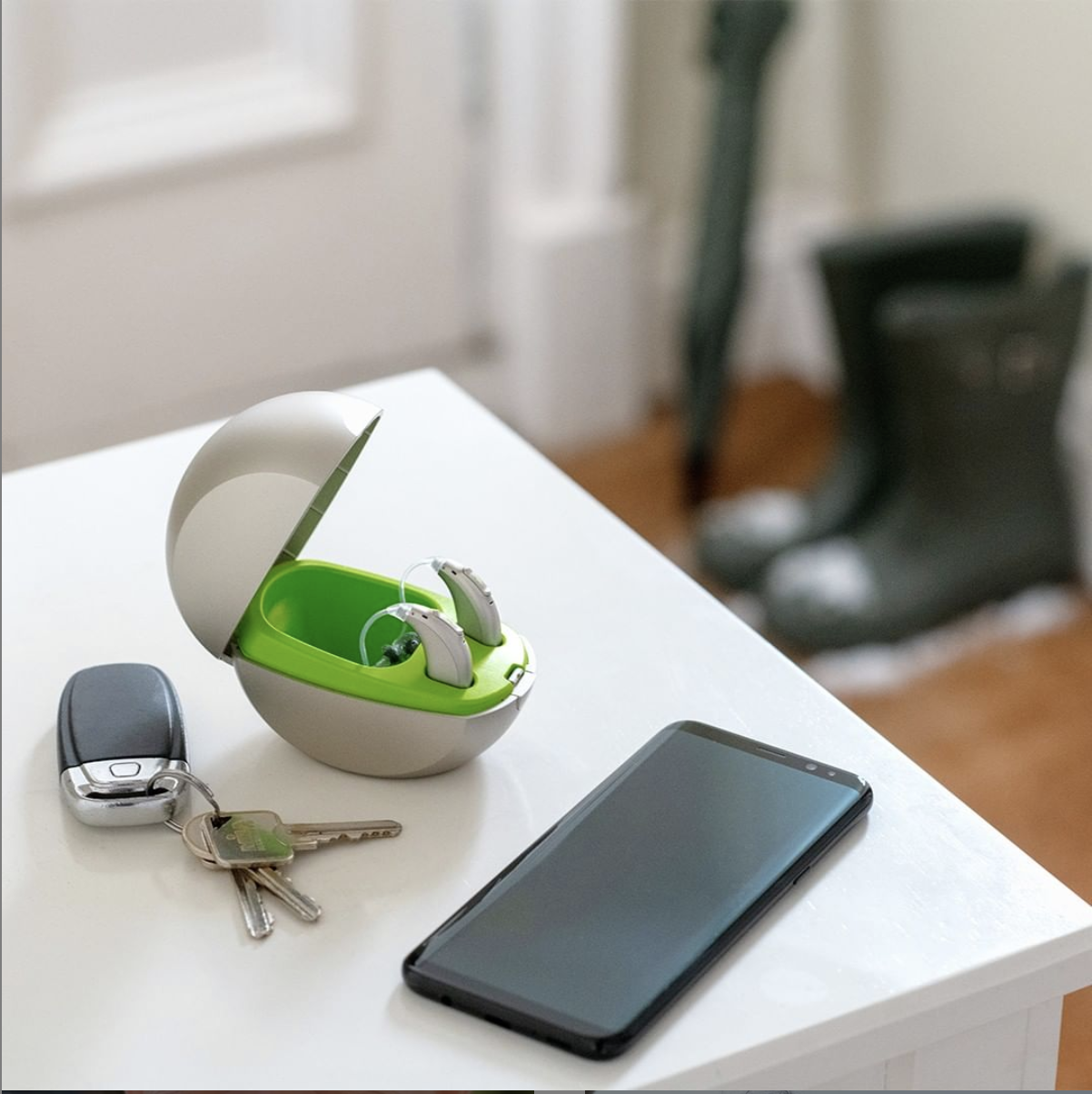 Hearing aids have enabled my dad to hear in a variety of settings. Without them, he is unable to communicate.

Hearing aids have made it possible for my dad to live life as a hearing person, and he seems to get by just fine for the most part. He cares about his family and wants to be able to interact with them.

I have recently tried to get him and my mother involved in learning ASL to go along with the hearing aids, and they attempted to learn, but learning a language at a later age can be challenging. My mom’s side of the family is musical, and sitting around listening to my grandfather play the accordion was something my father always enjoyed. He was happy to hear the sound of the birds again. Also, he always gets excited talking about the sounds he could hear that had started to fade over the years.

“He was happy to hear the sound of the birds again.”

He started his own charitable organization to help individuals in need of support, which now has one of the largest food pantries in the area it is located. Although he gave presentations and performed as the face of the organization, as soon as he came home, he would unwind on the couch, reading a book or the newspaper. He can socialize in spoken situations, but I believe he gets drained more easily than others.

Embracing my situation is an important step

After living through my own experiences on top of seeing my dad’s experiences, I have become fascinated with learning about as many different ways to communicate and assist with understanding as possible.

Learning as much as you can to improve your situation helps you embrace who you are as a person. Hearing loss was never something that was embraced in my family and this is something that I am trying to change.

There are many ways to communicate

I am learning about every way possible to make my experience the best I can while accommodating my hearing loss:

“To effectively communicate, we must realize that we are all different in the way we perceive the world and use this understanding as a guide to our communication with others.” -Tony Robbins.

If you believe you or a loved one has hearing loss, you can find help! Learn more about buying hearing aids or locate an audiologist near you. 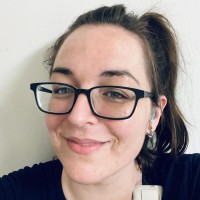 Author Details
Kayla DeGuire
I started writing for Hearinglikeme because I needed to share my story, but didn’t have a good outlet, as I felt nobody cared about hearing loss. I did not wear my hearing aids most of my life, but after a buildup of missing hearing things throughout my life, I realized how much easier communication would be if I accepted them. Today, I wear Phonak Sky B-90s. I also communicate in sign language and enjoy being a part of the Deaf world. I was diagnosed hard of hearing in first grade, but spent my entire life trying to act as if it didn’t exist, getting by the best I could. It took me a long time to accept this part of me, which today I am learning to love. I share my stories with advice of what has worked for me. One thing I have learned is what works for me may not work for somebody else. Our DHH communities are diverse and our wishes is something that should be respected and celebrated as it makes each of us safe to be ourselves in our own unique beautiful way. 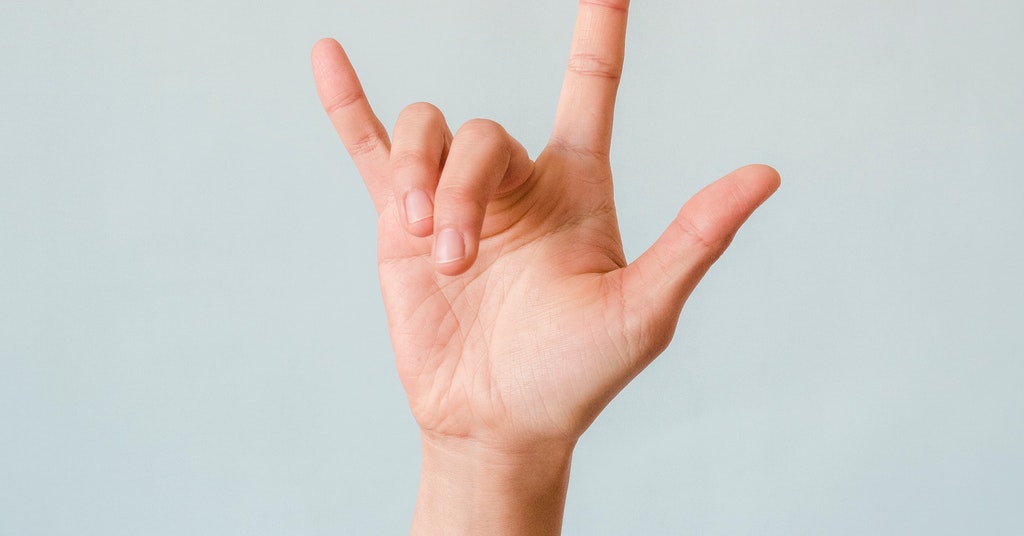