The Reality of Listening Fatigue in a World of Masks

What Would You Do If You Couldn’t Hear Your Children?

In celebration of Deaf Awareness Month this September, we’ve gathered a list of some of the most interesting Deaf Fun Facts for you to know.

Have you ever played trivia where you needed to know the answers to some pretty interesting facts of a show, sports team, or group of people? Well, today I’m going to help you ace Deaf trivia with some fun facts about d/Deaf/HOH actors, athletes, and musicians.

So let’s get started!

The longest Deaf reoccurring role was on Sesame Street 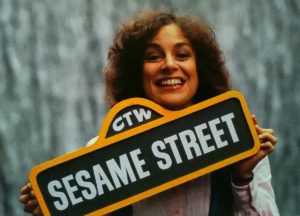 For many people growing up in the 70s-90s the first Deaf person they may have seen on TV is Linda Bove. Linda Bove first appeared on Sesame Street as a librarian, Linda, with her dog Barkley. She introduced many hearing and deaf children to American Sign Language and the Deaf community. She remained in this role from 1971-2002, thus making her the current title holder for the longest Deaf reoccurring role in television history.

If you haven’t seen the 50th Anniversary Celebration for Sesame Street then you should watch it. She was also the first regular Deaf actress in the soap opera, “Search for Tomorrow.”

Remember that show with all the little blue characters. That’s right, The Smurf’s.

Well, believe it or not, The Smurf’s was the first animated show to have a character use Sign Language. “Smurfing In Sign Language” is the episode that introduced the wood-elf Laconia. There is some debate over whether or not she was deaf, but on the show, it is said that she is “mute and uses sign language to communicate.”

She taught the Smurf’s, and many of those who watched the show, some sign language. This was revolutionary as the technicality of producing signs in animation was not something that had ever been done before. 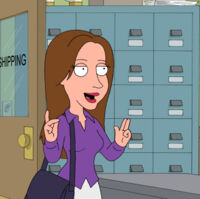 When you think of a voice actor you don’t normally think about a Deaf individual. However, Marlee Matlin became the first Deaf person to voice a deaf reoccurring character in an animated show. Marlee Matlin has appeared on five episodes of “Family Guy” voicing the character Stella, according to IMDB. After being the butt of a joke by “Family Guy,” Marlee Matlin confronted Seth McFarlan and got him to allow her to do her own voice-over star guest appearance. Because of this, she joins the ranks of famous people to be on the show, including Patrick Stewart.

“After being the butt of a joke by “Family Guy,” Marlee Matlin confronted Seth McFarlan and got him to allow her to do her own voice-over star guest appearance.”

For a long time, there have been people who have doubted the abilities of Deaf people. Surprising to some, Deaf people have made some pretty awesome contributions to sports.

Here are just a few of them:

The “huddle” was invented by a deaf quarterback 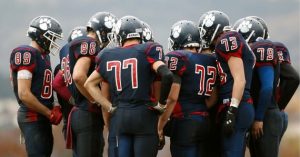 The huddle was started in 1892 by Paul Hubbard.

Paul Hubbard was a quarterback at Gallaudet University and didn’t want people on opposing teams to see his team’s signs.

Thus the first huddle started, and since then the huddle has been a reoccurring part of many sports teams.

William Ellsworth Hoy, also known as “Dummy” Hoy, was the first deaf player in major league baseball. Some believe he may have been the person to originally use the hand signals we see in the sport today.

Deaflympics is a highlight of Deaf athleticism

Did you know that there is an Olympics specifically for deaf and HOH people? Deaflympics was started in 1924 and predates the special Olympics and Paralympics. Deaf people may participate in the Special Olympics if they also have an intellectual disability, and Paralympics if they also have another disability. Accessibility in the Olympics, for deaf and HOH participants, was not historically given. Deaflympics filled that gap and continues to be a highlight of Deaf athleticism. One of the rules for competing in Deaflympics is no hearing aids or cochlear implants are to be used.

When I was in university I joined the choir. At first, people looked at me coming in with two interpreters, hearing aids, and an FM system as strange, but once they heard me sing their expressions changed. Many just do not realize that deaf people can literally do anything except hear fully. There are quite a lot of deaf musical artists out there.

Of course, the most popular one is Beethoven, but here are some you may not have known about:

Sean Forbes was first Deaf person on the Billboard charts (this year!)

Sean Forbes continues to open doors for Deaf and HOH people in music. This year he became the first Deaf person to place on the Billboard charts in the USA. He did so with his album, appropriately titled, “Little Victories.”

I was able to meet Sean Forbes twice when he visited my state, and his music is amazing! If you haven’t checked him at then you definitely should! Little Victories not only placed on the Billboard charts, but it also hit the number 1 hip hop spot on Amazon Music and iTunes! DEAFinitely making history there!

Read more: Meet Sean Forbes, the deaf rapper who is inspiring a generation

Mandy Harvey won a Golden Buzzer on “America’s Got Talent” 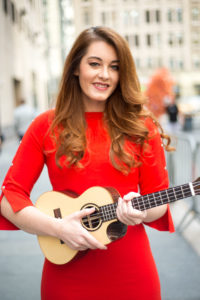 Another person making history is Mandy Harvey, a singer/songwriter from Cincinnati Ohio. Harvey graced our TV and computer screens when she appeared on season 12 of America’s Got Talent. She sang an original song, Try, which she did while playing the ukulele.

As someone who sang before I started losing my hearing, it was amazing to witness someone who was deaf and still singing. She got a Golden Buzzer from Simon Cowell and placed 4th in the competition.

For some hearing people, this was the first time they realized some deaf people can sing, and enjoy singing and music. As we say, deaf people can do anything except hear.

SignMark was the first Deaf person to sign a record deal

One of my absolute favorite rappers is SignMark, so this list of fun facts about Deaf community wouldn’t be complete without him. Some call SignMark the most famous Deaf rapper. It’s possible. (Maybe we can get a rap battle between him and Sean Forbes.) SignMark, who’s real name is Marko Vuoriheimo, hails from Finland.

He released his first album in 2006, and almost three years later, he signed a record deal with Warner Music – becoming the first Deaf person to sign a record deal.

His wife and he recently welcomed a baby boy into the world last month. Congratulations to them!

Hard of Hearing, deaf and Deaf people have accomplished so many wonderful and interesting things. There is so much more than what is just on this list.

What is something you feel is an important part of Deaf history that should be included in a game of Deaf trivia? We are a big, diverse group of people. It’s truly beautiful to see all that we have accomplished! 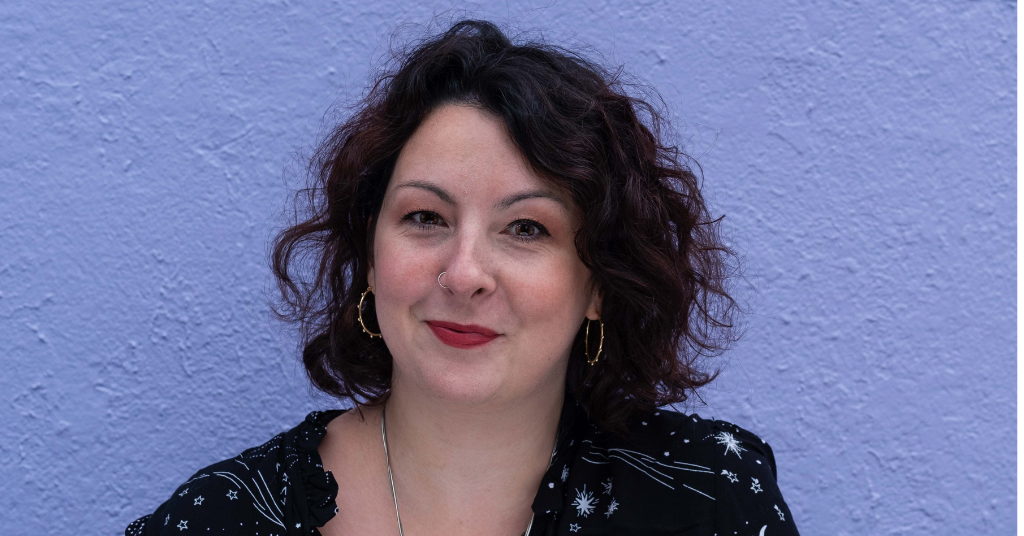