With dogs and Phonak hearing technology, Marianne can conquer the world!

The rhythm of the music floods through the large hall. A border collie bounces around, studiously focused on the woman dressed in red fox fur.

‘What does the fox say?’ boom the loudspeakers, while the duo performs tricks precisely coordinated in time with the music. It finishes, the public burst into applause and, as the dog hurries back to the woman, her face breaks into a broad smile – now it’s time for fun and treats.


The woman in the fox costume is Marianne, a 43-year-old deaf dog trainer from Hønefoss, Norway. Her dog, Vega, is an 8-year-old border collie. Together they make up Team Bissevov and they have just participated in the prestigious dog competition, Crufts, in England. In the discipline of creative obedience – dancing with dogs – they have won the Norwegian Championships three times, competed in the World Championships and the Nordic Championships, and are active in two different national teams. In dancing and obedience, Marianne has found her arena – and the dogs love it.

From trick videos to Norway’s Got Talent 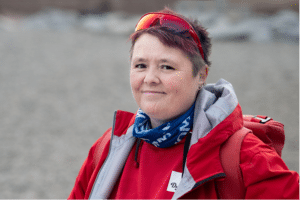 On first acquaintance, there is little to indicate that Marianne has severe hearing loss, but then she has also spent a long time getting used to hearing. She lost much of her hearing at the age of 17 and had to give up the music program at high school.

“I did the first, the second and started the third year, but was forced to give up because I didn’t have a chance,” she says. “That was when I got my first two hearing aids, which I spent several years getting used to. I sought comfort in dogs and got my own in 2000.”

“I started watching videos of cool tricks on YouTube. Not all the tricks were that useful, but, wow, it was so cool to do them! The tricks got increasingly difficult until someone joked that I should apply for Norway’s Got Talent – even though I definitely wouldn’t get in. Then I thought that I would show him, so I applied,” she grins.

After that, things started to snowball as a deaf dog trainer. She reached the semi-final of Norway’s Got Talent, was invited onto Sweden’s Got Talent, and won a place in the final there. Shortly afterwards, she was introduced to the competitive discipline of creative obedience – dancing with dogs to music – and now competes around the world.

“Do you have super hearing?”

Today, Marianne works with dogs full-time as a speaker, competitor, course instructor, and she also performs with the dogs. This is a profession that requires good communication. In a one-to-one course, she combines her  Phonak Audéo Paradise hearing aids with the Roger Select microphone, which she hooks onto the person she is teaching so that she can pick up everything that the person says during the class. In situations where she is lecturing and needs to answer questions from the floor, she fastens the Roger microphone onto the person who goes round and selects the questions. This person repeats the questions asked, so that Marianne can hear them directly in her hearing aids.

“The connection between the hearing aids and Roger Select is strong,” she says. “Now I don’t need to worry that I won’t understand things. I can even turn my head or stand facing away and still hear what others are saying. It’s opened up an entire new world for me.”

She goes on to relate a funny episode involving microphones in a theater. She and her dog Vega were to act in the show Annie, and the children were very curious about the hearing aids and Roger Select, and attached it to themselves. A little while later they forgot all about it, left the stage, and discussed the questions they wanted to ask Marianne. When they arrived on stage once more and Marianne immediately started to answer the questions, they were astonished. “Do you have super hearing?” She walked over to one child, plucked off Roger Select with a smile, and said “You forgot to take this off”.

Life and joy – and the darker times

Marianne comes across as a lively woman with a good sense of humor, great stories, and a cheery laugh. She loves her work and talks happily about future dreams of a training hall, competitions, and litters of puppies. She has a lot to say when it comes to dogs – it’s clear that they bring her great joy.

Seven dogs live in her home. In addition to her partner’s dogs, her pack consists of border collies Vega and Valborg, and golden retrievers Kanutten and soon also little Tjorven. They are an important therapy for her when her anxiety strikes. The dogs are good at spotting when things aren’t going so well – at such times, they jump up and get close to her as they have been trained to. Because she has to concentrate on them instead, it drags her out of the negative thoughts and helps her out of a downward spiral.

Vega, for example, is a firm friend of the dentist – a nightmare situation for Marianne. Throughout the appointment, she sits listening to music in her ears via the hearing aids and focuses on the dog on her lap so the dentist can get on with the job in peace. Vega is quick to note if it becomes too much for her and alerts the dentist by prodding her carefully away with a paw.

“Vega has to greet the dentist first when we arrive and always receives treats when we’re finished, and the dentist has shown great understanding on her part,” she says. ” I think it’s absolutely fantastic. There are a lot of dentists who wouldn’t tolerate it.”

Listening to music is important for Marianne when she finds herself in situations without a dog. In this case, she streams music directly from her phone to the Paradise aids and can leave her negative thoughts behind. She notes that she is less worried now about catching what is being said and can often agree to errands alone without a dog. She is also satisfied with the sound quality:

“I listen to music all the time and love it. In addition, the sound in the Paradise aids is raw, which is fantastic. You don’t get the metallic ‘clunk-thump’ noise and I don’t jump at things in the same way as I used to. Now I can even hear sounds that I didn’t notice before, for example the drip from the bath faucet. I had never heard it before,” she laughs.

Marianne has become more aware of her hearing over the years, and is clear about what she likes and what she doesn’t. Firstly, she misses hearing aids with stronger colors because this makes it more obvious to others that she needs assistance with her hearing. She says she also wants to get better acquainted with the new functions in the Phonak Paradise hearing aids.

“I have possibly the world’s worst patience for simple things,” she says. “Although, spending eight months teaching a dog to do handstands is easy.”

Like many other people with a hearing loss, she is looking forward to the day when wearing face masks is over. She feels that the face mask has turned hearing loss into a major problem, as she is afraid of not picking everything up or losing the aids when she removes her face mask.

“Although the new hearing aids are awesome, I do depend on lip reading because I’ve done it all these years, so I need to take a little more time before I have complete confidence in what I’m hearing. Recently, I was at an advertising production and there was a crowd of people, with dark lighting, and face masks. It was terribly difficult, and my mind was worn out. Once it was over, I slept for the next two days. I was completely exhausted.”

Once the pandemic is over, she says will test out various solutions with Roger Select in collaboration with Phonak. She depends on receiving music directly into her ears when she is performing, but at the same time she needs to be able to hear the judges’ commands from a long distance away. This will be a great help because so far she has had to learn all the songs by heart to know where about she is in the program.

Dancing from country to country

Although she herself admits that a hearing impairment is not always a bed of roses, she questions why so many people are reluctant to start using hearing aids.

“I believe that hearing aids are a little misunderstood,” she says. “It’s obvious that this is new technology. To give an example, I have a grandmother who has been wearing hearing aids for some months now. She is 89 years old and had said that hearing aids were for old or stupid people. After a lot of difficulty, we managed to get her to an appointment with an ear, nose and throat specialist, and now she is at the stage where she can’t live without them.”

Read more: Do this next time someone notices your hearing aids

In future, Marianne is looking forward to continuing to compete in creative obedience as a deaf dog trainer, both in Norway and in other countries. This year she is crossing her fingers for the Norwegian, Nordic and European Championships, but if this doesn’t happen she has other balls in the air. She will soon make her debut as an author with her own handbook of tricks. Because there can never be enough dogs:

“I’m quite certain that there won’t be any competition in England this year, and this means that we can use the same program next year and then we’ll nail it,” Marianne says. “We’ll really enjoy it. Everything else requires energy but being together with the dogs fires me up. With dogs, I can conquer the world.” 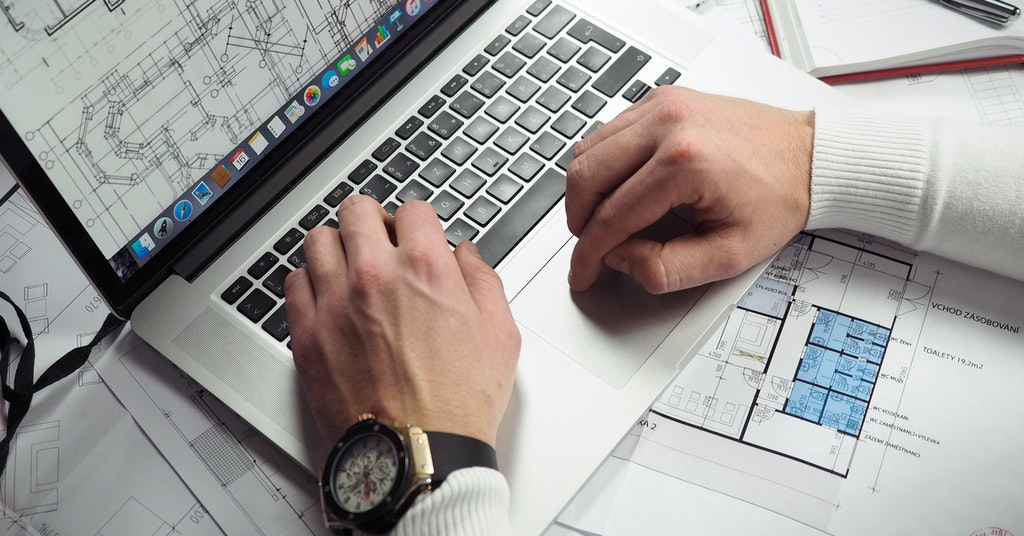 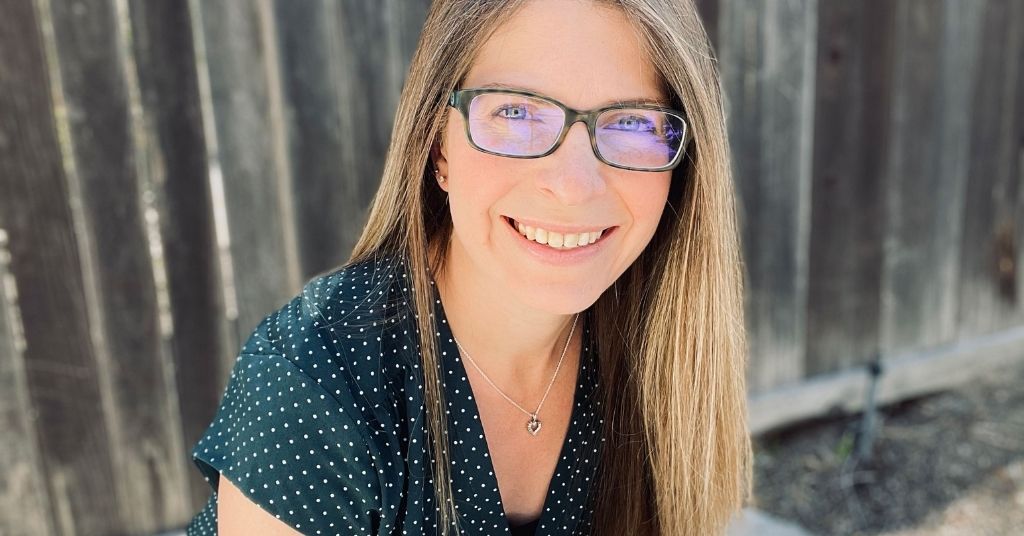