Why I’m jealous of my friends with hearing loss

Could you repeat that? Finding humor in hearing loss

Austin Philip, a deaf cricket player on the rise

Austin Philip’s first 2018 Deaf T-20 Cricket World Cup appearance didn’t result in a championship for Team Australia, but if he continues on his current path, he may well be holding the trophy someday.

At just 18 years old, Philip has been cited by Cricket New South Wales as one of the rising young stars on the Australian squad and in Australian cricket in general.

Prior to joining the team, he participated in the National Inclusion Championships in January. It was there where he “lit up the tournament with 223 runs from five innings at the crease,” finishing as the second leading run-scorer of the tournament. He averaged 74.33 runs across each of his five innings. He also contributed three handy wickets with the ball in hand.

When he’s not playing for the Australian Deaf Cricket Team, Philip plays for the tradition-rich Parramatta cricket club in New South Wales. 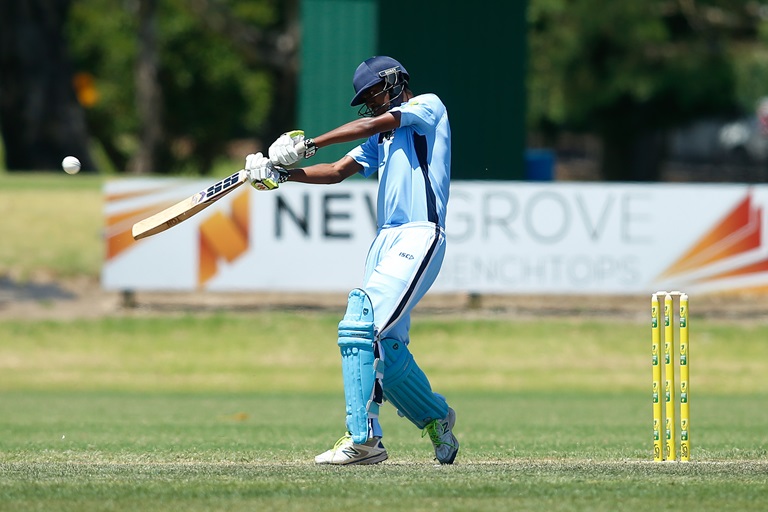 Philip was born in India before his parents immigrated to New South Wales when he was just six months old. Shortly after moving, doctors confirmed he was deaf, and he received a cochlear implant.

Philip has had to work harder to learn how to hear and speak than most of his Parramatta teammates. “When I was little, I couldn’t hear or speak, so all of my language lessons involved cricket,” he has said of the ways that his brain learned to convert the electrical impulses transmitted by his implant into sounds. “I learnt my speech by identifying and naming the world’s top cricketers.”

“When I was little, I couldn’t hear or speak, so all of my language lessons involved cricket,”

Due to his hearing loss, sometimes Philip is the only Parramatta player appealing for a caught behind (asking the umpire if a batter it out or not based on the play made by the wicketkeeper, the player behind the batter), but that doesn’t keep the longstanding club from having high hopes for him.

“Austin is a very promising player; he’s in third grade at the moment, but I have no doubt he can make first grade,” said club official Ron Wright of Parramatta’s latest international. “He works hard, and he gets results.”

Philip hopes to one day be the first player with a cochlear implant to play Test cricket for Australia.

“I want to play Test cricket and I’d also like to play in the BBL (Big Bash League, Australian professional Twenty20 cricket league), but to get there I know I must work hard, be humble and enjoy the game,” he told The Sydney Morning Herald.

His hard work has garnered attention from famous cricketers like Mike Hussey. After receiving an email about Philip, Hussey made an effort to meet him and inspire him to pursue his dreams.

Hussey has said, “I met him and his family a long time ago at the SCG (Sydney Cricket Ground – sports stadium used for cricket) when he was just a young boy and it was great to meet him, understand his story and watch his career develop. To make the Australian Deaf team is a fantastic effort by Austin because, just like the other players in the squad, he proves if you’re really passionate about something and you’re prepared to work hard, there really are no obstacles and you can achieve anything.”

“His physical abilities are very impressive – he’s quite an athlete,” he explains. “He’s going to be a long-term player for the Australian Deaf side and when you look at potential leadership in the years to come, we want to push him and the other young guys coming through.”

There’s no doubt Austin Philip’s star is on the rise, and this is only the beginning of a long-standing career for him.

Read more: Do you know about this deaf professional tennis player?

Do you know of any other deaf professional athletes? Let us know in the comments.