Deaf circus artist soars above obstacles to achieve his goals 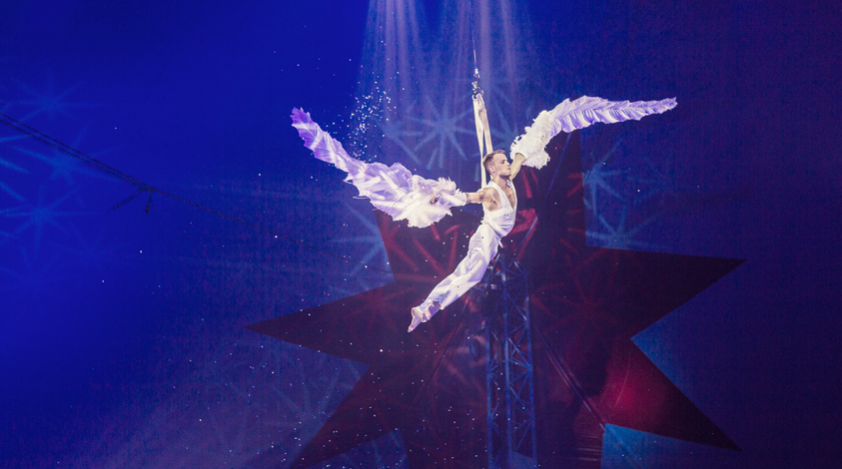 Twenty-five-year-old Jason Brügger dreamed about being a circus artist since he was a child. As he was on his path to becoming a circus artist, he experienced sudden hearing loss from a severe inner ear infection.

“The doctors advised me against becoming a circus artist as I had real difficulties with my balance,” Jason told Sonova. “I felt like I was in a pot with the lid on.”

This obstacle didn’t stop Jason, as he continued to pursue his dream of being a circus artist.

Jason, originally from Switzerland, traveled to Canada after high school to go to the “National Circus School” in Montreal. He then went on to achieve many acrobatic achievements such as winning the fourth season of the show “Switzerland’s Got Talent.” He also reached the final of “Das Superstar” the German version of “Got Talent” after joining the Swiss National Circus Knie.

Jason gives credit to his Phonak hearing aids for helping achieve these accomplishments. When wearing his hearing aids, Jason feels he has gained back some of the confidence he lost when first finding out his hearing loss.

“I can still remember putting on my hearing aids for the first time,” says Jason. “A whole world opened up to me again. My life has changed so much since then. I really enjoy life. I do things. I’m braver. I’m part of the world once more.”

“I can still remember putting on my hearing aids for the first time. A whole world opened up to me again.”

After experiencing the benefits of hearing aids, Jason wants to help others discover how hearing technology could make a difference in their lives.

Giving back with the Hear The World Foundation

Recently, Jason traveled with the Hear the World Foundation to Lebanon to share his story with deaf and hard of hearing children living there. He also taught them acrobatic exercises to help improve their balance.

“I certainly hope that I can encourage other people to believe in themselves with my story,” Jason says on Instagram. “Even if you’ve been told something is not possible for whatever reason, you should believe in yourself anyway, and fight for your dreams.”

Learn more about Jason and his story here.