Deaf teens: 7 things I would tell my teenage self

Do you know about this deaf professional tennis player? 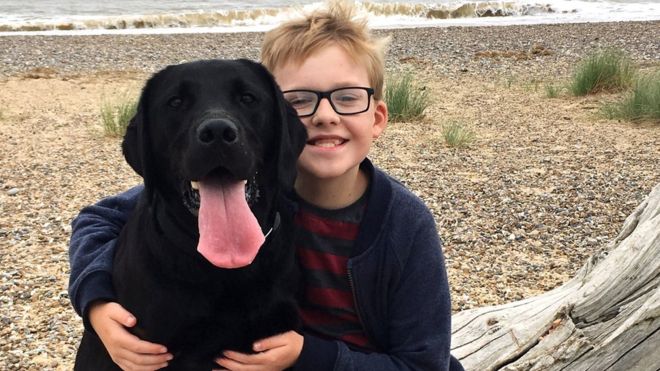 Studying a language at school is considered one of the most common, in some cases; compulsory subjects.  When deaf 12-year-old Daniel Jillings realized he couldn’t study his native language in school, so he decided to make a change.

Daniel Jillings from Suffolk, UK, whose first language is British Sign Language (BSL). Even though 15 years ago, it became officially recognized as a British Language, it’s not available as a subject or General Certificate of Secondary Education (GCSE) option, unlike many other spoken languages.

Born Deaf into a hearing family, Daniel and his family learned BSL as a method of communication. His family decided against learning speech because of the severity of Daniel’s hearing loss. Daniel has no residual hearing as being born without cochlea, meaning he cannot hear anything at all. He also has a hearing dog named Varley. Varley is not only his “ears” but also his best friend.

What sparked the campaign

Daniel attends a local high school, that has a strong support system including Teachers of the Deaf and Communication Support Workers (CSW). These teachers translate school lessons into BSL for Daniel.

Daniel loves sharing his passion for his own language. He teaches BSL amongst his peers and enjoys practicing signs with them. Now that he has finished his first year, he will be picking his GCSE options for next year.

Considering spoken foreign languages are not an option and realizing that BSL wasn’t available to study as a GCSE qualification, Daniel and his family felt it wasn’t fair that he couldn’t study his own language. Hearing people can study their native language, so why can’t deaf people? This mindset and determination kick-started the campaign for a BSL GCSE.

Escalating the campaign to the government

There had been a few other requests for a BSL GCSE, but with the response from the Government ‘that they will consider a GCSE in the longer term’, which means for Daniel and other deaf children it would be too late.

Daniel and his Mum set up a crowdfunding campaign to raise funds to cover the legal costs to ‘challenge this’ to show that it’s important to put ‘equality before stability’.

Their story kicked up a storm in the National Media, being featured in the Metro, Daily Mail and on ITV Anglia news. Soon, their campaign was backed by many more supporters, securing enough funding for their solicitor to send a letter to Government.

This deaf 12-year-old has been campaigning for British Sign Language to be made a GCSE in time for his exams.

Today his wish is one step closer to coming true, as the government said they may be able to introduce it in time. | @NDCS_UK pic.twitter.com/PUocI1IdR0

Daniels campaign was very effective and they received a positive response from the Department of Education. They stated that the Government has backed down on its decision to delay the introduction of a GCSE in British Sign Language.

Education Secretary, Damian Hinds MP “looks forward to continuing to work with stakeholders to promote the integration and achievement of deaf pupils,” which is heartening and positive news.

Not only does learning BSL benefit deaf people, but also hearing people. The BSL GCSE would also give hearing children the opportunity to learn BSL in school. Learning BSL brings another skill for their future so they can communicate with the deaf community. This decision also may encourage more people to take an interest in sign language. Knowing sign language can open up many other careers including BSL interpreting or being a teacher of the Deaf.

Daniel will continue to advocate for others in the deaf community.

“My goal for the future is to see that deaf children have the same opportunities as hearing
children,” says Daniel. “I would like to see a BSL Act passed here just like it was in Scotland so that when I grow up there will be better support for deaf people like me.”

Keep up with Daniel’s campaign here!