Why my husband finally decided to start learning ASL

Cue the trumpets: My husband Kevin finally is learning ASL.

What made him start learning ASL? It wasn’t my pleading, which eventually became guilt-tripping. It wasn’t the ASL resources I’d left “casually” strewn about. It was good old-fashioned time.

Our daughter Raina is hard of hearing. She can hear some things, but not others. Even without hearing aids in, she can hear Kevin’s voice. My voice, on the other hand, is the frequency she struggles most to hear.

In the early months of Raina’s life, Kevin and I had this conversation on repeat:

“When are you going to learn sign?” I’d ask.

To be fair, he was right. Especially with hearing aids, she could hear him. Time passed. Our daughter grew from an infant in our arms to a toddler exploring her environment. Now that she could walk, she roamed farther from our voices. One day, Raina toddled down the hall into the bathroom. Kevin could see her, but not reach her, as she lifted the toilet bowl lid.

“Raina! No!” he cried, running toward her. 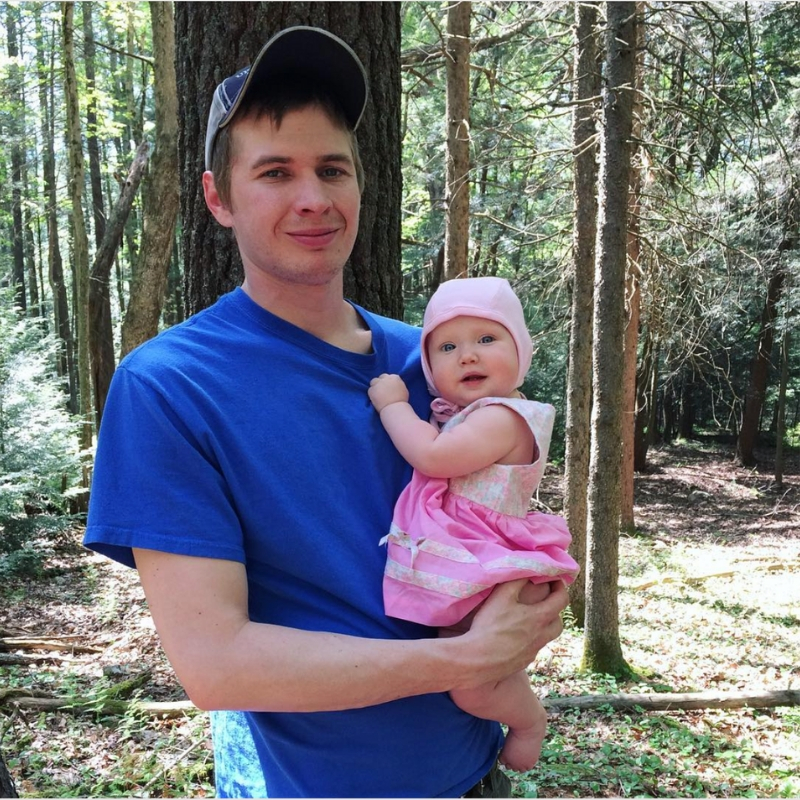 She didn’t have hearing aids in. His shouting had gained everyone’s attention in the house but Raina’s. “Maybe she can’t hear me as well as I thought,” he said. Kevin realized that Raina’s hearing loss might impact her ability to communicate with him, too. It took time (and practical experience) to convince him – but he is learning sign language.

“Kevin realized that Raina’s hearing loss might impact her ability to communicate with him, too.”

Filling in the Gaps

Our 19-month old cannot realistically wear hearing aids 100 percent of the time. She gnaws on them, throws them, and hides them. She wiggles them out from under bonnets, ear suspenders, and headbands. You get the picture. Sign language fills the gap for those times when she can’t (or won’t) wear her hearing aids. As we develop our sign language skills, we also look for ways to optimize Raina’s use of hearing technology. The next piece of technology that we want for our family is an FM system. An FM system would broadcast our voices to her hearing aids over a distance.

My husband had always embraced the idea of learning sign language, “in theory.” In practice, he was less than enthusiastic. But thanks to time and experiencing the need for it, he is finally beginning to learn.