Like anybody, I had to learn how approach the objects of my budding desire. An awkward process, as most of you will recall. There was no manual on how to do it, when to do it, what to do at all! What did it mean if a girl reacted in a certain way?

For example, a long time I thought that it was normal for girls to cringe when they were embraced. After all, everyone was doing it. Natasha, from first grade, as well as Simone, Nina, Anja and Bettina from the second, third, fourth and fifth grade. At first I still thought they were just surprised that I hugged them, perhaps that it was I who hugged them. Over time, however, I realized that they even flinched when they were the ones who embraced me. That, too, happened, after all.

For a time, I thought, perhaps this was a sign that they did not like me — that I had misjudged what I thought was an invitation. Then, in fifth grade, I thought it was a sign that they liked me a lot. I had learned in sex education classes that there were so-called “orgasms” and that sometimes people twitched in the process. For a short time, I believed that I had solved the riddle. But, of course, I quickly realized that I was wrong. I was at a loss again.

It was not until years later that I realized that all the time I had not heard my hearing aids go off, whistling because of the acoustic feedback that resulted whenever someone put his or her arms around me. The noise was so low and high-pitched, I did not hear it.

Today, I can imagine what it must have been like for my first girlfriend to hug me with my hearing aids — namely, as if we always had a small and insanely jealous chihuahua with us. Today, I see: My hearing aids worked better than any chaperone could have. 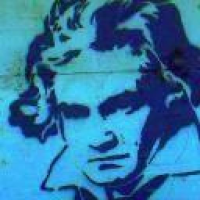 Author Details
not quite like beethoven
Sorry! The Author has not filled his profile.
×

not quite like beethoven
Sorry! The Author has not filled his profile.

Why it’s important to negotiate with your hearing partner

7 tips for dating with hearing loss