Tips For Exercising at the Gym with Hearing Loss

Nyle DiMarco spreads deaf awareness on TV show ‘What Would You Do?’

Community Spotlight: Why this teacher finally wore her hearing aids

When she was younger, Chelsea Lynaugh refused to wear her hearing aid. Now she’s a teacher who wears two. How did this transformation occur?

Even as a teenager — before she refused to wear a hearing aid — Chelsea Lynaugh was no stranger to hearing loss challenges. Ear, nose and throat problems were a regular part of growing up for Lynaugh, who dealt with a constant blocked nose, along with hearing related issues.

“Throughout primary school I had mild conductive hearing loss, but no hearing aids,” Lynaugh says. “Looking back, I didn’t know what I was missing, so it was my normal. However, my school reports throughout primary state that I didn’t always follow instructions or listen, as my parents hadn’t made the school aware of my hearing issues.”

It wasn’t until she hit seniors that she really began noticing the challenges. She realized that she was missing things when engaged in social situations. “I was also more aware of what the doctors were saying at ENT at this age,” she recalls.

The Girl Who Refused to Wear a Hearing Aid

Lynaugh was fitted with tubes by the time she was 11 years old and received a second set just two years later. The tubes given to help with conductive hearing loss sadly scarred her ears, making her hearing worse, resulting in sensorineural hearing loss. she says.

“When I was 14, I received my first (right) aid. The ENT doctor did not want to give me one, but the audiologist, myself and my dad wanted it and so he gave in,” Lynaugh says.

Things began to look up. The majority of school was fine. It wasn’t until she went to college that things started to go wrong. “I did have a ‘blip’ at college where I was embarrassed by my hearing aid and refused to wear it for about two years,” Lynaugh admits. It wasn’t until she started at university that she realized her hearing was deteriorating. It was at this time that she began to rely on her hearing aid more and more. She says, “I needed my hearing aid more than I needed to ‘look cool.’ And so I got it back.”

“I needed my hearing aid more than I needed to ‘look cool.'”

At the age of 19, Lynaugh began a relationship with her hearing aid which would thankfully be a long-lasting one. At 21, she received a second aid. 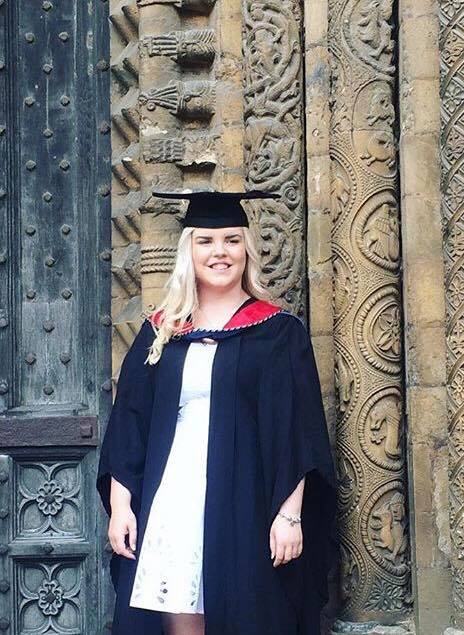 Read more: Why I decided to wear my hearing aids

Now things couldn’t be any more different than those early years. Having earned her degree, today Lynaugh is an Early Years teacher and teaches in a preschool. How does she deal with the challenges of hearing loss, hearing aids and small children? “I use a Roger Pen in class, which the children love,” she says. “They prefer to talk to the ‘magic pen’ over talking to me!”

As for her relationship with her hearing aids, she says, “I now show them off to the children at school in the hope they never feel embarrassed if they need one in the future.”

So, is everything perfect for this busy young teacher? No, because just like the rest of us who have hearing loss, she has her good days and bad days. But she doesn’t let those challenges stop her.

“I have had ‘blips’ where I’ve wondered whether I can be a teacher and be deaf, but I’ve not let it stop me from dreaming,” Lynaugh says.

Did you ever refuse to wear your hearing aids?