Teen set to sail the Pacific with hearing aids

Oliver Howe is not your typical 14-year-old. He is a talented musician and sailor… who also has hearing loss.

The New Zealand teen recently embarked a sail boat with his family for a one-year excursion across the Pacific. While he’s on the open waters the teenager is certain to face tribulations, but what may be most challenging is managing his hearing technology among sea water and splashes.

Oliver was born with hearing loss, but received his first pair of hearing aids at age six. As his hearing loss affected his early learning development, once he received his Phonak hearing aids, his academic success improved tremendously, he says. He was also able to hear the pitch and tones of his guitar, which was most important to him.

“This goes to show how beneficial Phonak (hearing aids) have been in supporting my passion and without there support, I would not have been able to accomplish what I have to date,” says Oliver.

Oliver’s goal is to attend the London College of Music, but for now, he is living on a boat with his family. While they embark on their adventure, visiting islands such as Tonga and Fiji, Oliver will be wearing his Phonak hearing aids and using his Compilot.

His hearing technology will be needed daily on the sea, but it will also be a test to see how well they can withstand the rough conditions of living on a boat. 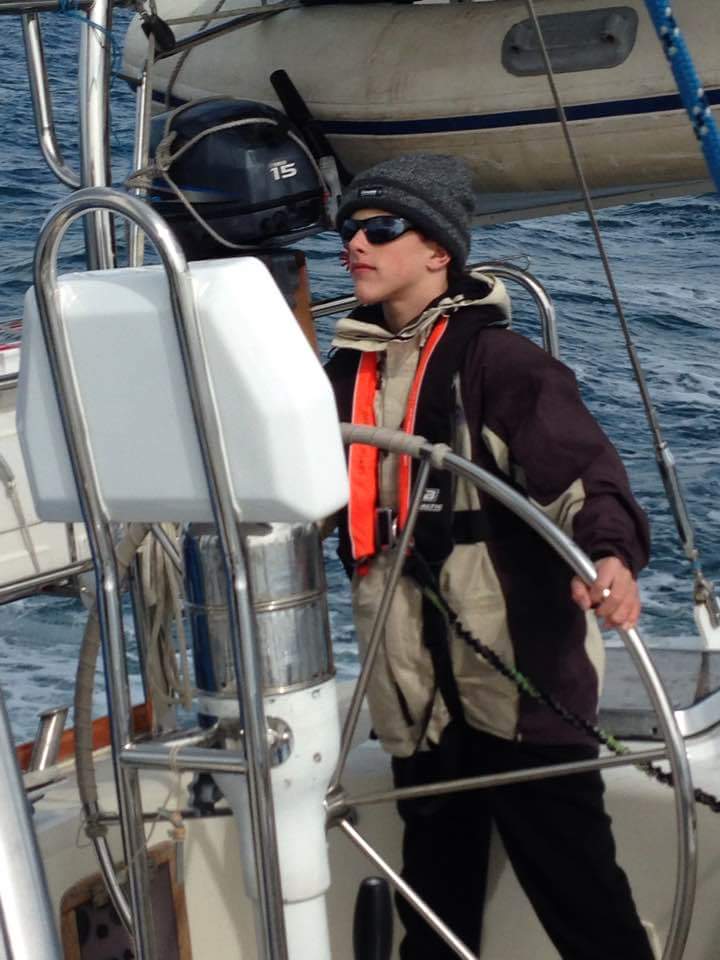 “As part of my journey, I will be testing these awesome hearing aids in very adverse weather and conditions. This includes foam, salt, sea spray and the like,” he says. “I will also be seeing how their pitch and tone holds up by playing lots of music.”

Using hearing technology on a boat

Oliver’s first update included news that he was enjoying his hearing aids, especially the AutoSense OS feature. The AutoSense OS setting blocks the engine noise of his boat, he says. This helps him focus on what he is doing. He has also been impressed with his Compilot and how clear the sound is.

Read more: How AutoSense OS Helped me on my Travels

“The surround sound that it has is so amazing,” he says. “I feel like I am in a cinema whenever I use it.”

“The surround sound that it has is so amazing. I feel like I am in a cinema whenever I use it.”

Oliver also mentioned how the Compilot can differentiate between frequencies such as the drum, bass, and vocals when he listens to music.

After Oliver finishes his year at sea he will be moving to New Caledonia. He will learn French and is looking forward to sharing his musical talent by teaching others how to play guitar.

Stay tuned to read more updates on Oliver’s journey on HearingLikeMe.com in the future!

Have you ever been sailing with your hearing aids? Comment about your experience below!