Tips for running with hearing aids

Harrison Frost is only 12 years old but is already making a name for himself around the world. He’s recently made his Instagram public and has quickly gained followers from the USA, Africa, and Asia. So, who is this kid and why is his story being shared by the likes of AI Media and famous soccer player, Gary Stevens?

Harrison plays academy soccer for pro club AFC Wimbledon in England, where he’s currently one year into his two-year, pre-scholarship contract. Prior to signing with Wimbledon, Harrison was part of the most successful youth team in Sussex, where he currently lives. While there, he won multiple trophies including the National FA Futsal Cup. The English Football Association have caught wind of Harrison and are taking a keen interest in his development, according to his family.

As far as they know, he is the only deaf soccer player playing at this level in the country. Harrison, they say, has never let his hearing loss get in the way of competing at a high level. 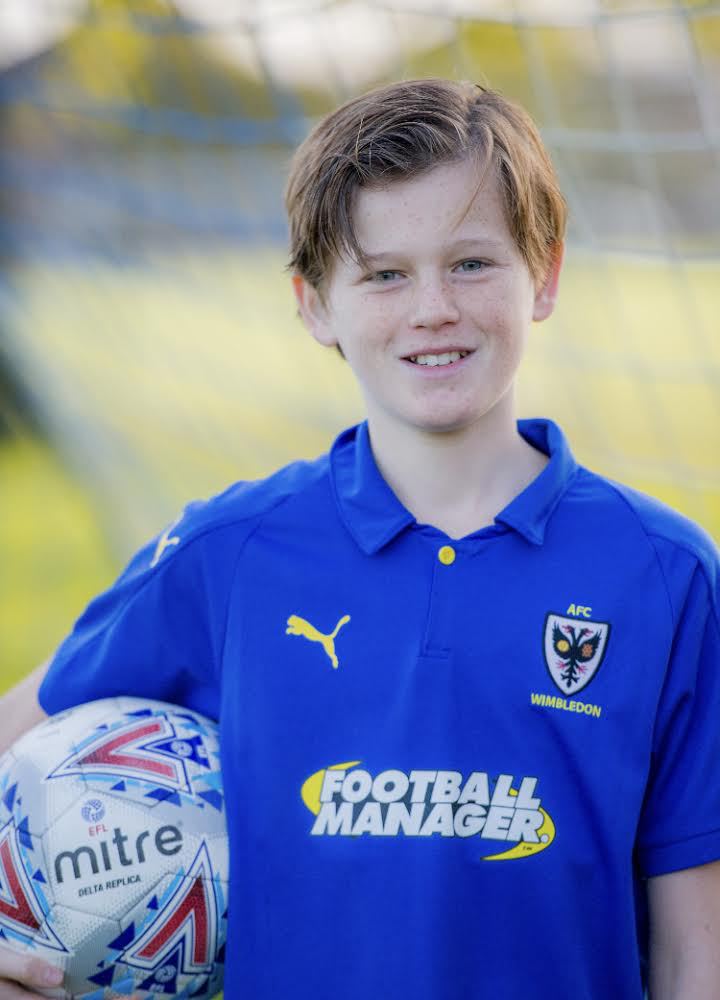 Frost was born with a moderate to severe sensorineural hearing loss in both ears. He currently wears Phonak Sky hearing aids and relies on speech as his primary form of communication. He’s the only person in his family with a hearing loss and has been mainstreamed, though his secondary school does have a few other deaf kids.

He started playing soccer for the Crawley Panthers when he was 6 years old as a way to have fun and make some friends. It was there that he was picked out by a Brighton talent scout to spend a year at the Albion talent center. The scout also happened to be a coach at AS Eastbourne, so Frost joined his U9s team and says his experience with that program was amazing. The coaching and training helped him improve tremendously. They even won the FA National Futsal Cup in the U10 age group which means they were the best U10 team in the country. That same summer he was invited to trial at Wimbledon where he’s been ever since!

“It’s been tough and hard work, but I love it,” Harrison says of his time at Wimbledon.

If he’s not training at Wimbledon, he trains on his own or he’s in the gym, he says. He credits the competitive environment at Eastbourne for preparing him for Wimbledon. “You have to work hard, that is what they demand the most.”

The one thing people who work with him always say is that he’s hardest working player you could wish to have on your team.

Gaining confidence as an athlete with hearing loss 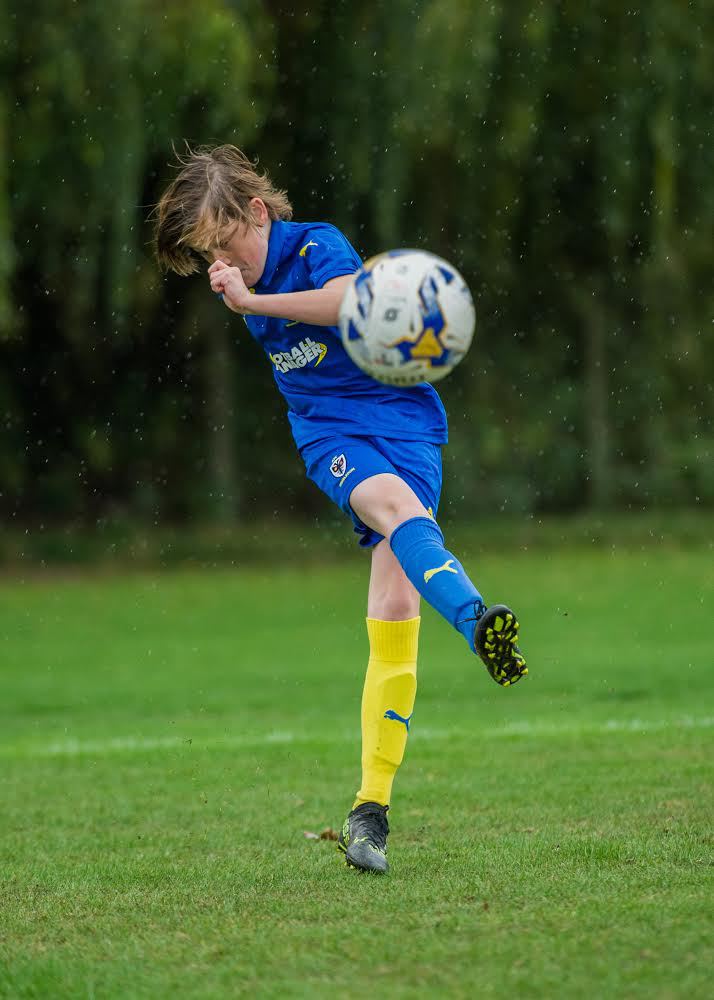 When it comes to his hearing loss and soccer, Harrison says the only real obstacle was confidence.

“I used to go into training and games thinking I was at a disadvantage from the start,” he says. “I always wondered how good I could be if I could hear as well as the others. That was the wrong attitude.

“It changed when I realized that I could level the advantage from opponents by working harder and also learning the game better, I forced my way into the team at Eastbourne and they had the best team in the county, from then I gained confidence in myself and I swapped negative thinking with determination and I’ve just found ways to adapt over time and those adaptions (like looking around more). Now I think it’s been an advantage in a lot of ways because of how hard I’ve got used to working.”

Read more: What it’s like being a player on the US Deaf Women’s National Soccer Team

Prior to receiving his current hearing aids, Harrison’s older hearing aids were problematic because they were not waterproof and would turn off while he was playing, he says. The current water-resistant hearing aids have been a game changer and allow him to play with confidence in all weather types.

When he’s on the field and too far from his coaches to pick up what they’re saying, Harrison says he has learned to sense how the game is going and make changes if necessary. He relies on his coaches’ actions on the sideline to tell him what to do and says that he thinks he’ll actually be at an advantage if he ever plays in a big crowd and loud atmosphere.

“It’ll  be difficult for everyone else to hear,” he says. “I don’t need to run over and ask what’s being said. I just know.”

Harrison says he tries not to think about the differences between himself and hearing players because he’s competing at the same level as everyone else.
“I’ve never asked for any allowances and nobody that has asked me to trial or play for their team would have known I was deaf when they asked,” he says. “I have to produce the same level as everyone else or better to just to play at the level I play, so I can’t think too much about what I need to do differently to get there, I just have to show I belong there.”

“…I can’t think too much about what I need to do differently to get there, I just have to show I belong there.”

He attributes this attitude to his parents, who never let him use his hearing loss as an excuse for anything. They’ve fought hard for him to be treated like everyone else at school, he says, and they’ve always encouraged him to compete at the highest level he could.
Read more: 7 ways to get deaf kids involved in sports
In addition to his love for the game, Harrison loves the friends and confidence he’s gained as a result of soccer. When asked his advice for others, he says, “Find a coach that trusts you and work hard at whatever sport it is you love doing. Be brave and put yourself forward for everything. There’s no reason being deaf should stop you doing anything.”

“Be brave and put yourself forward for everything.”

Harrison has one more year left on his contract and Wimbledon and is working hard to get it extended, he says. Wimbledon is a club built on achieving goals that others said were impossible. As a deaf soccer player, this is a story Harrison resonates with and hopes he can be a part of for as long as possible.