“CODA,” a feature film about a hearing child of deaf parents, won several prizes at the 2021 Sundance Film Festival.

Ruby’s character is the CODA, or “Child of Deaf Adults,” from the title. She lives with her Deaf family and is their unofficial interpreter. The tension and drama come from Ruby’s need to seek life outside of the Rossi family’s fishing business. She’s also a talented singer who has the chance to leave Gloucester, Massachusetts and audition for a place at a music school. She is, of course, torn between helping her family and pursuing her passion.

“CODA” takes its title from CODA, or Child of Deaf Adults, and the story is loosely based on the French film La famille Bélier. 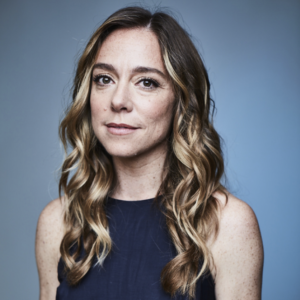 Heder is known for her work as a writer, director and showrunner. She was executive producer and showrunner for the Apple TV+ show Little America. Heder also wrote and produced three seasons of the Netflix hit series Orange Is The New Black. Her feature film debut was Tallulah, starring Elliott Page and Alison Janney. This Netflix original premiered previously at Sundance.

Read more: What it is like being a hearing child of deaf parents

Jones had to learn three new things for this part and excelled in them all, she told Deadline Hollywood in an interview. As the family operates a fishing boat in the film, she had to learn to crew a boat and fish. She also had to learn to sing to a professional standard. She says of this that singing in the shower helped a great deal. But the most impressive newly acquired skill was learning American Sign Language (ASL) and making it look like she’d known it all her life.

“I absolutely fell in love with this beautiful language,” Jones said during the question and answer session for the Sundance Film Festival. “I’ve actually carried on learning it, too.” 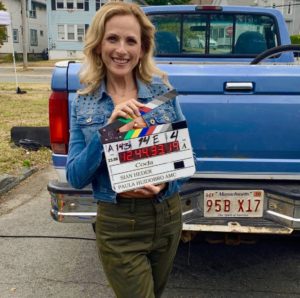 Oscar-winner Marlee Matlin — who portrays Ruby’s mother — also spoke during the session regarding the learning and use of ASL in the production.

“There was zero barriers on the set. Siân (Heder) really immersed herself into our culture and made every attempt to learn and to work with us and having two directors of sign language on the set, plus interpreters, plus the crew who learned our language, everyone working together, it was working like on any other set, but the sign language aspect made it extra special.”

“Siân (Heder) really immersed herself into our culture and made every attempt to learn and to work with us.”

Heder said that she wanted to be able to give the actors direction personally, without having to rely solely on interpreters. She also said, referring to herself and Jones: “We were signing on set when there were no deaf actors on set.”

During the Sundance Q&A session, both Jones and Heder were clearly seen signing in addition to speaking. This came across as very respectful for the Deaf performers present.

Hope for the Future

At the end of the session, the presenter asked “What further strides need to be made in bringing deaf stories to the screen and what kind of deaf stories would you hope to see portrayed more in the future?”

“What further strides need to be made in bringing deaf stories to the screen and what kind of deaf stories would you hope to see portrayed more in the future?”

Using ASL and a speaking interpreter, Matlin replied, “I think it’s extremely important to be authentic first of all. You need to understand the emphasis of having deaf actors playing deaf roles. What I’d like to see from here on out is naturally 100 percent a deaf person having the opportunity to play a role that’s deaf. But I think in terms of stories I think we’ve seen that era gone past, where deaf people are playing victims. Having deaf actors like we did in this film, carrying the film, not play secondary or third rate roles, but rather lead, carry a film, and play professionals, play a variety of characters because they are out there, they exist in the real world. There are deaf lawyers, there are deaf teachers, and there are deaf doctors. I’d like to be able to see the trend that this began continue.”

The film also stars Daniel Durant, a deaf stage and screen actor known for his role as Matthew on the Netflix series You. Durant plays Ruby’s deaf brother Leo. Deaf actor Troy Kotsur plays Ruby’s father Frank Rossi. He is a well known face on TV and has been on shows like Scrubs and CSI NY. He also appeared as Luther in the movie I See the Crowd Roar – The Story of Dummy Hoy.