Ask Anna: What do I do if my hearing aids get wet?

Cochlear Implants: The Big ‘Switch On’

After Harry had his cochlear implant operation I found myself flooded with messages of congratulations that Harry could now hear. Unfortunately, of course, this wasn’t quite the case just yet. The operation was just the beginning and without the external hardware Harry still wasn’t able to access sound.  It took a while to explain this to people,  and on top of it was the fact we had no idea how successful the op would be until his “magic ears” were activated.

The big ‘switch on’ loomed over us like a ridiculously exciting – but nerve wrecking – bubble. We could barely sleep with the anticipation of what the day might bring.

I found myself watching endless videos on YouTube of other babies and adults having their cochlear implants activated, which made that bubble of emotion almost explode. It’s so amazing to see some of the dramatic reactions that you can get from people on their activation day, however it’s also important to remember that everybody responds completely differently.

In fact, most babies and children have barely any reaction at all.  I realized quite quickly that I needed to calm down a bit and that it was quite likely we wouldn’t see the huge reaction we had first expected from Harry when he heard his first sound. 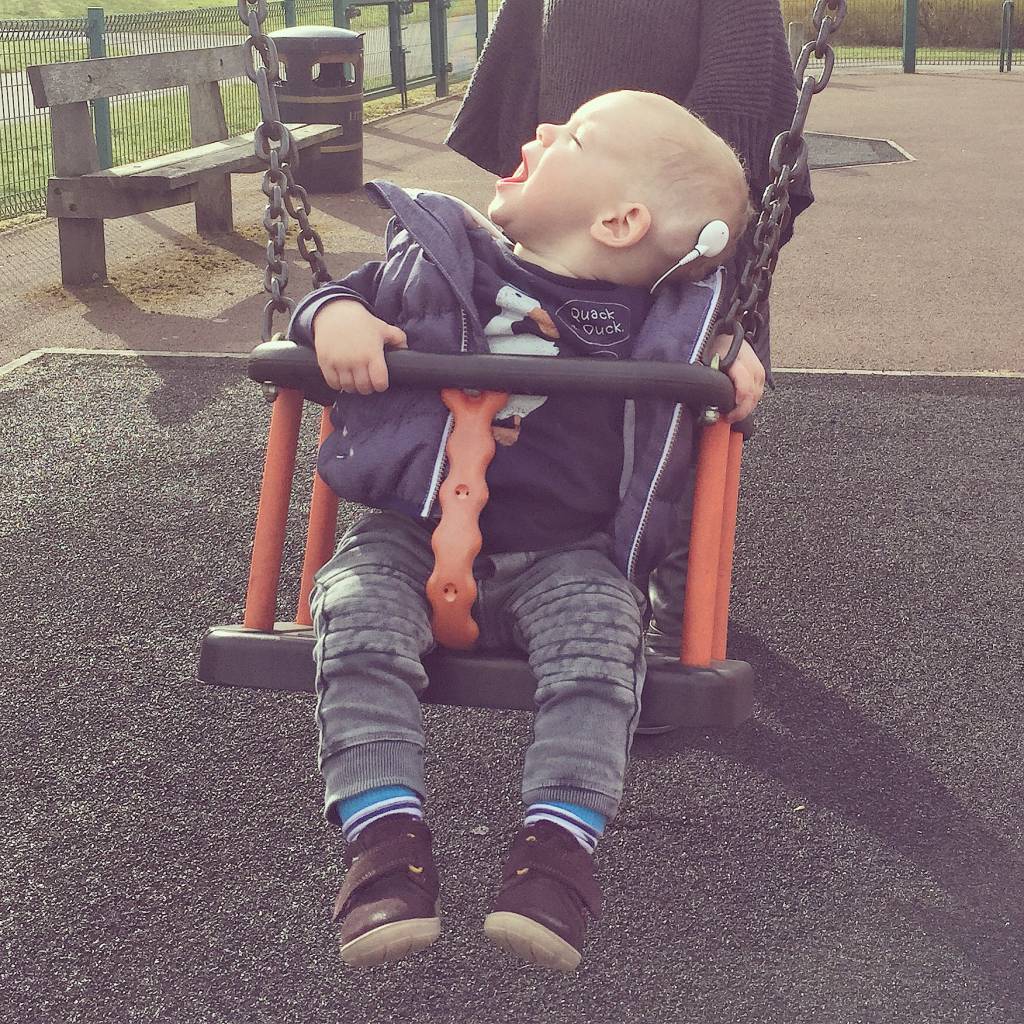 Harry on his “first day of hearing”

Harry healed from his operation extremely quickly. Within a week he was back to his usual, chirpy self and running up and down the house like a little bulldozer!

We were so panicked that he would knock his Advanced Bionic cochlear implant “ears” off his head, but somehow we managed to keep him safe and his scars were soon almost invisible! It was quite difficult keeping Harry away from the park and play grounds, but we knew he needed to heal before risking any unnecessary knocks!  It was also tough not letting him have a bath, as he loves the water so much, but we were under strict instruction not to let his scars get wet.

After we had a post op appointment with Harry’s surgeon to remove any stubborn stitches that hadn’t dissolved, we got the all clear for the big ‘switch on’!

The March 4 quickly came around and we headed down to The Auditory Implant Centre in Southampton, England, for what was one of the best moments of our lives. Harry settled into the highchair with a few toys to chew on, then our audiologists attached the external parts of his cochlear implants. This was the first time we had even seen Harry with his co clear implants on. It made me really emotional, but also so proud that my little boy was possibly about to hear his first ever sound!

As they slowly switched his cochlear implants they explained to us that the volume would be kept as low as possible, but hopefully at a level where he could hear it. (The reason they do this is because if they went straight in at quite a loud volume he could have become scared and therefore rejected his new ‘magic ears,’ which of course we didn’t want to happen! It’s best to start off very, very quietly, then let him adjust to this new sense that he previously had not experienced.)

The first beeps were played and we all held our breaths to see a jump, smile, laugh or cry from Harry but we didn’t see any of those.

What we did see was the widest little eyes staring at us almost asking us, “What the hell was that?!”  He continued on like this at every beep, and it became quickly very clear that our gorgeous little man was hearing and his CI’s were working!

His audiologists had a few tries at playing some instruments with him to make sure he was at a comfortable level with the volume they would be leaving his new ears on for us to go home and he happily listened along.

We were sent on our merry way shortly after, and it was such a weird feeling knowing that Harry was hearing a little bit of sound. He pretty much slept the whole way home. I think all the listening he had done during his appointment had worn him out.

The next few weeks were all about getting used to life with ‘magic ears,’ not just for Harry, but for us too. We had to learn how to care for and manage all his new equipment, which was a little overwhelming at first (it comes in a HUGE box!) but we soon fell into a routine and all of our friends and family quickly got up to speed on how it all worked.

Harry didn’t seem to mind wearing his cochlear implants at all. He never touched them or pulled them off, unlike his hearing aids!  But we DID find it a challenge at first getting used to the headpieces constantly falling off. Due to his age, the strength of the magnets must be quite weak – any stronger and you risk getting sore skin, which we obviously didn’t want to happen. We found that if Harry was sat against something like his car seat or his pram the headpieces would be off within seconds from his simply moving his head around!

Luckily, we had been advised this may happen at the beginning, but that the magnet strength would be increased as he got older. In the beginning, it was quite difficult to tell what Harry was actually hearing. He almost seemed to ignore it and just got on with his usual activities without much change!

However, after his second and third appointments at the Auditory Implant Centre we suddenly started to see some changes in Harry, and within the first month of activation he turned to us when we called his name, which was one the best moments for us to see.

“…we suddenly started to see some changes in Harry, and within the first month of activation he turned to us when we called his name, which was one the best moments for us to see.”

Then, out of the blue exactly 10 weeks after his activation Harry said his first word, “Mama.” It was, and still is, the sweetest thing I have ever heard! I knew from that moment on that everything was going to be OK, and that my son would be able to achieve everything he should want to.

After months of living with no sound our baby finally had the gift of hearing that we had so desperately wanted for him, and although this was only the beginning of Harry’s hearing journey we feel like we had set him up for a great start. 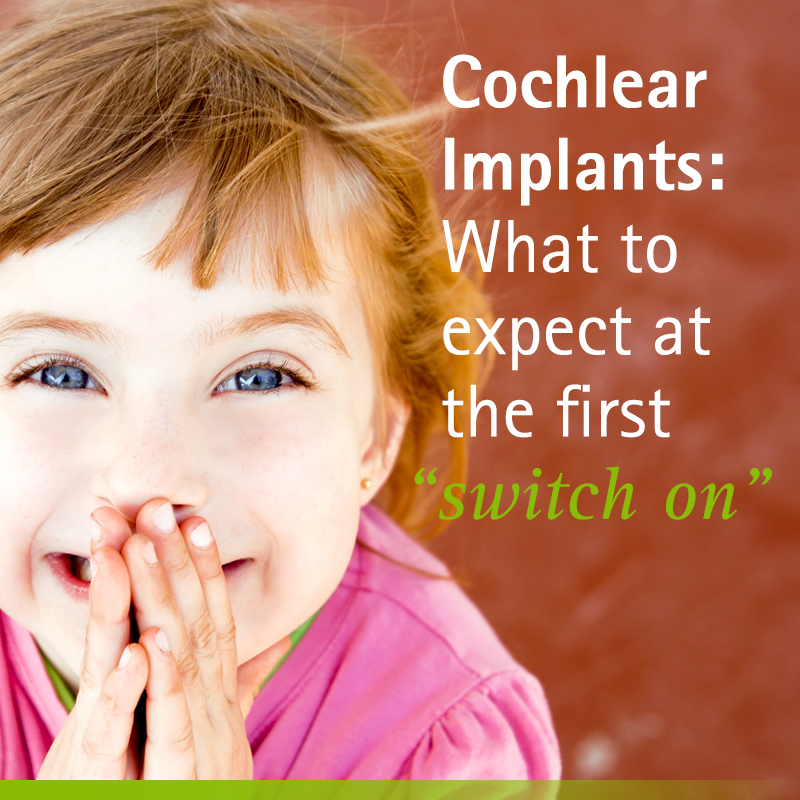 Author Details
Lucie Herridge
Lucie is a lifestyle blogger and mother living in Hampshire, United Kingdom. She is the mother of Harry, 4 years old, who is profoundly deaf and a bilateral user of cochlear implants from Advanced Bionics. She loves to drink tea, cozy nights with her family and go on Pinterest!
http://lucieandthebump.co.uk/
×

Lucie Herridge
Lucie is a lifestyle blogger and mother living in Hampshire, United Kingdom. She is the mother of Harry, 4 years old, who is profoundly deaf and a bilateral user of cochlear implants from Advanced Bionics. She loves to drink tea, cozy nights with her family and go on Pinterest!
http://lucieandthebump.co.uk/
Latest Posts