Their voice just faded away: My experience with sudden deafness

Cochlear implant surgery: Preparing yourself and your infant 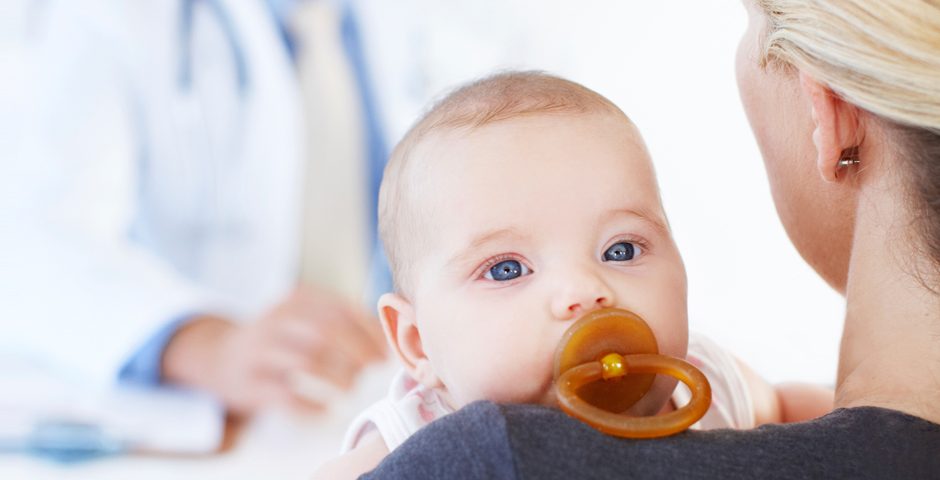 One of the biggest considerations in our decision for Harry to have cochlear implants was, of course, the surgery. The process can take as long as 8 hours for bilateral implants and for a baby that is a very long time to be under anaesthetic.  There was no doubt in our minds that we wanted Harry to have cochlear implants so we knew the surgery was something we needed to get our heads around pretty quickly.

On the lead up to the operation I gathered as much information as I could about the surgery and what it involved.  I asked every question that popped into my head and Googled away until I felt satisfied that I knew what to expect when putting a young infant through this procedure. I asked how long the operation would take, if I could stay with him until he was asleep and how he would would feel afterwards.  I was also informed about an extra vaccination that Harry would need to have prior to the operation that I hadn’t been aware of before, as meningitis is one of the risks of this type of surgery.  Although the risk is very small it was good to know that he could have an injection to help prevent it happening.  There is some more information about the vaccination below.

I felt like if I knew as much as I could then I would be prepared for how I would feel during the surgery and how he would be feeling once it was done and he had come around from the anaesthetic, good or bad. I found out that cochlear implants are routinely straightforward, typically taking two to four hours. The surgery is minimally invasive, and performed thousands of times per year across the world. In fact, children usually go home the same or very next day and resume their regular activities within a couple of days. Patients spend additional time in the preparation and recovery areas because the procedure is done under general anesthesia. Some extra information from our cochlear implant provider, Advanced Bionics:

Cochlear implant candidates and recipients should consult their primary care physician and implanting surgeon regarding vaccination status for protection against meningitis. Meningitis is a known risk of inner ear surgery and candidates and recipients should be appropriately aware of this risk. Because children with cochlear implants are at increased risk for pneumococcal meningitis, the Centers for Disease Control (CDC) recommend that they receive pneumococcal vaccination on the same schedule recommended for other groups at increased risk for invasive pneumococcal disease. Recommendations for the timing and type of pneumococcal vaccination vary with age and vaccination history, and should be discussed with a health care provider. If you want more information about what to expect during a cochlear implant surgery and initial stimulation, you can download this PDF: 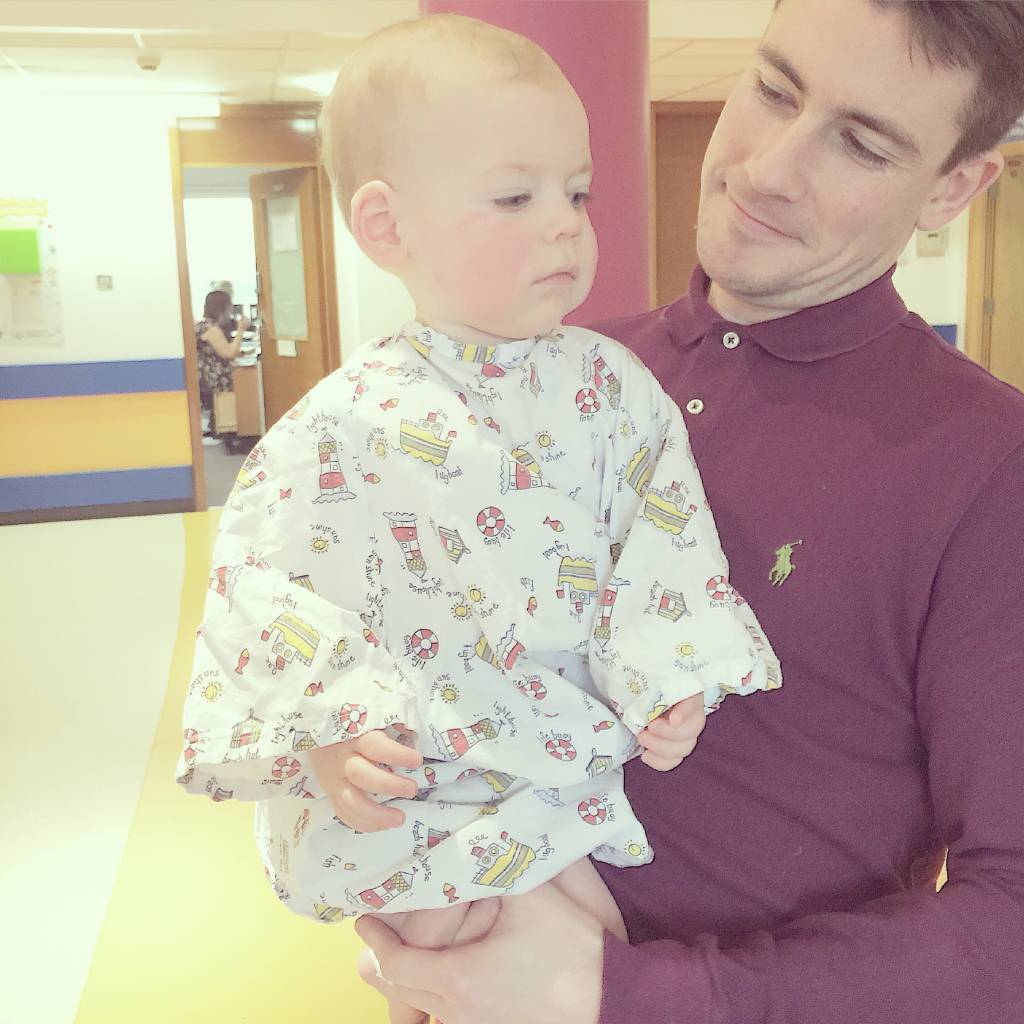 Harry gowned up for surgery

I’m really glad I researched as when we first saw Harry after the operation in the recovery room he was very swollen from the fluids and had the biggest bandage on his little head, but because I knew what to expect it wasn’t such a shock. 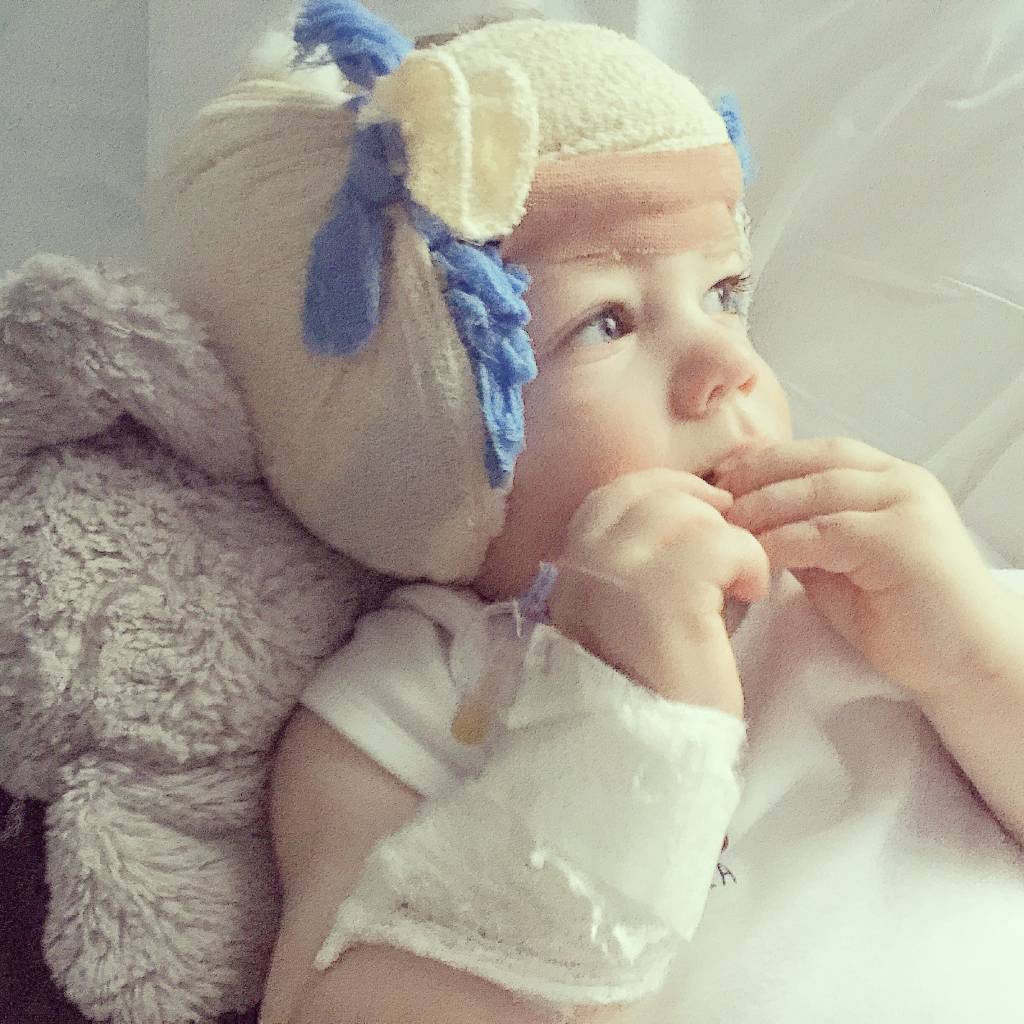 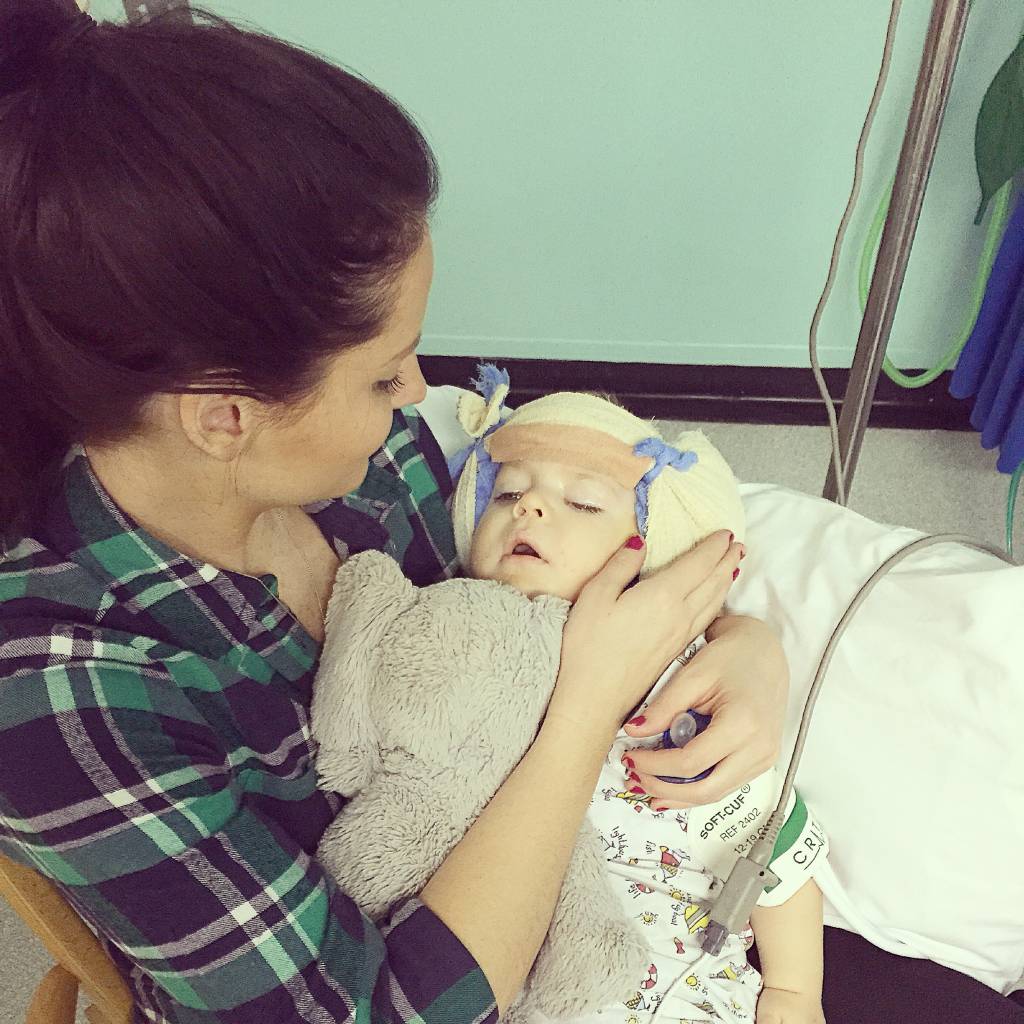 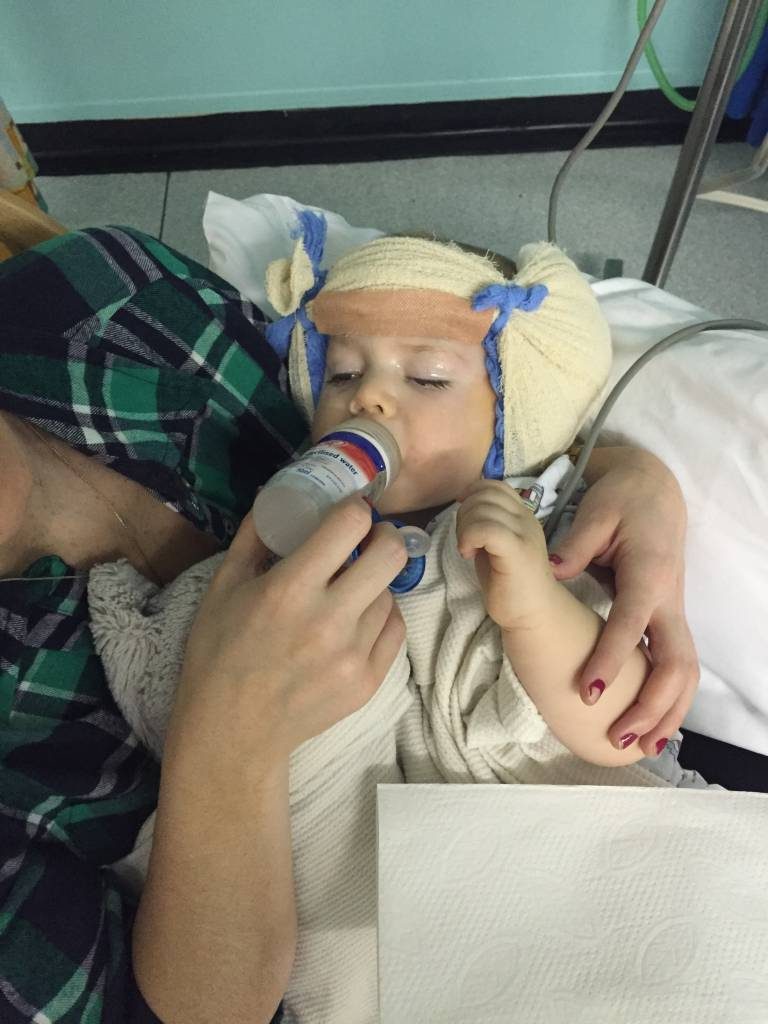 During the process, we also stocked up on some basic medical essentials, as well as some treats at home. We bought food that Harry liked to hopefully encourage him to eat when he was home, as well as a few new toys to keep him occupied during the healing time. We made sure we had medicines such as Calpol and Nurofen to manage his pain without having to leave the house, and a decent thermometer to keep an eye on his temperature. One of the biggest help during this time was the support of our family and friends. It was so beneficial to us to accept every offering of help – emotionally and physically. Three of our really close family members came with us to the hospital on the day of Harry’s operation and it was so good to have them all there. It helped to distract us during the wait and gave us a bit of a break when we needed it.  Friends also cooked us meals and sent us food to help out once we were home, so we could solely concentrate on our little man. Alongside this, we took quite a few snacks and drinks along with to the hospital to keep ourselves going.  It’s so easy to forget about yourselves when your child is going through such a major thing, but its really important to make sure you’re looked after too, especially if you’re unable to leave their side for a while. Here’s a handy list of things we took to the hospital:

(In our hospital we weren’t allowed to take in Harry’s sleeping bag or blanket as these can bring in unwanted germs and risks of infection, so do check with your nurse before you pack anything like that!) 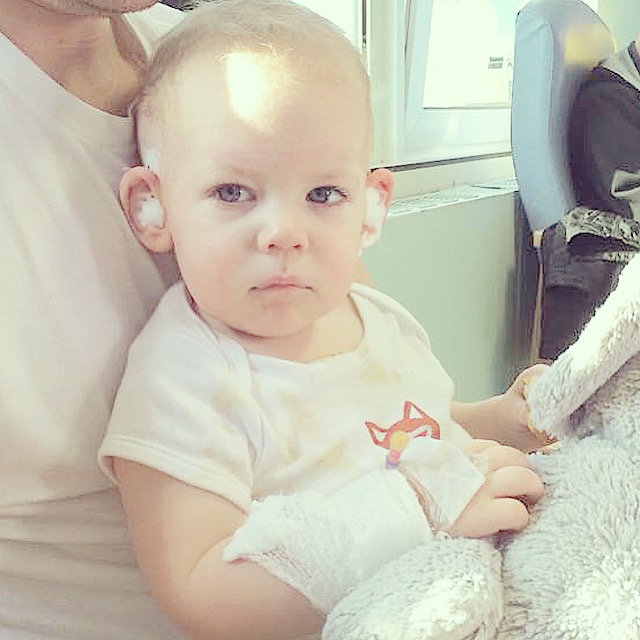 Harry the morning after surgery

There is absolutely nothing that will take away that anxiety or fear when your baby is in an operation.  I wish I could tell you that there was, but there really isn’t. However, there are things you can do to help and to distract you.  We found that actually leaving the hospital was a good thing for us, we got some fresh air and something to eat to pass some time.  Surprisingly, it really did help, and our boy was back in our arms shortly after we returned.

Obviously, Harry’s surgery was a complete success!  I will never forget the moment when his surgeon came out with a beaming and reassuring smile to tell us that news. I think I had pretty much held my breath during the whole 6 hours he was in there and we all burst into tears once we knew he was OK. He was very much out of it for the next 8 hours and that night spent in hospital with him was probably the worst night of my life. Harry was very dopey but uncomfortable, so spent a lot of it crying and drifting in and out of sleep whilst night staff poked and prodded him, to check his vitals. 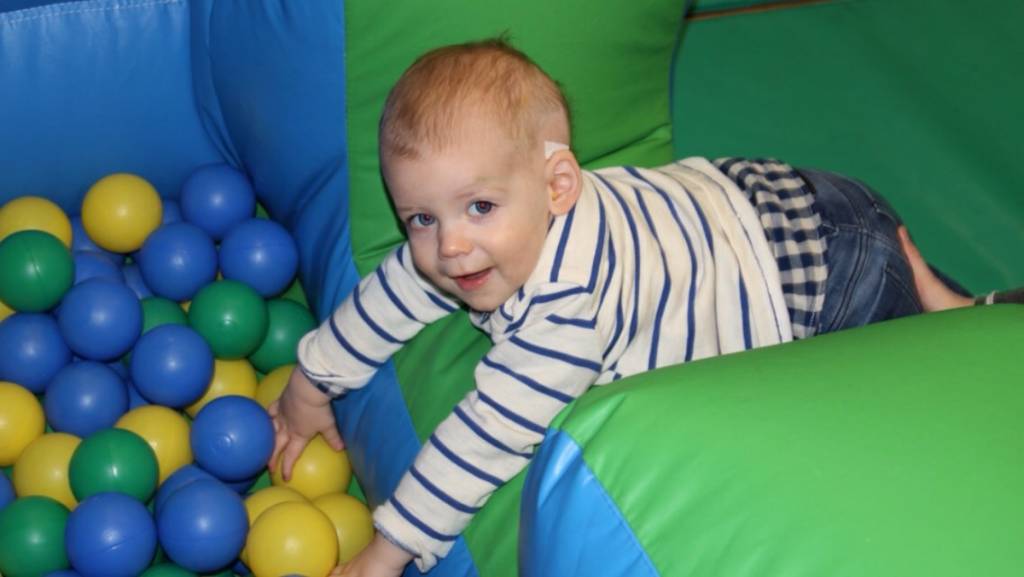 However, by the morning he was sitting up next to me laughing and munching on his favorite biscuit.  He was even up and walking around with his huge heavy bandages on his head!  His pain seemed very minimal and it was easily managed with basic paracetamol and ibuprofen. We were home less than 24 hours after.

Whether your child is having a cochlear implant operation, are in consideration of one, or they are about to undergo another type of surgery, I hope my advice can help you.

Just remember to research, take all the support and cuddles available and not to forget to look after yourselves!   If you want to learn more about how a cochlear implant works, you can watch this video: