When should you tell your date you have hearing loss?

Common challenges with raising deaf children (and how to overcome them)

Although life has certainly improved since he received his cochlear implants, we still face challenges with Harry being deaf.

However these challenges present themselves we seem to be able to deal with them and resolve them with few problems so far.

A photo posted by Hearing Aid Headbands (@hearingaidheadbands) on Jun 4, 2015 at 8:18am PDT

When Harry was a few months old he was fitted with hearing aids.  These were some of the most challenging months for us, as being a wiggly, active baby he was constantly pulling his aids out of his ears. We also faced constant whistling noises as he pulled them out and because of the fact little babies are growing too fast for the moulds to keep up with. (Harry unfortunately didn’t benefit from hearing aids so we saw little pay off for our hard work in trying to keep them in his ears!)

With a lot of patience and toupee tape, we managed to get Harry to stop touching and pulling our his hearing aids as often. There are many other options to keep hearing aids in little ears, including specially made caps, headbands and more.

Read more tips: Ask Anna: How do I keep my baby’s hearing aids in?

Learning How to Communicate

Before Harry got his cochlear implants we did struggle to communicate.  We realized when he was a few months old that our best method of communication would be through gestures and learning some simple sign language.  With the help of a wonderful teacher we learnt the basics of sign and were able to start a flow of communication quite easily with our baby boy.

Read more: Learning Sign Language with a Baby or Toddler

Going Back to Work

The constant stream of appointments meant that I was unable to go back to work full time when I finished my maternity leave.  I was attending hospital visits frequently in Harry’s first 18 months of life.  I was able to claim Disability Living Allowance due to Harry’s hearing loss. This allowed be to at home with him two days a week to help care for him and attend all his health appointments, which was a huge financial help.

I didn’t go to any organised baby groups with Harry when he was young, because of all of his appointments. With the unpredictable schedules for his health checks, it was quite hard to sign up for weekly classes in advance.  However, I made sure we interacted with lots of mum and baby friends, and I found a huge online support network through social media and my blog, Lucie and the Bump.

Of course, without hearing from day one, Harry was inevitably going to have a speech delay. At first I found this a little upsetting because his understanding was nowhere near that of his peers, but he really quickly caught up. He is now not far behind most of his three year old friends. 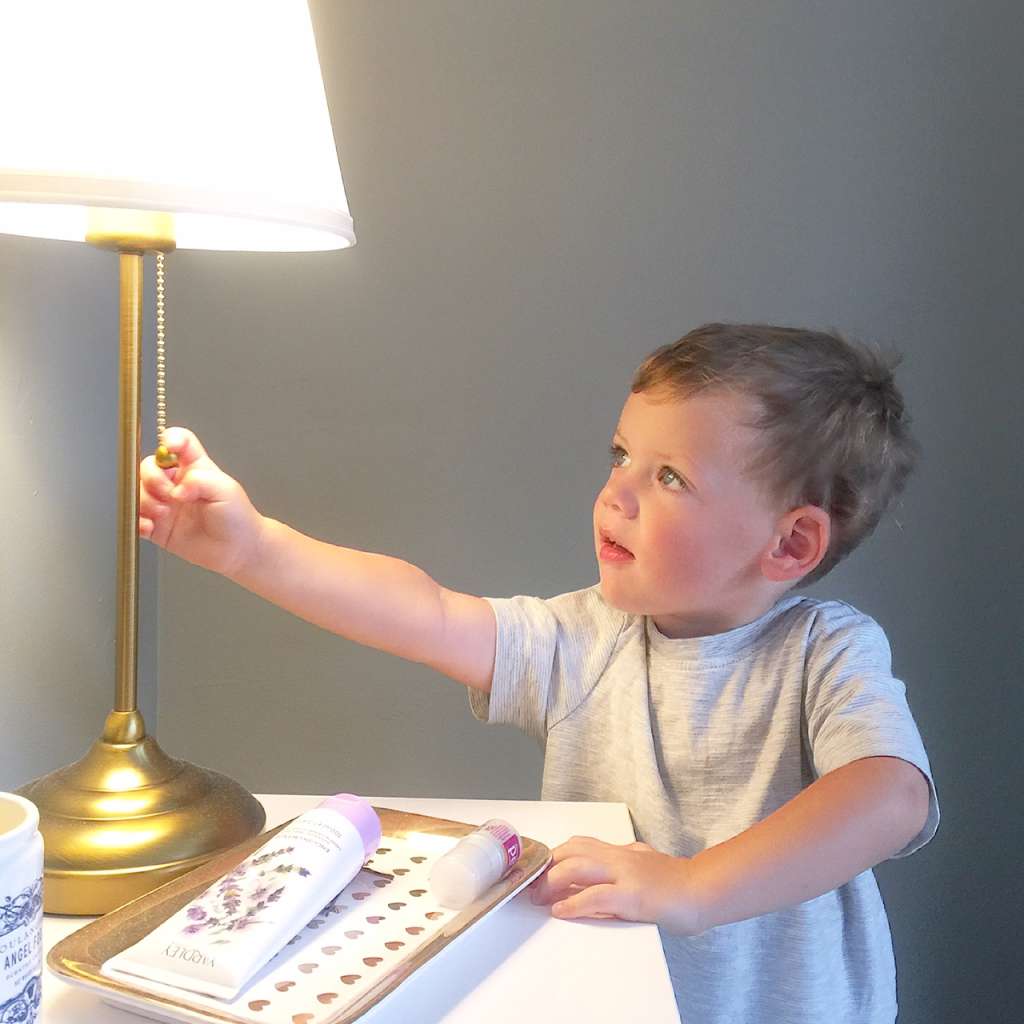 Night time can be a tricky time for deaf children and their parents. For us its because Harry does’t wear his cochlear implants to sleep, therefore when he wakes in the night (which has become a recent habit) he cannot hear anything and can become distressed.  It can be very hard to calm him down and communicate with him because its dark so he can’t lip read well. He’s also over tired so doesn’t want to put his implants on.

This is getting a little better with time, and we have found leaving a dim light on helps him to see us when we come to comfort him. We have been practicing lots of bedtime sign language!!

This isn’t necessarily a challenge we have faced but one we have avoided for now.  Harry currently goes to a childminder where his care is pretty much one-on-one, with only a couple other children attending. I feel that someone with Harry’s level of hearing loss and with his equipment to manage a nursery setting might not be right for him at his age. I think during the next year or so we might start to think about pre-school to prepare him for a school setting, but for now, while he can’t manage his cochlear implants well by himself, having a childminder is the most suitable childcare for him and our family. 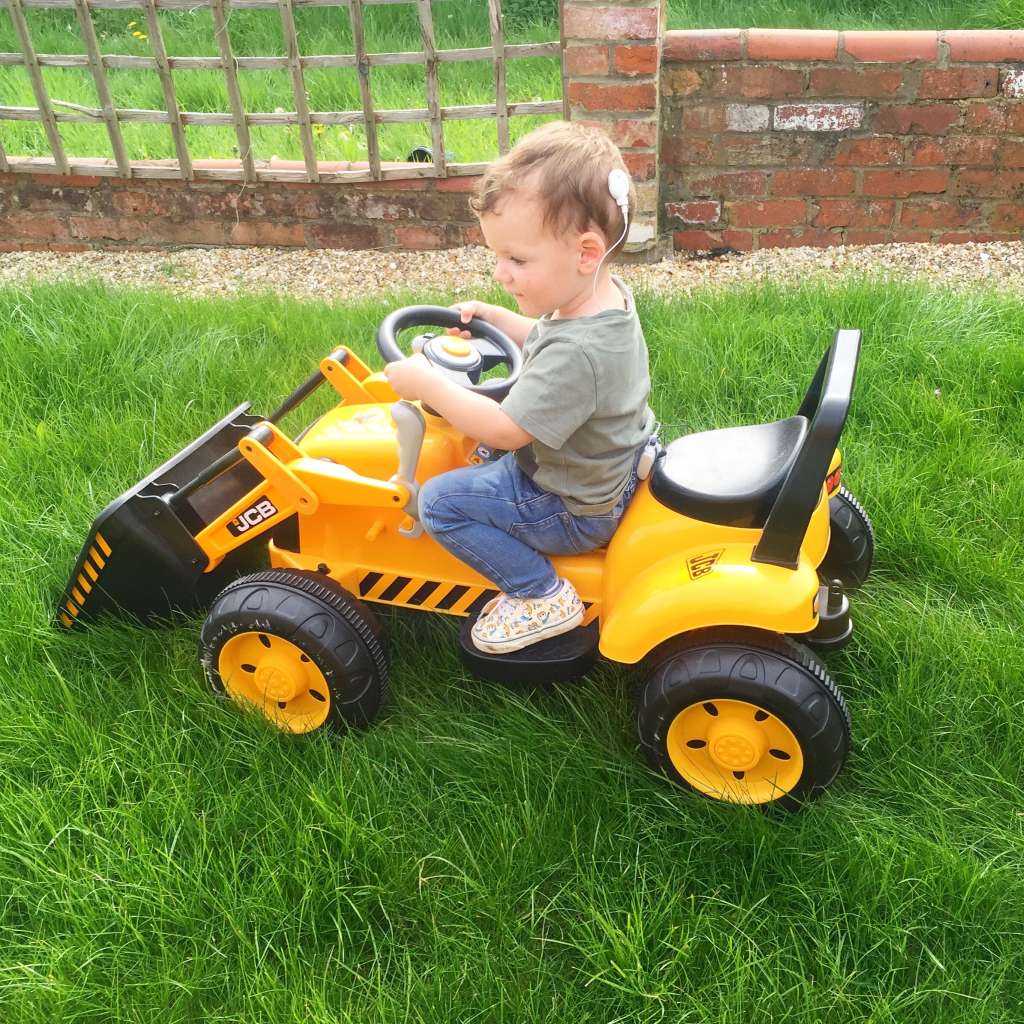 Being outdoors with our deaf child is still a bit of an ongoing challenge for us. We do find that when we are outdoors, particularly if its a windy day or if Harry is quite a distance away from us that he doesn’t hear us as well as he would inside. I think this is because the wind on his microphones could be quite noisy and also acoustically when you are outdoors, sound has nowhere to really bounce off and gets lost easily.

This is something the company that makes Harry’s cochlear implant are working on, and some models are able to have a “windblock” software added.

What challenges have you faced since your child was diagnosed with a hearing loss? How did you overcome them?