5 tips for attending a doctor appointment with hearing loss

Tips for keeping a baby’s hearing aids in their ears

Our 11-month-old baby Raina loves to pull her hearing aids out.

Her tiny fingers will grasp at her ears even when she’s not wearing hearing aids! Since consistent hearing aid use is important for language development, we asked her audiologist for ways to help our baby’s hearing aids stay in.

“When it comes to babies pulling their hearing aids out, it’s not a matter of ‘if,’ but ‘when,'” Raina’s audiologist told us.

To help prevent her from pulling her hearing aids out, the audiologist gave us three suggestions. To try bonnets, headbands and even wig tape. While we haven’t tried wig tape, we’ve tried everything else. Bonnets have helped but she is beginning to learn how to untie them.

Thankfully, the audiologist said that pulling hearing aids out is a phase that our baby eventually will grow out of.

“The two important things with infant earmolds is they need to be bulked up and the canal needs to belong,” Raina’s audiologist told us. “Doing these two things helps with retention as well as prolongs the life of the earmold for these little ones.”

Bulking up the earmolds is written as “double dip” or “triple dip” on the earmold order form completed by the audiologist. This helps counteract the infant’s fast growth rate.

Even with perfect earmold fit, keeping our baby’s hearing aids in is very difficult.

Relax, even when they pull hearing aids out

The audiologist said we shouldn’t stress even if Raina’s daily hearing aid use isn’t perfect.

“Even if she’s only able to wear her hearing aids a few hours each day, that’s more access to sound than she would’ve had otherwise,” Raina’s audiologist said. 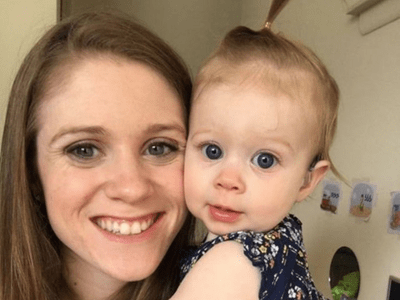 “My daughter was aided at seven months and my first fear was that the hearing aids were choking hazards. I watched her like a hawk whenever she had them in and I usually had to put them back in at least 15 times a day. Sometimes I’d give up. We eventually got headbands and that helped hold them in for a while, but it was months before she would keep them in for more than twenty minutes at a time.

As she got older, she would keep them in for more than 20 minutes at a time. We would correct her when she took them out. I’d say something like, ‘Remember you need to wear these, they help you to hear.’ If she kept taking them out, I would give grace and just keep them out for a while. I never wanted negative feelings toward them.

When we got our first pair of Phonak Sky Vs, she instantly started keeping them in for hours at a time. Maybe they were more comfortable? Now that she’s over the age of one, she will rip them out if she wants attention because she knows we come running! I usually keep them out at that point because I don’t want to acknowledge that behavior. This week was the first time she cried and pointed to her ears, asking for the hearing aids to be put in! She’s finally learning she likes them in. My biggest tip would be to give yourself grace as a parent. I had to come to terms with the fact that she was not going to wear them every single waking hour, it was just impossible.” – Courtney 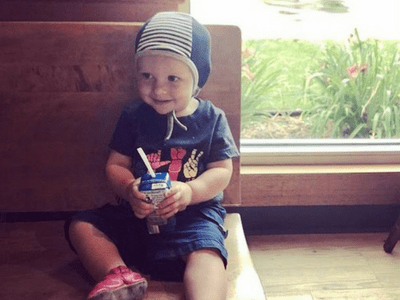 “It is an ongoing struggle with my son Duke. The mesh pilot caps have been a lifesaver but he is learning how to get under it and pull the hearing out when he really wants to! I recently met another mom whose own child got used to his hearing aids at 18 months old. So I think we just have to keep trying and eventually they get used to it. I also call it his “special ear” and make a big deal when I put it in in the morning, such as,  ‘Oh, Duke can hear with his special ear!’ He gets all excited.” – Natalie 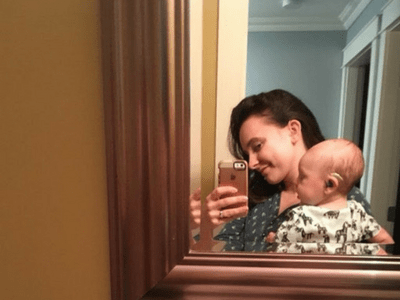 “We have lots of pulling out hearing aids here! A pediatric clip helped warm me up to the idea of going into the outside world. I had the cap on top of that too! Now my son is pretty okay without either but when we are out and about I usually do the cap. The double-sided stickies never worked because he would just rip them out – hair included. We drive a lot and I have the hearing aids in an eyeglass case. It makes it easier to find in the diaper bag. And at home, we are trying to get better at keeping the hearing aids ready to go in only two places: his night stand or a spot in the kitchen. That way we see them and remember better to put them on. In a perfect world, I put them on before he even comes out of the crib because then he forgets them quicker. The best tip I was given was to put them on and then do an activity. They will forget they’re in a little easier!” – Kelly

What advice do you have for keeping your children’s hearing aids in their ears? Let us know in the comments!