Stress of a hearing test from a hard of hearing perfectionist

Make a New Year’s Resolution to Wear Your Hearing Aids

All you need to know about 2018 #DeafTalent

As 2018 draws to a close, it’s a perfect time to reflect on this year of #DeafTalent in the media.

From shining stars to raising deaf awareness, here’s how the industry is slowly coming to realize the potential of deaf actors.

Deaf actress Millicent Simmonds, who starred in Wonderstruck, appeared on our screens once again in the drama/thriller film  “A Quiet Place.”

The storyline incorporates sign language as the main method of communication. The characters rely on sign language on to survive and escape monsters that attack if I sound was made. Director John Krasinski went out of his way to ensure a deaf actress was involved. He asked members of the deaf community to help the on-screen family learn sign language for the film.

British TV saw #DeafTalent in Coronation Street and Casualty this year, two well-known soaps. In one episode, Coronation Street featured two extras having a chat in sign language. This episode aired during Deaf Awareness Week in May. It may not be a major storyline, but a little deaf awareness goes a long way!

Gabriella Leon appeared in Casualty as Jade, a nurse. There were subtle hints of her hearing loss, from her hearing aid battery dying to her using sign language with a patient. It got me wondering if Gabriella has a hearing loss herself.

I looked on Twitter and Gabriella revealed she is “moderately deaf and can sign!” Another great way of incorporating deafness into mainstream TV, but also proving people with hearing loss can work in the medical sector. 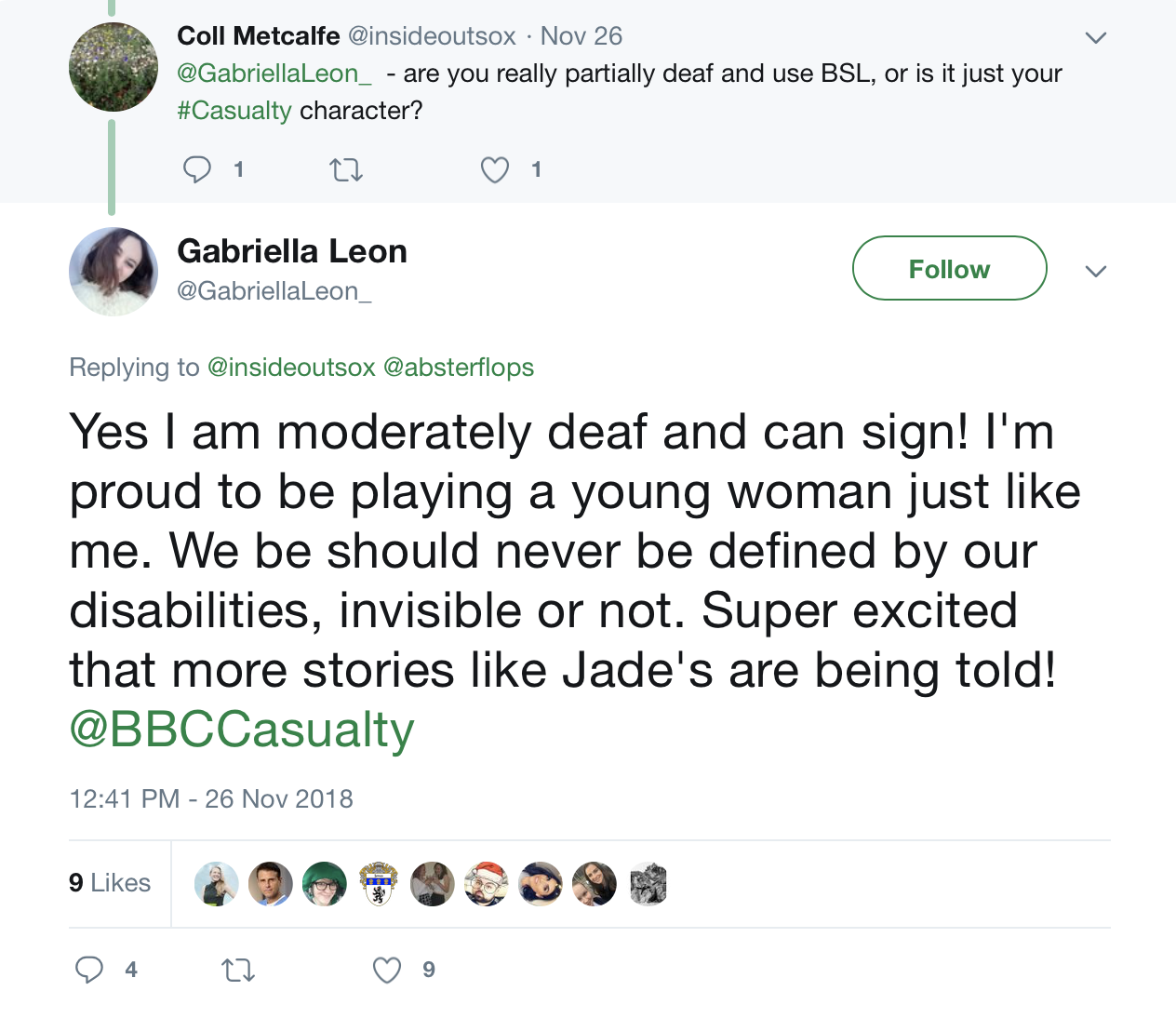 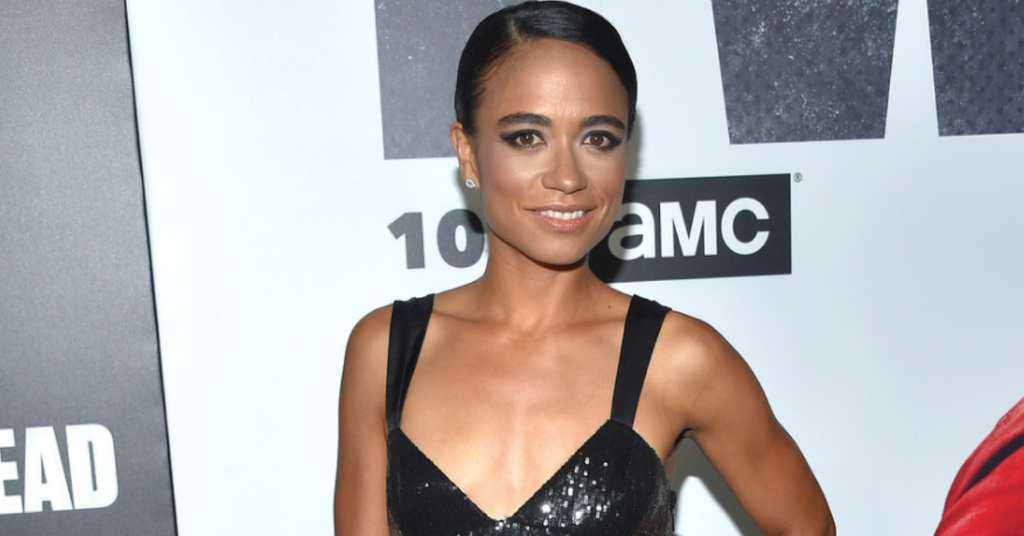 In October, season nine of “The Walking Dead” featured deaf actress Lauren Ridloff. She played a major role as a deaf character using American Sign Language (ASL) to communicate. The show was rewarded with positive comments for including deafness and helping to raise deaf awareness.

Although the industry has a long way to go with recognizing the potential of the deaf community and incorporating more deaf and disability storylines, it’s reassuring to see the efforts made this year.

However, there was a film that arose this year which faced backlash for casting hearing actors to play deaf characters.

Creed II which premiered in November created a divide. This primarily was because one of the lead characters, Bianca has a progressive hearing loss. The actress Tessa Thompson who plays Bianca, doesn’t have a hearing loss herself. In the film it is seen as a big part of the story which may have an effect on her character’s future.

Although Bianca’s hearing loss in the film is progressive; you can see the reason for casting a hearing actress to play this role. It can be more difficult for a deaf actress to play the initial hearing person.

Thompson’s younger brother has a hearing loss and she “spoke to him to prepare for the part”, as well as speaking to deaf actress Lauren Ridloff. It is good that she did her research to help prepare for the role.

“It’s important particularly in media to reflect that hearing loss doesn’t have to be a pained experience,” Thompson told BET.

Does the media portray deafness correctly?

The Shape of Water

“The Shape of Water” scooped an Oscar at the start of the year for “Best Picture,” although the film was criticized for not portraying ASL in a positive light.

The film features a mute cleaner and a creature in a fish tank who use ASL to communicate with one another. It seems that there is no relation to deafness in the characters or through the actors who play those characters.

Sierra Burgess Is a Loser

Netflix series, “Sierra Burgess Is a Loser,” was also subject to criticism for misusing deafness.

Deaf Model Nyle Di Marco took to Twitter to say how he was “elated” to learn of one of (his) close friend’s deaf brother was cast in “Sierra Burgess”, contributing to his joy for “finally more deaf actors/representation & ASL inclusion in films.”

However, he was just as shocked to find out that in one particular scene, the lead character, Sierra, decides to act deaf. This backfires when Jamey signs to introduce his little brother (played by deaf actor Cochise Zornoza) and was criticized for misrepresenting the deaf actor. Also, for ‘using deafness for a joke.’

All in all, there’s been greater inclusion of D/deaf actors across the media, but there’s always room for more! Let’s hope Hollywood can see their shining potential and the opportunities that their deafness can bring.