An interview with actor Nathan Borg of “Neighbours”

The 25th season of The Bachelor, which aired on January 4, 2021, has a few firsts for the franchise. One of them includes the first deaf contestant.

Typically, the Bachelor or Bachelorette is recycled from the previous season, but not this time. Matt James, the lucky guy who gets to date 30 women, has never been on the show. He was almost a contestant on Clare Crawley’s season, but producers nabbed him to star in his own. James is also the first Black Bachelor. 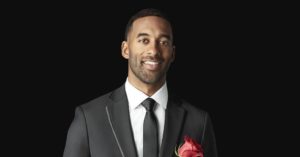 One of the contestants vying for his heart is Abigail Heringer, the first deaf person on the show. She isn’t the first contestant with a disability; that honor goes to Sarah Herron, from the 17th season (she also appeared on Bachelor in Paradise). Herron was born with only the upper half of her left arm.

Read more: ‘The Bachelor’ finally has a deaf contestant

Heringer, a client financial manager, was born deaf and received a cochlear implant at the age of two – the earliest age possible at the time. The Oregon resident also has an older sister who is deaf. This kind of deaf representation is a big deal for so many reasons. Most deaf reality show contestants use ASL to communicate, save for Christy Smith on Survivor and Justin LeBlanc on Project Runway.

Contestants like Luke Adams on The Amazing Race (twice) and Nyle DiMarco on America’s Top Model got a lot of attention. Those of us who are “speaking deaf” have yearned for more representation, and Heringer is doing us proud. She’s showing that it’s possible for deaf people to speak – and well. And that some of us have cochlear implants, which help us function independently in society.

According to Glamour, Google searches about cochlear implants reportedly skyrocketed after Heringer’s Bachelor debut. The following was retweeted by Heringer:

This is why representation is important 👏🏼 look at how many people are educating themselves on the deaf community and cochlear implants just from abigail’s story #TheBachelor #BachelorNation pic.twitter.com/5X4TfQByn8

Full disclaimer: I used to be a regular Bachelor viewer, until I got sick of the recycling of contestants (and other things about the show). But news about Heringer pulled me back in. It’s a bonus that the show was filmed at Nemacolin, which is near Pittsburgh (my current hometown). I expect to see some familiar scenes.

If you don’t want any spoilers, don’t read beyond this point!

Within minutes of the show airing, I remembered its high cheesiness quotient. Combine that with the obligatory gratuitous bare-chested shots and captioning that describes the music in a multitude of ways: exciting, relaxing, uplifting, and stirring.

The show always has a few close-up interviews of some of the women before they meet the Bachelor. The second one was Heringer. The 25-year-old told the camera, “So I was born completely deaf. If I take my cochlear implant off, I can’t hear anything. It’s kind of an awkward thing to bring up like on a first date, like I have something to overshare with you real quick. I love when people ask me questions, it makes me feel better.”

I asked my hearing husband if he could detect a deaf accent, and he said she had a slight one. This was evident from reading her lips.

Before James met his harem, he had a fireside chat with host Chris Harrison. He shared the pressure he feels about being the first Black Bachelor. As a product of an interracial marriage, he gets it from both sides. Being vulnerable in the past led to heartbreak, but James said he’s done running and is ready to find love.

Cue the women. This is when the real competition begins. Many employed gimmicks to stand out, each more ridiculous than the next (like the one who came out in lingerie and had James pick which dress she should wear).

Heringer walked out in a cobalt blue one-shoulder dress and immediately told James, “So there’s something a little different about me. And that is, I’m deaf, so I’m gonna be reading your lips a lot tonight. Luckily you have really beautiful lips, so I’m not complaining!” “I’m gonna enunciate for you,” he responded.

As Heringer walked away, James had a big smile on his face. “She is gorgeous,” he told the camera. “I’m blown away.”

This is when the women size each other up – either blatantly or discreetly – and try to get their time in with James. Ironically, when we first see Heringer, she’s sitting next to the one contestant who has an accent (Magi, from Ethiopia). I couldn’t help but wonder how Heringer was keeping up with the cocktail party chatter, and whether she disclosed her deafness to the other women.

After James made all of his introductions outside, he came in and kicked the night off with a speech and prayer. Again, my thoughts went to Heringer. Was she able to follow what he said from where she was standing? During the prayer, everyone bowed their heads. Did Heringer? I don’t know how much she can understand without lipreading, though my guess is a fair amount given how young she was when she received it.

As the women interrupt each other during one-on-one time with James, some of them never get their chance. But Heringer did. As they chatted, they held hands. Heringer was shaking, but said James’ smile was calming. “You’re gorgeous,” he told her. Referring back to their initial meeting, he acknowledged how honest and open she was. “You remember!” she said.

James urged her to continue. “You said your sister had gone through kind of a similar experience.” “Both my sister and I are deaf,” Heringer replied. “She’s a year and a half older and paved the way. I followed in her footsteps.” Her sister is vocal about telling people about her hearing loss and has been supportive about Heringer being on the show. Heringer is close with her family, and said they want what’s going to make her happy at the end of the day.

James told Heringer that he went blank after he heard her name. She was gorgeous and he couldn’t think of anything else, he said. She asked if he saw the car door hit her, but he totally missed that. As they stared into each other’s eyes, their connection was clear. “I’m so glad you’re the Bachelor,” she said. Then he leaned in for a kiss – the first real kiss of the night!

An Entertainment Weekly episode recap described the moment: “So to recap: The very first Black Bachelor and a deaf woman just shared a kiss on national television. Maybe 2021 really will be better, rose lovers!”

The First Deaf Contestant Gets the First Impression Rose

Immediately after that, Heringer told the camera that James was so easy to talk to and that she was giddy. Then James walked in with the First Impression Rose. “One of the things I challenged the women with was being vulnerable,” he told her. “And I felt like you were everything that I am asking of these women tonight. And knowing that you’re a fighter, I thought that it was only appropriate that I ask you something. Will you accept this rose?”

This rose marked Heringer safe at the first rose ceremony. “I’m like on cloud 9 right now,” she told the camera. “The fact that he sees the potential in me just makes me really excited. I’m just super excited just to hopefully keep it going and learn more about each other.”

These rose ceremonies are known to be hours-long, going through the night. Sure enough, one of the exiled contestants walked out in daylight. Sleep deprivation makes it more difficult to lipread, so I couldn’t help but wonder how Heringer fared. It was also hard to tell whether she was able to lipread James from her position in the group.

It wasn’t clear whether Heringer was featured in any of the scenes showed in the season preview. Despite their initial spark, if the preview is any indication, James falls for several other women and many tears are shed.

What’s interesting is what Heringer’s mom told the Statesman Journal. “I was surprised she was willing to share her story about her hearing loss,” Suzie Heringer said. “It’s something she usually doesn’t talk much about.”

Looks like Heringer’s sister Rachel has been a good influence in getting her to be more open. And so far the first deaf contestant appears to be a fan favorite. Stay tuned; we’ll report back on what happens next week!