Support for parents of deaf children

My favorite YouTubers (who caption!)

Derrick Coleman may be the most well-known deaf athlete in the NFL, but he definitely wasn’t the first.

Here are four other deaf NFL players who paved the way for other football athletes with hearing loss.

The first known player with hearing loss in the NFL was Larry Brown (#43), an offensive running back who played for the Washington Redskins. Brown’s famous coach, Vince Lombardi, reportedly first noticed the athlete’s hearing loss in 1969, after observing Brown’s habit of titling his head in one direction when listening to signals being called, walking behind him in drills, and not always reacting when Lombardi would call his name.

“One day while watching game footage in slow motion, he asked me why I was late moving on the snap count,” Brown told The Washington Times in 2008. “I told him I had difficulty reading the defensive alignments. I thought my answer would satisfy his curiosity and put the issue to rest. Later in the week, I was sitting in front of my locker at RFK Stadium when I saw two men approaching me in long white coats and I said to myself, “What could I have done to deserve this kind of treatment?” I remember thinking “St. Elizabeth Hospital (insane asylum) here I come!” Fortunately for me, these men were there to give me a hearing examination, which confirmed that I was deaf in one ear. Shortly thereafter, Vince got permission from the NFL Commissioner to install a hearing aid in my helmet. The day we tested it, he asked me to put the helmet on and go to the other side of the locker room. He said, “Larry can you hear me?” I said, “Coach I have NEVER had any trouble hearing you.” We had a good laugh and the rest is history!”

After Brown was fitted with a hearing aid, he went on to enjoy a successful NFL career, including being named the NFL MVP in 1972. His career was cut short in 1976 due to numerous injuries. Brown’s jersey number, 43, while not officially retired, has not been issued to any other Redskins player since. 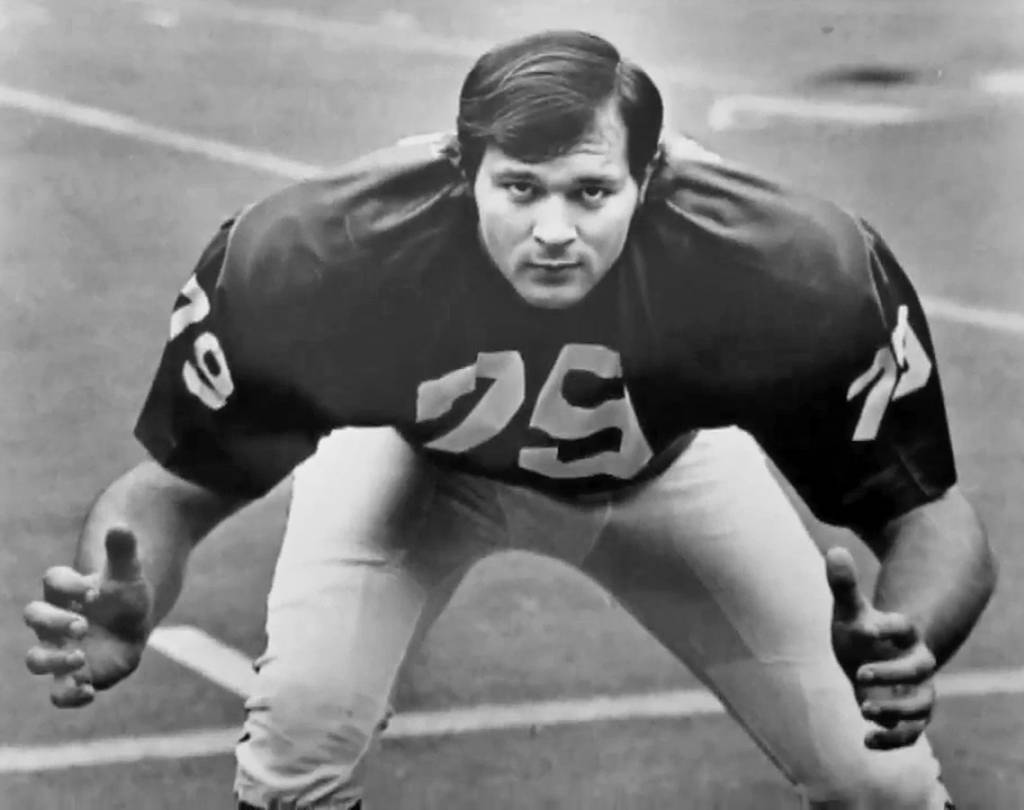 Bonnie Sloan (#73) played in four games as a defensive tackle for the St. Louis Cardinals (now Arizona Cardinals) in 1973. Before his career-ending knee injury, Sloan was a decorated high school athlete. In 2014, he told FOXSports.com that he never had a deaf role model in sports, and never thought of himself as an inspiration. He did, however, sometimes feel like his deafness was a challenge in his sport at the time.

“I know a number of people doubted my ability,” he told FoxSports.com. “The first person that doubted me was my high school football coach. He didn’t even want to give me the chance to try out for the team. My PE teacher from elementary school was able to talk him into letting me try out for football.

“It has just in the past few years that really being the first deaf football player has been recognized by awards and such. It is amazing to me how after all these years people still want to recognize me for something that happened so long ago.” 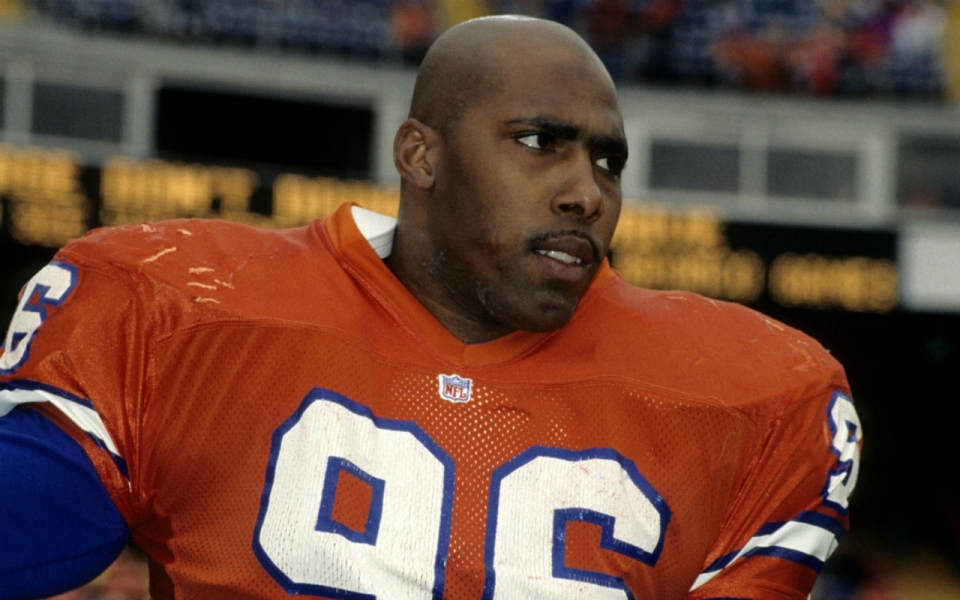 Kenny Walker played two seasons in the NFL as a profoundly deaf athlete. His hearing loss is contributed to to a bout with spinal meningitis that he contracted as a two-year-old. The defensive linebacker (#96) says the key to his successful football career with hearing loss was having supportive people and programs around him.

“If you get the right person to coach that program, they don’t consider communication problems as a challenge. It can work,” he told Aljazeera American in 2014.  “Hearing people need to be open and allow that door to be open for the deaf and hard-of-hearing players; give them the chance to make it work. For the deaf players, I would say never give up on your dreams. Do the best you can, find the right way to communicate and the access you need and the right fit for you.”

Prior to his NFL career, Walker was a starter for the University of Denver in the 1980’s. At his last game, he was “silently applauded” by more than 73,000 fans in the “biggest ovation you never heard.” Walker is only able to hear noises over 110 decibels and knows sign language, according to CBS Denver. 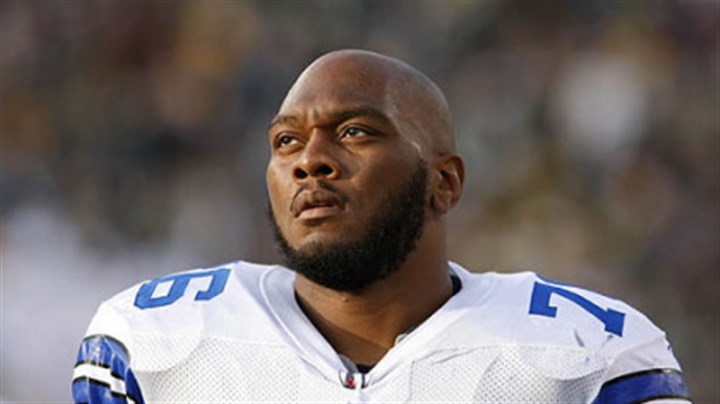 Partially-deaf former Dallas Cowboy and Pittsburgh Steeler offensive tackle, Flozell Adams had a long career in football, including being a five-time Pro Bowl selection. According to his Wikipedia page, Adams was first drafted to the NFL by the Dallas Cowboys in 1998 in the second round, but “was originally expected to go higher, but questions about his partially deaf right ear and his athletic ability made teams wary of his potential value.”

At the end of his career with the Dallas Cowboys, he told NBC Sports that he “really (didn’t) know why the Cowboys got rid of (him).” He went on to play a successful season as right tackle for the Pittsburgh Steelers in 2010. The team made it Super Bowl XLV that year, but lost to the Green Bay Packers. He was reportedly released in 2011 due to issues with his salary.

Do you know of any other deaf NFL players? Let us know in the comments!